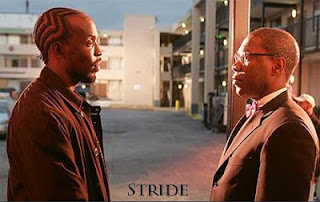 I believe that the third season is very interesting in any television series.  Usually it works this way;  if the first season is exceptional and gains a sizable audience the second will have much loftier expectations.  The second season comes and it can really be a make or break (see “Heroes” for a prime example of how good series’ go wrong).  If a series can get past a lackluster second season and moves into the third season, a network usually has faith.  Also, a series can usually hit its stride in season three, and that is exactly where “The Wire” found itself after two seasons in the books (Wow, that has to be a record for using the word “season” in a single paragraph).

I like to call this season of “The Wire” The Comeback.  We move away from the docks of Season Two and re-concentrate back on the East and West Baltimore drug war and the City of Baltimore’s “war on drugs”.  We meet some new characters including Marlo Stanfield, an up and coming dealer who lives by his own code, and his two lieutenants, Chris and Snoop.  On the “law” side we get better acquainted with “Bunny” Colvin, a police Major on his way to retirement with his own ideas on how to solve West Baltimore’s drug problem, and Tommy Carcetti, a councilman with mayoral aspirations.

The first episode really sets the tone for things to come with a very symbolic “downing” of the Franklin Terrace Towers in a scene very reminiscent of the 9/11 tragedy.  However,instead of using Muslim extremists as terrorists, we see the City of Baltimore bringing down the Towers and the dealers looking on, helpless, seeing their way of life, essentially, coming to an end.  After this event, battle lines are drawn all over the city and by the end of this season, several characters meet their “ends.”

Overall, if you’ve stuck with “The Wire” for two seasons, this is a great payoff for your time spent following everyone from Bodie Broadus to Lester Freamon as their characters, and several other main characters, continue to develop.  If by the end of season three you don’t think “The Wire” is the best TV drama ever (I won’t go best show ever) you should stick to your Kardashians or “Jersey Shore” shit.

Fun Fact:  You might know Tommy Carcetti, or Aidan Gillen, for playing another scumbag; Petyr Baelish, aka, Littlefinger on HBO’s “Game of Thrones.”