With the Jewish High Holy Days under way, I felt it only appropriate to include a movie that I not only find amazing, but in a way, a birth rite of sorts for the Jewish religion.  Move over “Hebrew Hammer,” step aside “Fiddler on the Roof,” that film would be “Schindler’s List.” 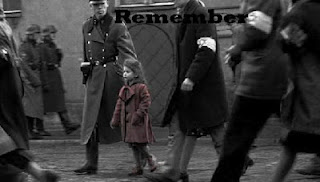 Let me start with this; I’m in no way a religious person, you might even call be a very poor example of what a Jew should be. I eat cheeseburgers, I enjoy baby back ribs, and I do not actively attend temple on either Friday, Saturday, or any day for that matter. However, I respect a religion that doesn’t push it’s ideology all the way down your throat, maybe just the tip (as long as it’s circumcised).

Just in case you haven’t seen, or heard of “Schindler’s List” I’ll give you the rundown; Oskar Schindler (played by Liam Neeson, or the bad-ass in “Taken 1 and 2”) is a factory owner, and Nazi Party member, who hobnobs with the Reich in the evening to keep up good relations in the lead up to Adolf Hitler’s “Final Solution.”  As the German war effort ramps up, and the Krakow ghetto is liquidated, Schindler begins to see his Jewish workers as more then just workers, but victims in a senseless crime committed by the party he is affiliated with, and he tries to save as many of his “workers” as he can with his “list.”

Along with Neeson, the cast is aces, with Ralph Fiennes starring as SS guard Amon Goeth and Ben Kingsley as Itzhak Stern, but it would be nothing without the direction of Steven Spielberg.  Spielberg captures Poland in the late 1930’s and 40’s perfectly, and shooting the film in black and white adds to the stark backdrop of the era.  The film only features two scenes with color as Schindler sees a young girl in a red coat being lead away from the ghetto, and later that same girl, in her red coat, seen by Schindler again as just another dead body.  The color usage is supposed to be the point where Schindler starts to see the Jewish people as not only his workers, and/or property, but as human beings, and we begin to see his transformation from factory owner to savior.

Some people might see “Schindler’s List” as exploitative, or narrow-minded in its view of World War II, but it’s a film that shows people the horrors of the Holocaust (sure, it’s a movie made in America, by the man behind “Indiana Jones” and “Jaws”) and you have to merit a film that just about anyone can relate to.  There are themes of redemption, perseverance, faith, sacrifice, and love, and seeing where Oskar Schindler started, a well-to-do Nazi Party member, to where he ends up, on his knees wondering why he couldn’t save more people, is as beautiful as it is tragic.