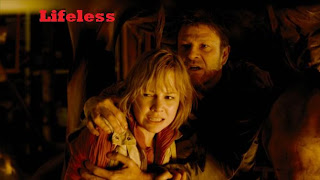 Video games have had a rough history in cinema.  Aside from maybe “Tron,” video games and movies are like oil and water.  The problem is that studios try to pander to the people that play the games as opposed to an entire film audience.  I liken it to an inside joke where the people that get the joke love it and everyone else is left scratching their heads.  That’s how “Silent Hill: Revelation” is, in addition to being a lifeless sequel that probably came five years too late.

I’ll preface with what I’m about to unleash on “Revelation” with this; I like the “Silent Hill” franchise.  When the first game came out on PlayStation it was atmospheric, creepy, and the plot was relatively coherent.  That continued into the first sequel with more back-story given to the city of Silent Hill, but the game started to fizzle after that.  The first “Silent Hill” film had some good ideas and a decent writing and directing combo, Roger Avary of “Pulp Fiction” and “The Rules of Attraction” fame and Christophe Gans, who directed the underrated “Brotherhood of the Wolf,” respectively.  Neither have anything to do with “Revelation” and it shows, you can tell that the studio is simply out to make money and pander to hardcore “Silent Hill” fans that still think the franchise is relevant.

The plot, if you can call it that, revolves around Heather Mason, aka, Sharon Da Silva from the first film.  Heather, and her father Harry Mason, played by Sean Bean, are on the run from a mysterious evil looking for Heather.  At some point Harry is kidnapped and taken to Silent Hill and Heather, along with Vincent, Kit Harington from “Game of Thrones,” venture into the darkness.  What plays out is pretty much what you would expect;  there are freaky monsters, including the iconic “Pyramid Head,” a moment where all hope seems lost, and finally our heroes riding off into the sunset, escaping Silent Hill.  I’ll tell you what; go find “Silent Hill 3” in the bargain bin for your PlayStation 2 (or even Xbox 360 at this point), play it, and I assure that you’ll have a better time.

“Revelation” tries to build on the mythology of the first film, but it comes off as a slow burn with music and jump scares that come off dated.  Its not a bad film, but it certainly isn’t a good film either.  However, I will say that Adelaide Clemens (who has to be the love child of both Carey Mulligan and Michelle Williams) is the splitting image of her video game counterpart, but some of the other characters……ugh.  Bean is mailing it in despite his limited screen time, and the once great Malcolm McDowell is at his hammiest, even outdoing his performances in the Rob Zombie Halloween remakes.

Will there be another addition to the “Silent Hill” film franchise?  I hope not.  I will admit that I was excited to see “Revelation,” but it ended up being just like the scary nurses….lifeless.  Oh I nearly forgot, I didn’t bother to see this in 3D either, there is no reason for 3D in modern cinema.  It was cool in the 1950s when giant insects were attacking us, but it’s time to grow up and take off those silly glasses.  You look like this guy, and that’s scarier than “Silent Hill: Revelation.”