Originally I was reviewing 1995’s Nixon. I always thought it was a underrated film, one that was well acted and directed. But as I was watching it, I said it just the same old, same old. I wanted something I thought was unique. I then remembered the 1993 film, Dave. Here’s a film that has no historic importance and is made up completely from the ground up. 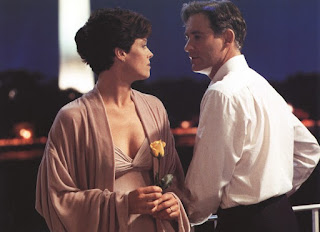 The story is simple, the U.S. President has a stroke. He’s now in a coma and the news is kept quiet. Why? Because this President was “getting around” and if this got out, it could be potentially a large scandal for the country. A temp agency owner who looks exactly like the President is now a part of this. He is put in the President’s place to keep the scandal at a stand still with no one noticing any issues.

This idea in the end becomes a big back up plain that works perfect for the former and new President. The original President isn’t a likable guy, in fact even the first lady doesn’t like him. The new President is a likable guy. When he comes into the Presidency, he also in turn restores the Presidency. But the real pleasure of this film is the little pieces that not to many people notice. I tried to think of another film that centered around a President and it didn’t even tell you his party. I think this might be the only one. This creates a generic President and the film doesn’t get wrapped up into the two parties. This is something that doesn’t happen much in films about politics, which make things even more enjoyable. 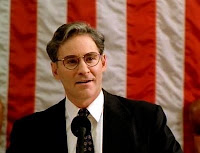 Kevin Kline shines in this film. (Like every film he is in)

Perfect in casting I would have to say.
And the rest is awesome… 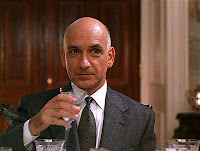 All around a perfect cast that stands out.

All in all this is a fun film to watch. It’s even family friendly and one I think everyone would get a kick out of watching where all one guy wants only to do good for the country. 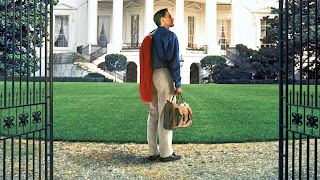