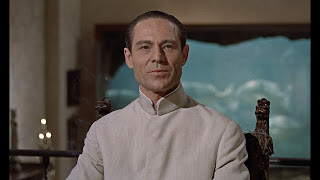 So here it is, the film that started a strong 50 year film franchise. Without this film who knows where the state of movies would be these days. This film is historic and its a damn good film.

Why is this film historic? Well the film had every odd against it and its amazing it even got made. Even if you might not like it, you would have to admit it is historic. 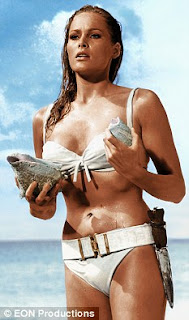 Dr. No is a fantastic film, might not be my number one but it is up there.  The story is good, again not the greatest nor the weakest. The films villain is Dr. Julius No (Is that a badass name or what?) His look and accent for me hit every note one could hope for. He sets the bar very high right out of the gate. To make a film is difficult on so many levels to begin with, but to make a film a classic is something wonderful. Production is second to none (Thanks Ken Adam). Music is great and Terence Young creates a wonderful formula.

There are a hand full of classic scenes, one of course is Honey Ryder’s out of the water shot. You know it if you have seen the film or not, that’s how classic it is. It really boggles my mind how they came up with so many classic introduction scenes in this film. From the first introduction of  these characters to the viewer is simply amazing. But the best is Bond’s. The way this is shot is perfect. Here we have one of the most historic characters of all time and they shoot it 100% perfect. First you hear of “some guy” named James Bond and you don’t see him. We are at a casino and all you see first of him is his hands. Then his back. Then his hands again, this time tossing the cards as he kicks ass at the table. He asks the lady’s name then she asks his name. Now you see his face for the first time as he says,

Cue the music as he lights up a cigarette…

and so it begins! 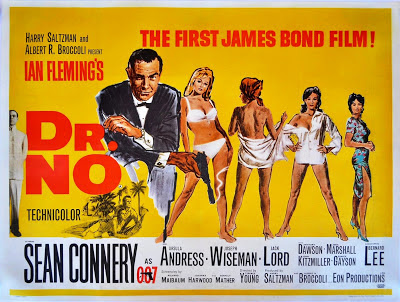 Double-ovember, For Your Eyes Only