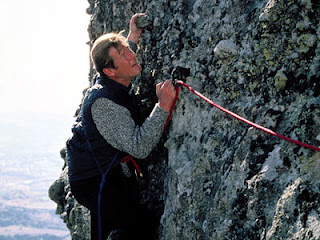 I’ve always said that there really hasn’t been a bad Bond film. Nope they’re all good. Sure we have a few weak ones, but over 50 years that’s pretty damn unbelievable. 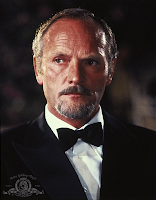 Roger is a fun Bond to watch. But he did seem to get old for the part, to the point I believe they should of started over. For Your Eyes Only should of been the last for him. Because I honestly think this is one of his strongest films and I believe you should always go out when your on top. To give you an idea, after this was Octopussy (1983) and then A View to a Kill (1985) (his final). So yeah should of left on FYEO, but hey it is what it is so…

Intro: Don’t care for that intro. Could of been better, really so much better. Blofeld killed Bond’s wife, should of been a better revenge intro…Thou the song is pretty good. In fact its so good it still plays on the radio to this day! 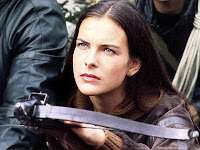 The first half of For Your Eyes Only is a bit weak but the last half is Roger at his top. Roger is everything but a serious Bond, but here he gets there a little bit. It is his Bond’s most serious and I like that.

The film has some thrilling scenes in it. The two big ones are the Ski Chase and Cliff Climbing sequence. Before this was Moonraker, which is what it is. It was a big film with big special effects. For Your Eyes Only went back to the realistic approach and that felt refreshing.

I picked Roger as my word because when I watch this film he’s the one that really pulls everything together. This is do to the some what serious approach we get from Roger’s Bond and I like that. Also when you look at that poster the first thing you notice is Roger, right? Yeah that would be a little sarcasm.

All in all Rogers best film. 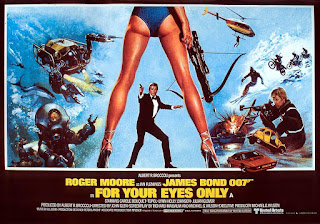 Just a side note: Two actors that appear in this film are on HBO’s Game of Thrones, that’s pretty neat I think!…Or not, man I’m a loser!