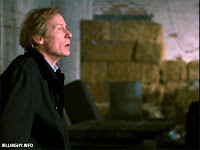 I’m really not sure how this film got under my radar for so long, but I’m glad I finally saw it.
The other day I got home from work early, figure I watch a film and I searched on demand high and low. I found something called Lawless Heart and started to read into it. The film stars Bill Nighy (Underworld) and Tom Hollander (Pirates of the Caribbean). Well I figure that is a damn good enough reason to take a look.
The story straight from IMDB contains, Three intersecting stories about people whose lives are affected by the death of a gay restaurateur.

The film starts off at the restaurateur’s funeral, which becomes a key moment for all and you will come back to this and other moments throughout the film.
Films that warp time and connect stories of different characters, always grabs my attention. I really love to watch films like that. The reason I think I do so much, is the crew, when making a film like this creates a lot of detail both inside the story and visually throughout the film. When you have great characters  this becomes something that grabs me and keeps me around for each persons story and to me that can create a damn good film because we seem not to get that anymore in films.

Bill Nighy, in anything this guy does is simply great. He holds the screen and brings life to characters that you just don’t get out of other actors. He is always someone I look for when I’m looking for a film to watch.

Tom Hollander stands out in this film in a good way. He plays Nick, the gay restaurateur’s partner. He’s character’s story is quiet fascinating and intriguing in a way I never really see in a film.
All in all this is a wonderful acted and written film. I just wish we had more films like this come out more often. If you’re looking for a film to simply sit and relax too, then you should check it out.
(The trailer is shit, but the film is really good)