There comes a time, when a moviegoer just gives up after watching a film like this at their local theater.

Keep in mind please, ticket prices are pretty high these days. I believe it cost me something like 15 bucks to see this movie. I could use that cash on a few good blu-rays then a shitty film… Did I want to see this film, NO.

Did the group I was with, in a democratic vote choose, “A Haunted House”, YES.

Is this film good, Nope.

I don’t know, shit like this kills the joy of going to the theater with friends anymore.

Is it a comedy? Yes it is, but its not funny, so is it still a comedy? Hell I have no idea anymore. They spent $2.5 million on making a script that has no reason to be made. A 8 year old kid with that money could draw up a better film on there tablet then Marlon Wayans and Rick Alvarez “wrote” on paper.

Just skip it…please save your money and time. 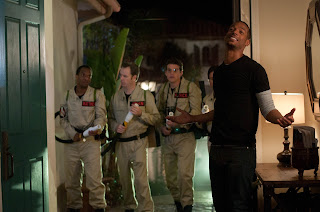