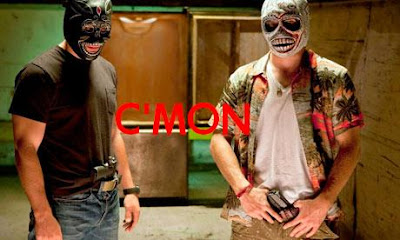 When you think about Oliver Stone you have to think about the amount of directors that he’s influenced;  I would bet one American dollar that there isn’t a director, living or dead, that would say they weren’t influenced by either the writing or directing talents of Stone.  He uses spiritual imagery in an effective way, loves to show sex and violence, but there is still a tongue-in-cheek element when he goes to the extreme, especially in his post-“Platoon” work.  Lately he’s had his ups-and-downs, trying to cash in on old ideas (“Wall Street”), but when “Savages” was announced I was a little excited.  It looked and felt like old-school Stone, circa “Natural Born Killers.”  Gritty, bloody, sexy, and violent.  Even the cast was young and hip.  So why was “Savages” a let down?  Let’s take a walk.

“Savages” stars Blake Lively as O, or Ophelia, who is “shared” by two independent pot growers/sellers, played by Aaron Johnson and “Mr. Chicken Burrito” himself, Taylor Kitsch.  Everything is going swimmingly for the three until they turn down a request from Baja Cartel Mistress, Elena.  Things go from bad to worse for the three as they find themselves at war with the Cartel.  The violence is brutal at times, but what would you expect from a vicious Mexican Cartel.  Just read or listen to the news and I’m sure you’ll read, or hear, much worse.

Lively is the backbone of this film, and rightfully so.  I think she kind of gets a raw deal in Hollywood due to her “Gossip Girl” ties, but she holds her own in “Savages” and gives a pitch-perfect performance of a girl who is both the “damsel in distress” and the “strong heroine.”  If you want to see Lively in another good performance check out “The Town.”  For someone who you would take a quick glance at and write her off as just eye-candy, she can act, and takes chances.  We need more Blake Livelys and less Brooklyn Deckers and whoever that girl is who can’t close her mouth in “Transformers 3.”

The plot twists and turns and keeps you on your toes throughout.  You really never know who is the next person to get killed or get caught in the crossfire, and the stakes are pretty high throughout the film.  That is until the “end.”  If Stone had more balls he would have ended the film ten minutes earlier.  The “end” is what you would have expected the whole film, but I guess that’s the whole point.  You expect something Shakespearean, but you get a curveball that really makes you say, once again, “C’MON!”  Like “Hamlet” you expect a tragedy, and you get close, but I of course won’t spoil the fun, because all in all “Savages” is actually the best Oliver Stone film since probably “Killers” or I might even go as new as “Any Given Sunday.”

The one thing you’ll take away from “Savages” is that Stone still has it.  He can still make a film just as visceral as he did in his younger days.  After years of dealing with George W Bush, September 11th, and going back to “Wall Street” there was a question as to whether Stone wanted to deal with darker subject matter. We all know that he’s an intellectual, and a thinking man’s filmmaker, but it was great to see him go back to his hungrier and darker ways with “Savages.”

Fun Fact:  As of 2012, according to the U.S. Government, the largest and most dangerous cartel in Mexico is Los Zetas, which is an off-shoot of the Gulf Cartel.