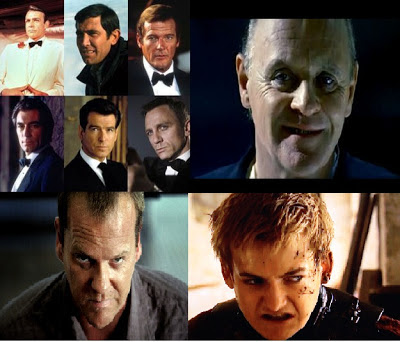 Good day all, just an update to this little, I guess you can call it a contest now.  On Friday we will be starting the draw for the Simplistic Reviews March Madness Bracket of Good and Evil.  To try and make things as random as possible we will be using Random.org to decide who moves on in the bracket.  To make things even more “random” we will be making the draw for each match-up, FIVE TIMES, so the best of five will win the match-up.  All brackets will lock on March 23nd, 2013 at 6:00 pm EST.

Remember if you participate by filling out a bracket and send them to simplisticreviewsblogspot@gmail.com
you could win a beer from Matt’s Private Stash ( the list will be named later based on turn out).

Since we LOVE to be cliched and trite here at Simplistic Reviews, we only felt it appropriate to jump on the bandwagon, whore ourselves out, and create a list of characters from TV and Film (sorry, no cartoons on this one) that we’d like to think are the most vile and evil, as well as the most heroic and dedicated to truth, justice, and sometimes, but mostly not, the American way.

Oh by the way, it’s also NCAA Tournament Time….no big deal.  But what better way to co-opt a time honored tradition like treating athletes like indentured servants and flying out to Las Vegas, doing a lot of coke, and gambling away your daughter’s college fund, than creating OUR version of the NCAA tournament with, what else, make believe people from the movie screen and TV box;  presenting, The 1st Annual Simplistic Reviews March Madness Bracket of Good and Evil, (copyright pending).

For the next few weeks, we will be breaking down the bracket, click HERE for a downloadable version, and pitting characters together in a fight to the “death” to see who will prevail.  Will the goodness of good defeat the badness of bad?  Will a Cinderella story like The Toxic Avenger mop up the competition (see, what I did there) or will Jack Bauer shoot enough people in the head on his way to save President David Palmer……from purchasing bad auto insurance.

Send us your picks, comments, inquiries, hate mail, and general gripes and we will take them under consideration, and by consideration I mean burning them in effigy, so to make things easier for us, send a glamor shot of yourself.  But in all honesty, print out the bracket below, or save paper and just copy it, open it in a program on either a PC or Mac and have a ball.

Print or view the bracket, HERE