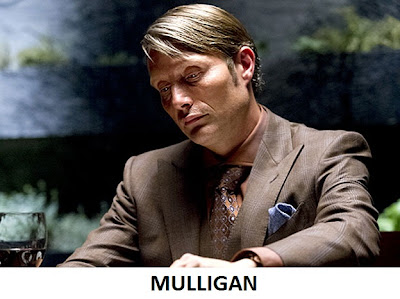 When trying to adapt a specific character from another medium, say literature or film, to television, its always a tricky proposition.  Since the character is already established in said mediums you have to know the audience that already recognizes the character and make them believe the transition is seamless, while still exposing the character to a new market, fans, critics, etc.  One of the most recognizable characters in modern crime novels is Hannibal Lecter; the psychiatrist/cannibal that haunted our dreams through the words of Thomas Harris.  Even if you’re a “lament” you’ve heard of Lecter in some way, shape, or form.  Now we get to see Dr. Lecter on the small screen as he assists criminal profiler, Will Graham, from the novel “Red Dragon” to try and track down serial killers.  While the premiere episode of “Hannibal” was bumpy, at best, I’ll still give it a mulligan for what its trying to accomplish, at least for a few more episodes.

If you’ve seen, or read, “Red Dragon” or “Silence of the Lambs,” you pretty much know the deal.  There is a killer on the loose, in this case a killer impaling young girls on antlers, and on occasion one or more of their organs missing (see where I’m going with this).  Will Graham is on the case, commissioned by Special Agent Jack Crawford, played by Laurence Fishburne, to find the killer.  Crawford brings in another consultant, Hannibal Lecter, a respected psychiatrist from the Baltimore-area.  Graham and Lecter seem an unlikely duo at first with each one trying to outwit the other, but Lecter sense a kindred spirit in Graham with his ability to empathize with the killers he hunts. 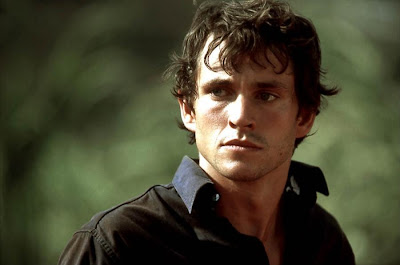 Despite my misgivings about this show, the more I think about it, the more I want to see where it goes.  You know the end of the journey for both Will and Hannibal, but now its the journey of how they both got there.  It’s the cat-and-mouse game that will guide the show onward, which isn’t that bad when you think about it.  With so much fervor on origin stories about mythological characters (just look at every Marvel Studios Phase 1 film) “Hannibal” has a chance to succeed with an audience that wants to know; Why? and How?

While I’ve talked myself off the ledge about the storyline of “Hannibal” my main concern is the casting; namely Mads Mikkelsen as Lecter.  For starters, I like Mads, I think he is a solid actor who knows how to play a villain and steal scenes on occasion.  But I just feel that he is wrong as Lecter.  For starters, he LOOKS like a killer.  The thing about Anthony Hopkins playing Lecter, or even Brian Cox for that matter, was that he didn’t look the part of a psychopathic, narcissistic, cannibal.  He was a posh doctor with a penchant for opera, fine dining, and drawing.  Hopkins was the ultimate wolf in sheep’s clothing.  Mikkelsen, on the other hand, is a wolf in wolf’s clothing. If I saw him walking down the street I would run the other way because I knew I was only a remark away from being served with a nice Chianti.  I also found myself struggling to understand Lecter when he spoke.  Since Mads has a pretty thick Danish accent, not all the dialogue came through clearly which isn’t great when you are trying to hang on to everything Lecter is saying to get deeper into his character and motives.

With that being said, I don’t blame the casting either.  If the creators are basing this version of Lecter on the novel “Hannibal Rising” it makes sense.  Lecter, by birth, was Eastern European, not British as some of us might assume.  While aristocratic, Eastern Europe, namely Lithuania, is vastly different than the British Isles.  Can Mikkelsen outshine Hopkins as a Hannibal Lecter for a new generation?  Well, we’ll have to see about that.

From a literary standpoint, the show sticks pretty close to the source material of “Red Dragon,”  which is good  in my opinion.  It sheds more light on Will Graham and his special gift for empathy, but it comes off as kind of a second rate Sherlock Holmes, more so the Benedict Cumberbatch version than the Robert Downey Jr. version.

Bottom line, I’m giving this show a mulligan.  I can’t judge a show that I have reasonably high hopes for by just one episode.  Sure, there are kinks to work out, and the show suffers from “a style over substance” problem, and if another network had the rights to Harris’ work, namely an FX or dare I say, HBO, maybe the show could push the envelope a bit more, but that’s not really the issue.  I think the biggest thing people are having a hard time wrapping their heads around are the casting choices and the overall mood.  We fear change, and we’ve been spoiled by the Hopkins’ Lecter for over 20 years so when this new, “exotic” Lecter comes along our first inclination is to bash him, and I fully understand why, but before we jump to conclusions, divorce yourself from preconceived notions of who Lecter was, and let this new incarnation do it’s own thing.

Fun Fact:  H.H. Holmes, who lived from 1861 to 1896, has been given “credit” as one of the first known American serial killers.  His crimes were an inspiration for the book, “The Devil in the White City.”