In my younger, retail, years, I worked at Urban Outfitters, aka, Hipster Outfitters.  When I worked there in the early 2000s it had the air of hipster while the term was still in its infancy, but I still liked, and continue to like, the store.  One of the things I liked best was the book/magazine collection.  A lot of counter-culture and obscure reading material was always available including the magazine “VICE” a Canadian-based music and news publication produced on a monthly basis.  I usually just read the music articles and left the news story most undisturbed.  Cut to nearly 10 years later and VICE has a TV show on HBO highlighting what they were trying to do ten years ago; highlight their news stories, which you might call “Investigative Journalism Gone Wild.”

HBO’s VICE seems like the world’s dirty little secret.  The stories in the first episode essentially talked about Killer Kids in both the Philippines and in the Middle East, namely Afghanistan.  From child soldiers, to 14 year old suicide bombers that the Taliban use for their own purposes, you feel sick to your stomach seeing how backwards we are as a global society. 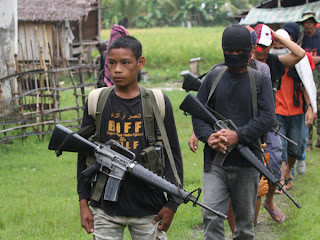 You can check out other VICE exposes on their YouTube page by clicking here for stories that are a little lighter with a touch of humor, but if you want your world news in your face than HBO’s VICE is for you.

VICE is Executive Produced by Bill Maher, who you know from “Politically Incorrect” this stand-up, and HBO’s “Real Time with Bill Maher” so you know the show isn’t going to pull any punches, which I think separates it from other new magazine shows like “60 Minutes” and “Dateline NBC.”  I think being on HBO gives the show even more leeway and allows the show to explore the extreme of fringe news.

The show isn’t going to appeal to everyone; it’s stark, violent, scary, and maybe a little too real for most people, but if you’re an HBO-watcher already, I’m sure it isn’t something you’ve already seen.  Some of the more graphic content was depicted in the second story of the episode, which dealt with teenage suicide bombers in Afghanistan.  Aftermath of explosions were seen, including body parts and bloodied victims.  From a Western perspective, these scenes are rarely seen and have to be searched out to be seen under normal circumstances.  There are several haunting images throughout the story that certainly stick and you want to thank the corespondents for putting themselves into this dangerous situations.

Overall, VICE has plenty of potential, and of course people are going to say the news has a bit of a slant with Bill Maher behind the show, but watch the show, do your own research, and use the stories as a template to improve your own knowledge of world news, even if it is news on the fringe.

Fun Fact:  VICE was originally named “The Voice of Montreal” in 1994, the year it was founded by Shane Smith.