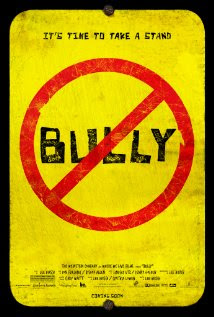 For most kids, the end of August is always a sad time, because that is when Summer fun is over and it’s time to go back to school.  Yes, on one hand it’s when you get to see all your school friends again and you get to share stories about your vacations or how many chicks you hooked up with, or for high school juniors who are now high school seniors; college plans, or, once again, how many chicks you hooked up with or are going to hook up with.  As you can see these were the priorities when I was in high school, or at least what I think most high school kids talked about when I was in high school.  As I digress, going back to school can either be a magical time, or it can be a kid’s worst nightmare.  Let’s take middle school for instance, easily the most awkward time for most kids.  It’s a proving ground for most kids, Darwinism at it’s best, and worst.  Some kids have hit that magical growth spurt and think they can do anything, while the weaker are preyed upon by those trying to stake their claim.  What happens between that bus ride to school and that 3:00 pm bell to go back on the bus can be a mystery.  Sadly, it’s a mystery to mostly parents and school officials as well.  “Bully,” the Lee Hirsch documentary, not the exploitation classic by Larry Clark (come to think of it, aren’t all documentaries just as exploitative?) exposes a frustrating look into the underbelly of the American School System, kids who are bullied, bullies themselves, and the parents who have had to deal with the ultimate cost of bullying.

“Bully” is a first-hand look at how the act of bullying is affecting today’s youth.  Yes, it’s no secret that bullying has been around as far back as the first man.  The strong prey upon the weak and create a hierarchy of the strong at the top, and the weak at the bottom.  Survival of the Fittest if you will.  However, only now are we starting to understand the dynamics of bullying with the discovery of social illness’ and the internal problems within a family household.  The documentary follows kids from all walks of life, including Alex, who suffers abuse on the bus to school and comes to the conclusion that to beat the bully, you might have to become the bully.  A chilling conclusion that bully culture has created, and we’ve seen play out in tragedies like Columbine and numerous other school shootings.

The most frustrating part of “Bully” occurs with both parents and teachers.  While the old adage holds “kids will be kids,” it’s frustrating to see the laid back attitude of teachers and how the wool has been pulled over their eyes by said, kids.  Two unfortunate things have happened to in recent years to schools and teachers.  One is the omnipresent fear that teachers have for their jobs.  Between constant testing, overbearing parents, low wages, the childcare aspect of teaching is lost, so bullying goes unchecked.  The other is the teacher/parent relationship and how it has degenerated.  More so the fault of the parent and the rickety notion that their child is perfect and can do no wrong.  This shows how out of touch most parents are with their kids and the fear that teachers have to tell parents the truth about what’s really going on while kids are in school.

It’s no secret that there is bullying in schools and that it’s never going to stop.  Kids are cruel, especially between the ages of 11-15.  It’s between these ages that kids really try to stake their claim and try to become the alphas in the middle school hierarchy.  The worst part is that kids who are the victims of bullying think this is how it’s always going to be, and sadly lack perspective in the grand scheme of things.  Middle school and high school are blips on the radar of life for kids, but it’s hard to put that in perspective when you’re barely a teenager.

Should “Bully” be required screening for all schools?  Yes and no.  While the documentary shows bullying at it’s worst and the repercussions and consequences it causes either directly or indirectly, the documentary only shows the side of the bullied.  I’d be interested to see what makes bullies…..bullies.  What drives them?  What are their parents and home life like?  What really makes them tick?  I say if you are going to exploit the bullied, why not exploit the bullies as well?

The Bully Debate will never go away as long as tragedies continue to pile up, from suicides to mass school shootings.  However, there simply isn’t a way to fix the issue short of homeschooling all kids, which isn’t a viable option to many parents of bullied children.  It’s a delicate problem in this day and age, but it’s been made worse by overbearing parents and soft teachers who care more about their “jobs” then their real job; their students.

Fun Fact:  For more information on how to become involved in stopping the bullying epidemic, please visit: http://www.thebullyproject.com/