The same holds true for what Disney is trying to do with Marvel.  If you go back 20 years ago, the Marvel name was essentially worthless.  The comic book market wasn’t worth the paper it was printed on and there didn’t seem to be any hope in sight.  Sure, you had Dolph Lundgren’s “The Punisher” and who could forget Roger Corman’s “Fantastic Four,” but those attempts to translate comics to celluloid were busts.  Fast forward a decade, where “Spider-Man,” with Toby Maguire as the aforementioned web-slinger, hits the theaters and everything changes.  With the help of “Spider-Man,” comics are once again viable options, sales went up, and every major studio snatched up as many comic properties as fast as they could, just ask Jay and Silent Bob.  While it was the catalyst, Marvel Studios was also the outlier compared to Fox and Sony.  It always seemed that Marvel Studios had the comic fan’s best interest at heart.  It wasn’t until 2008 with “Iron Man” that you saw what Marvel Studios really had up their sleeve, and what DC Comics wishes they could even get close to sniffing.

But I’m not here to knock DC Comics, I’m here to praise Marvel’s newest tie-in “Agents of S.H.I.E.L.D,” the next step in both Marvel Studios’ and Disney’s passive takeover of our minds and wallets.  “Agents” follows the unsung heroes of the Marvel Universe, secret agents who work under S.H.I.E.L.D, or Strategic Homeland Intervention, Enforcement and Logistics Division (no wonder Tony Stark had a hard time remembering them when he first met Agent Coulson).  In the first episode we find out that Chitauri technology has been stolen and is now being sold on the black market.  There is an unknown hacker group known as The Rising Tide hacking into S.H.I.E.L.D’s databases obtaining classified information, and guess what, Coulson is back!  His death was apparently faked in “The Avengers” and he was sent into hiding by the Agency.  Oh comic book logic…. 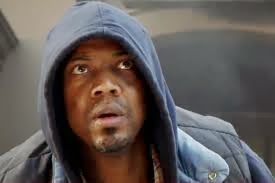 While the show will be eaten up by comic book fans and fans of the Marvel Cinematic Universe, I can see this show becoming a niche.  I say a niche mainly because of the way topics are brought up in the pilot.  To the lament who has never seen any of the Marvel films, especially “The Avengers” you will be lost.  The Battle of New York is brought up casually, the reveal that Agent Coulson is still alive is made to seem like a major revelation, and if you haven’t seen “Iron Man 3” the term “Extremis” will likely go right over your head.

The concept of having a tie-in being this tied-in, is a double-edged sword.  Yes, on one side of the coin, if you love the Marvel Universe, you will hang on to every plot point, reference, and every little detail to see if you can find out how “Agents” will fit into the upcoming Marvel films.

On the other side, this show is catering to one audience; the die hard comic head, whereas the lament will be left to ask questions to his friend who loves comics and it might result in the murder of said lament……maybe.  But, Disney is genius at marketing.  Even if you haven’t seen any, or very few, of the Marvel films this will be an extremely accessible show.  One, because it’s on regular network TV, and you don’t have to have cable to watch “Agents.”  Two, if this show interests you, wouldn’t it be enough for the newbie to seek out the past Marvel films and maybe even start buying comics?  I’d have to say so.  And three, well, Disney has more money than God, so even if this little experiment doesn’t succeed all the way, at least Disney knows where it’s bread and butter is; at the multiplexes.

Overall, “Agents” has huge upside, and it’s a calculated risk that will likely payoff, mostly because this show is going to be a launching point for more niche heroes.  I’m just spit-balling here, but you could end up seeing the likes of Luke Cage, Iron First, The New Warriors, Hercules, and other heroes that could find their place in the Marvel Universe, even if it’s on the small screen.  As most pilots can be, “Agents” is uneven, but will leave nerds wanting more and more each week, just as “Heroes” did nearly a decade before, but hopefully “Agents” doesn’t suffer the same fate as the lack-luster show that preceded it.

Fun Fact:  DC Comics and Batman legend, Jeph Loeb, who wrote classics such as The Long Halloween and Dark Victory, is an Executive Producer for “Agents of S.H.I.E.L.D,”

What We’ve Learned From Breaking Bad