As a kid growing up in the 90’s things were pretty awesome in the world of film and TV. Disney had a gold mine of 90’s kids movies that became instant classics to us of the 90’s and we still hold that to ring true to this very day. If you go to a flea market, I can almost guarantee you will see a flood of Disney VHS for sell. They were cranking them out every single week, sure a few kinda suck but a good majority of them are classics children films that as a “adult” now I still find myself watching every now and then.

Hocus Pocus is one of them. And every year in October this is a film I pop in and watch. Why because its fantastic. It holds up well and still allows me to dive into a bit of excitement that a children’s Halloween film should. They don’t make films like this anymore. Halloween films are made mostly for teens and adults these days. The younger children don’t get the focus anymore. Sure when I was 7 I was watching Freddy frighten teens in their nightmares and Leatherface doing what he does best with a door and hammer, but that’s that. Some kids can’t do that. And honestly shouldn’t experience that stuff at such a young age. But hey I turned out somewhat… decent.

After 300 years, Three sister witches are resurrected in Salem Massachusetts on Halloween night, and it us up to two teenagers, a young girl, and an immortal cat to put an end to the witches reign of terror once and for all. (IMDB) 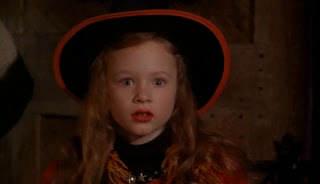 Bette Midler, Sarah Jessica Park and Kathy Najimy star as the three sister witches, who steal the souls of children! Omri Katz, Thora Birch and Vinessa Shaw are the hero’s who go up against the witches. The three witches steal the show with their goofy antics and song, “I Put a spell on you” that will be stuck in your head. Thora Birch’s acting stands out good. She’s young and doesn’t turn in to one of those annoying forced line delivering children actors can sometimes bring.  The cast works pretty well and only add to the wonder of a story Disney put out.

Hocus Pocus is a incredibly well-made film that brings the scary part and fun part together and a well wrapped candy bar for a kids eyes and mind. It single handle brings back the excitement that seems to have been lost anymore during Halloween. It’s a simple story about putting a end to the witches, which is place on top of a brother and sister relationship that I find mean more to me then any other film when I watch with my sister. Sure if you might not have watched this film before then it might be hard to understand now as a adult. But when you watch this when your young and grow up from it, then it becomes something more. Its a fun film to watch that doesn’t get made as much but luckily its immortal and seems to last forever. 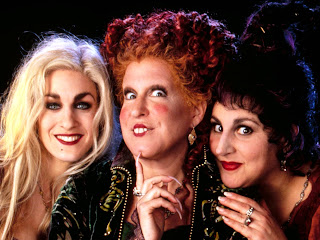 This is Halloween: Ghostbusters II