They Came Together: Horrible

I Justin Polizzi have decided to Kill Myself, This is my last will and testament.

Because I watched this film, I don’t wanna live anymore.

So one moment I’m trying to pick a film to review.

Hey, They Came Together, okay that looks good. Hey look at all of the people in this film! 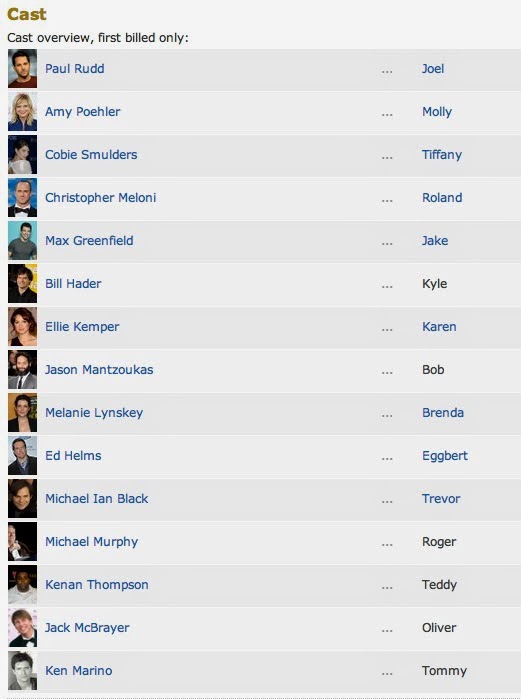 Wow this is going to be a fun film. Boy was I wrong. Now before someone goes, “You didn’t get it!” No I got it, its a spoof and that was accomplished. What wasn’t accomplished was the fact it is also a comedy. It’s not funny, just not my type I guess. I really feel cheated here, like just because we’re all friends lets throw together a poorly made film. It’s a shame so many good films get passed up for stuff like this to make a terrible film on purpose. ﻿There is a scene where Christopher Meloni shits himself and blames it on someone else. Like the whole scene is pointless and just shows how stupid this film is. Here is another one, Paul Rudd goes to a bar and the bartender comes over and we have the same two lines repeated over and over for a solid 5 mins.
It’s a shame, the trailer is good, watching the movie is another thing. They just didn’t try, and that sadness me.
Rudd and Poehler are good, that I’ll say.
David Wain says, “It’s a really stupid romance comedy”…. Man I guess he did set out to make it like that.
They just drop the comedy part.
Was I too harsh? Maybe Im just spoofing a bad review…we may never know.