Why Ludicrous? Because Ludicrous: So foolish, unreasonable, or out of place as to be amusing; ridiculous.
That sums up this film perfectly.

Just because Turtles can talk and are ninja’s, doesn’t mean there are THE TEENAGE MUTANT NINJA TURTLES

After the film begins with a somewhat enjoyable animated prologue that explains where the turtles come from, things begin to go down hill.

Unless your 6, then this film is amazing in every aspect and the horrific Transformers films are nothing but masterpieces. Sadly in those kids minds God is spelled Bay… Ugh.

If your not 6 and grew up with the birth of the greatness that is the Turtles then this film will leave a tear down your cheek, not a happy one.  That’s because that great time known as my childhood of Batman and Teenage Mutant Ninja Turtles is now dead. My reviewing partner and Transformers Gen. 1 fan DJ Valentine was right 4 years ago when he said, “Bay killed my childhood now he’s coming after yours.” It’s over and honestly if you want to believe those days are right around the corner again then Do Not Watch this film. Keep those happy thoughts of yesterday alive and well.

Before I get into things let me say, this is not the same TMNT I watched grow as I grew myself. Turtles of those days where fun, in words and looks. This movie kills that thought process and reimagines them as ugly hulks and not those cute Turtles in a half shell. This is a rebirth for a new generation. My generation is given a door. A door with crappy nods and abuse from the silver screen. The new generation of Turtles amazes me. They had a perfect formula that invited all ages to come and enjoy; yet they changed that formula for a version that, in my mind, is darker and unfriendly toward kids. I’m a guy who doesn’t give a crap about anything. Nothing will offend me and I love to curse. But when Michelangelo talks about Turtles getting aroused then I believe we crossed a line that didn’t need to be crossed. I would think we would of made a friendlier form of Turtles and not these horny hulk-like creatures.

There’s that word again, hulk. Yes the Turtles are horrible looking and again I wonder why this is the way they went. Oh yeah Bay, that’s right. The Hitler of destroying childhoods, yes he didn’t direct this film, but he did have input. A lot of input. His fingerprints are all over the place with over complicated fighting, over the top CGI, comedy that feels forced and over sexualizing the whole film. Damn there it is again! I feel like an old guy angry about where this film went and not where it should go…and I’m not that guy. I live in a R rated world, I mean listen to our podcasts, we do not hold back. But this is the Turtles. They’re better than this.

This film should have a tagline like, Plot holes galore!

There is a scene with Whoopi Goldberg (April’s Editor) laughing April out of the station due to her attempt to break the story of the Turtles. Here’s the kicker, she took a photo with her phone, and why she doesn’t show her that will make you run out of the theater alone. I mean if she wanted to break from the crappy exercise pieces she does, you’d think she’d show the photo. Don’t worry I’m not telling you everything.  There is more about Blood and Fire, but I’ll let you see that for yourself. The connection of April to the Turtles is also stupid.  Now they are her childhood pets. There that’s it, oh wait this is Bay, there is much more to that which will leave your head shaking.

Even though Megan Fox wasn’t as bad as Megan Fox usually is I still believe she wasn’t cast right. She killed the film for me, even before seeing it. I hated the idea of her being used mostly for her looks, but that’s how Bay is. There are other more qualified and prettier actresses out there that could have easily fit better. That said, she wasn’t that bad. However, there are worse choices in this film. The Turtles themselves aren’t what I expected. The voices are horrible. Michelangelo might have been the best but his dialogue is the worst. Never thought I’d want a Turtle to shut up more. Leonardo played by Jonny Knoxville (coming in late to replace the original Pete Ploszek) just felt lazy. Donatello was okay, though again bad dialogue comes into play, which hinders it. Raphael’s voice just doesn’t work for me. Being played by Smallville’s Aquaman, The hotheaded Raphael seemed kind of quiet and soft-spoken. I just didn’t feel it. Then again, I like my Turtles with Brooklyn accents and that’s just thrown away here.

If they can’t get the Turtles right I’m not even going to get into Shredder. I did like the way the Foot Clan looked, so that’s something. Will Arnett is Will Arnett. William Fichtner plays a William Fichtner scientist. Really wish there was more to say about ’em, but there isn’t.

After this reboot, the idea of a sequel seems extremely unappealing. I’m going to bet we get one, which sadness me. I honestly think this film will bomb. I’ve been very good at guessing which films would fail and which ones would succeed. But in a world where Transformers 4: Age of Extinction can be the first film of 2014 to rake in $1 billion, nothing makes sense anymore.

I feel I should say goodbye to the memory of my beloved Turtles for good.  However I’m lucky that Teenage Mutant Ninja Turtles lives on with Nickelodeon. It’s not the greatest but it’s been getting very good lately. If you would like for your child to get into TMNT, give them that option and skip the ludicrous movie that has nothing to do with those hero’s in a half shell.

So, for now I’m going to raise my hand in defiance of this forgone conclusion failure of a film and yell, “Turtle Power!” 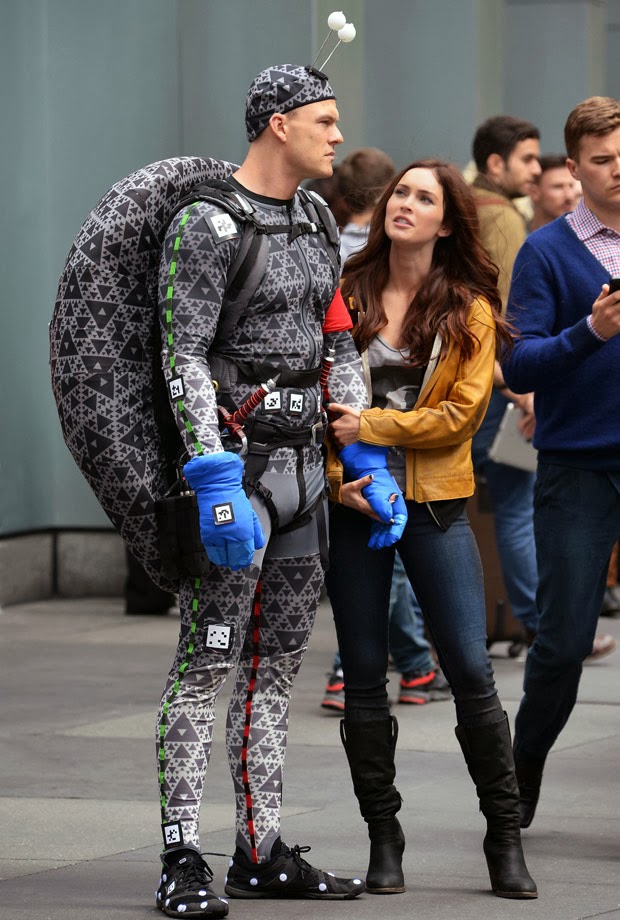 Guardians Of The Galaxy (DJ’s Take)

Guardians of the Galaxy (Matt’s Take)