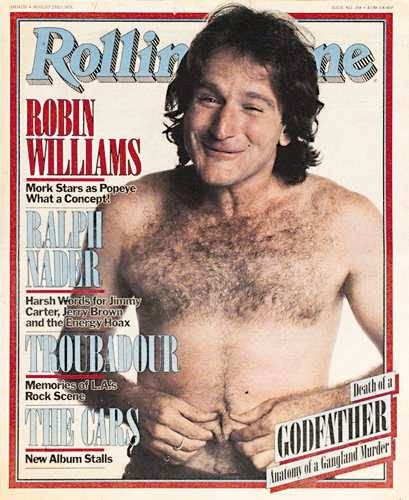 No death is easy to take, but you can rest easier if it’s someone that has lived a full life and their time has come. Whether it’s a family member, close friend, acquaintance, or in this case an actor, when it’s sudden, it kicks you right in the gut, and the news of the passing of Robin Williams is one of the most devastating in recent memory.

From his humble beginnings on TV playing Mork from Ork, to his stand-up on HBO, and his numerous film roles playing everything from a cross-dressing nanny to a 10-year old trapped in a 40-year old’s body, and his Oscar-nominated performances as a Vietnam-era DJ, a schizophrenic ex-professor on the edge, an English teacher who single-handedly invented YOLO, and of course his Oscar-winning performance as Will Hunting’s therapist who reminded Will it wasn’t his fault, the man did it all.

As a genie, an alien, a doctor with a clown nose, and of course Peter Pan, Williams was both the gregarious clown and the dark, brooding character we were surprised to see from time to time. While some actors are tight-cast as either dramatic or comedic actors, Williams was able to do it all. He could bring you to tears with one word and have you bent-over gasping-for-air laughing the next. Not many actors in the past 50 years, or even 100 years for that matter, have been able to strike the perfect balance between manic and hysterical, crushing and comedic, or simply happy and sad.

We at Simplistic Reviews mourn the loss of one of film’s greatest actors, and there will never be another actor, or human being for that matter, like Robin Williams. Below are some of our fondest memories of Williams and some of our favorite films. Leave us a comment and let us know what you thought about his over 40 years of genius material.