As promised, this weeks “Action Movie Time Machine” destination will be to that of quality! After the blunder that is “Assassins”, I had to think hard and ask myself “How can I make things right?”. Well I’ve figured out a way. I’m retro-fitting the Time Machine with my big guns. We’re taking on some of the greatest action films of all time. The films of John Carpenter!
The year was 1976. David Berkowitz earned the names “Son of Sam“ and “.44 Killer“ for attacking and killing a series of men and women. The “Laverne & Shirley” spin-off from “Happy Days” and “Bionic Woman” both debuts on ABC. The U.S. preformed nuclear tests in the Nevada desert…again…for some reason, and there was an “Assault on Precinct 13”.
THE SKINNY
The film begins with a police crackdown on gang crime. As they are investigating the disappearance of several crates of stolen automatic weapons which are in the possession of a deadly gang. Their investigation leads them to a run-in with six armed gang members who are brought to their untimely end. 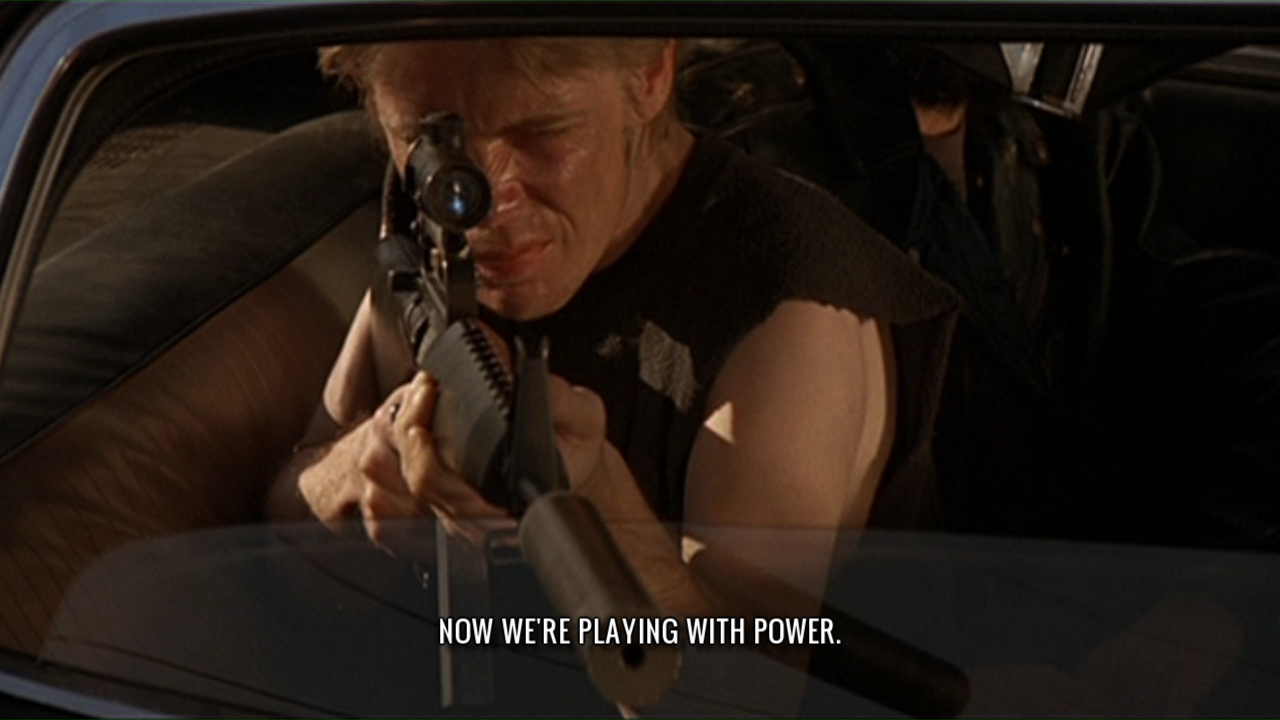 Once word reaches the rest of the gang, their four Warlord leaders decide to exact their revenge on the good people of Los Angeles, as well as the LAPD.
While this plan is set in motion, Lieutenant Ethan Bishop, Austin Stoker, has just been transferred to a new department. On the first day he is assigned to watch over Precinct 13 on it’s final day of business. The precinct has been consolidated with another and all the files and personnel are being sent across town. He just has to make sure everything goes smoothly. It’s worth mentioning that Bishop and the other staff are expecting the phone and electricity to be shut off at any moment. I have a sneaking suspicion this might be important later. Call me crazy.
Meanwhile, Napoleon Wilson, Darwin Joston, is a hardened criminal who is being transferred to a maximum security prison with two other practitioners of the illegal arts. On the long buss ride, one of the men becomes violently ill and the guards make a stop at the closest precinct, Precinct 13, to have a doctor look him over.

As the day burns on the Warlords and their gang unpack their newly acquired automatic weapons and begin crusin’ the city looking for hapless victims. Who do they set their sights on first? An ice cream truck driver and the little girl he was selling ice cream too. These are some bad dudes! The girls father retaliates, hunting down one of the gang members. But soon he becomes the hunted. Exhausted and out of breath, the man falls on the steps of Precinct 13, where he takes refuge.
The gang is now out for blood. They want the man responsible for killing one of their brother and now hove the entire building surrounded.
Bishop, Napoleon & Leigh, another officer played by Laurie Zimmer, now must defend the girl’s father as well as themselves from the countless gang members as they try to infiltrate the building. The three must learn to trust each other as they fend off wave after wave of attacks without being able to phone or radio for help. Ya know, cause the phone and electricity got shut off. 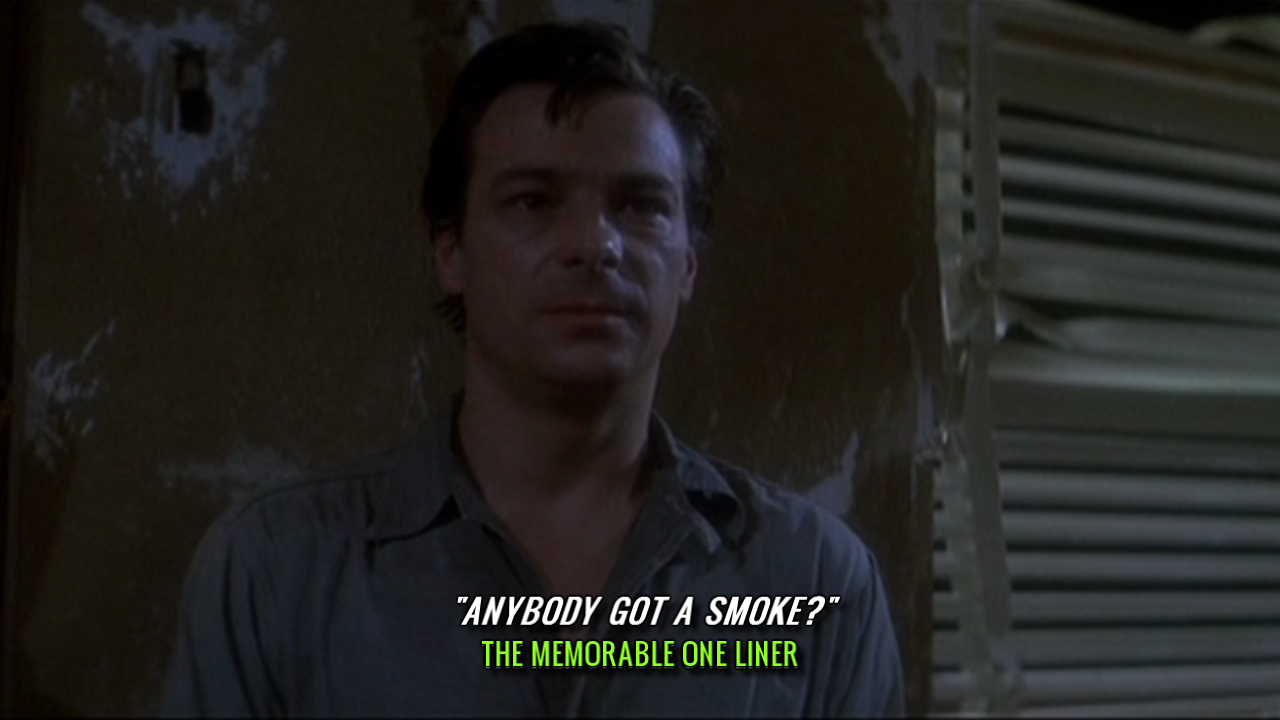 In a scene that is reminiscent of “300”, the survivors hideout in a store room located at the end of a long corridor, causing the gang to bottleneck as they attack. But you see this is just part of their plan. At the end of the hall, behind the attacking gang, is a tank of acetylene. Once the gang fills the hall Napoleon holds them off while Bishop takes a shot at the tank, which he hits blowing up the gang.
While Leigh is being treated for a gunshot wound to the arm, Bishop walks Napoleon out of the building as friends. The End.
THE VERDICT
John Carpenter is a huge fan of director Howard Hawks. Growing up, he fell in love with  such Hawks films as “The Thing From Another World”, and “Rio Bravo”. These films each shared a common element. A rag-tag group of men fighting against impossible odds to survive. I can’t say that Carpenter is solely responsible for “Assault on Precinct 13”, as it is a re-imagining of “Rio Bravo”, a film about a sheriff, a drunk, a cripple and teen gunfighter who defend the local jail from waves of attackers trying to free a captured criminal.

Carpenter’s love for this type of story involving the “every day” hero is present in much of his work (“Escape from New York, They Live and Big Trouble in Little China”), and has become something that is equally enjoyable for his fans as it was for him watching the film so Hawks. The heroes seem relatable and familiar  — like people you may know — which allow them to be rooted for and

empathized with all the more.
Speaking of which, the relationship Napoleon and Bishop have. Early on neither trusts the other, but when shit starts to hit the wall they realize that they are going to have to learn to trust each other if they are going to survive the night. Of course by the end of the film, their career choices aside, Napoleon and Bishop accept each other as equals. Classic action movie man-code!
Another thing concerning the Napoleon/Bishop relationship. Race never factors into it. I know I mentioned race during my “Passenger 57” review and how it could have made the film more interesting. But “Assault” is the opposite. Race is never mentioned once. Not by Napoleon — a white guy. Or Bishop — a black dude. Not to or about each other, and not to or about the attacking gang. The police officer and the career criminal have enough to overcome between each other and the swarms of bad guys.
I only mention this because it seem like the type of thing that could have easily found it’s way into this ‘70s film. I think ninety nine out of one hundred other writers/directors would have jumped at the opportunity to weave their own personal message into the movie, regardless whether or not it was a good decision. The film didn’t need it and I feel thankful that it was left out. The same could be said about any feminist message — Leigh is one bad-ass chick!
Again, “Assault” is about a small group fighting for their lives and earning each others respect by the end of it. Adding anything to that could have complicated and perhaps ruined the simple and effective story. It would have come off preachy and acted as a backhanded compliment to the characters and the audience watching. The strength of this films story is it’s simplicity.
In Carpenter’s modernization, he added to the “Rio Bravo” story the escalating violence that was present in the urban areas during the ‘70s. Typically brought on by political, social and economic reasons, in “Assault on Precinct 13” the attackers seem to attack for no other reason than because they are bad guys and that‘s what bad guys do.
I compare the gang in this movie to the crime you might hear about on your local news. The news caster always describes the crime — what was robbed or who was stabbed, ect. — but rarely is the perpetrator ever seen, or do they speak for themselves. It’s like all the “bad things” are some sort of entity that lurks in the shadows and acts without motive or reason.
I think the attackers, who are virtually faceless in this film (the police too), are tremendously effective in this way. They don’t seem to have any particular motivation, personality, voice, or purpose other than to kill. In some ways they are like Michael Myers as the boogieman. They seem to represent crime and violence in a general way without themselves being any one specific criminal.
I have just a few final comments. The first being about John Carpenter’s score. Again he managed to compose music that is as moody and functional as it is pleasant to listen too. Check it out for yourself here. Also, I don’t think this film was every any direct inspiration for a video game, but it should be. I would play the shit out of an sixteen bit “Assault” game.
Without movies like “Assault on Precinct 13”, there would be no “Predator” and there would be no “Aliens”. “Assault” might seem tame by the standards set in the ‘80s, but “Assault” is the roots of those films and I highly recommend checking it out. 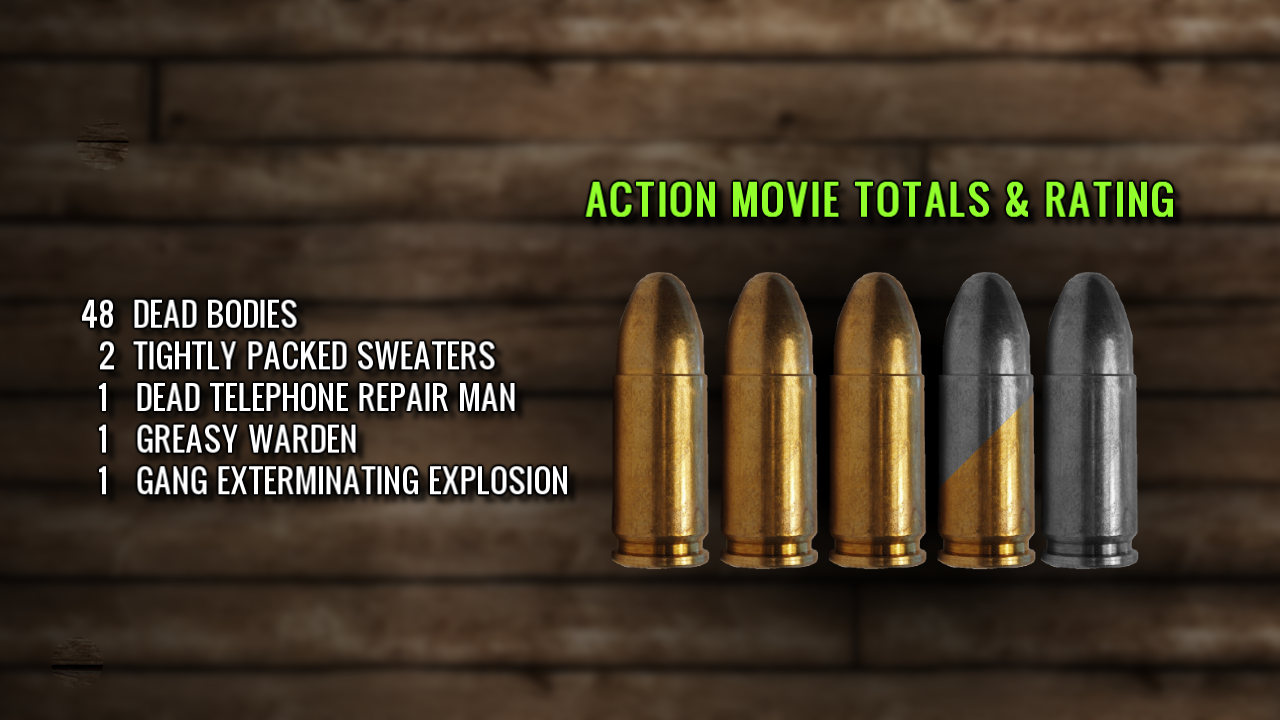 I’m Cory Carr and this concludes our ride on the “Action Movie Time Machine”. Until next time, Semper Fi!
For more from Cory, check out his website slaughterfilm.com, where he and his good friend Forest Taylor record weekly pod casts, reviewing the films that are legendary, even in Hell!

The 10 Best Superhero Films of All Time Blog Relay