And use #84athon on twitter to keep up to date!

So what does Tom Selleck’s Mustache and a Dog sniffing robot have in common? They’re both part of a special division of the police department called the Runaway Squad that goes after Gene Simmons of KISS. 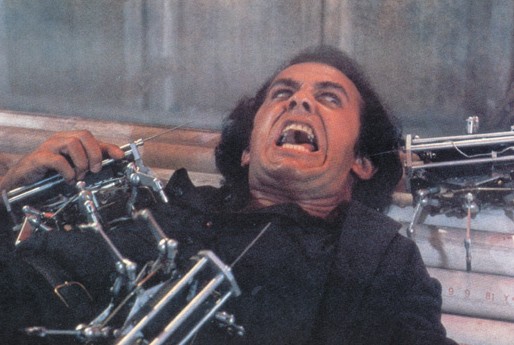 Tom Selleck was great in his role as Jack Ramsay. Michael Crichton takes a risk casting Kiss’s Gene Simmons as the bad guy, Charlie Luther. Simmons looks the part, his stare is fantastic. He is very menacing and in my mind knocked it out of the park. I only wish his delivering with his lines was a bit better, otherwise I was impressed. Kirstie Alley pops up for a few scenes and she was pretty good. Cynthia Rhodes did a very good job playing Selleck’s partner and love interest. It’s a shame she doesn’t act anymore I really liked her in this film.

Jerry Goldsmith comes in for music and kills it with his first pure electronic score. I really dig this film’s score and feel it works perfectly with Crichton’s vision.

Crichton does a good job directing this one. He really understood how to create suspenseful scenes. There is a scene with a robot killing family members and Crichton sets this up that makes you go to the edge of your seat. The other is when Ramsay goes up in a elevator. Ramsay is scared of heights and you can feel his pain as he makes his way up.

For me the pacing is a little off in this film. I feel some scenes get too slow and others a bit unneeded. The writing is okay, from Crichton I would expect more. It’s not bad but every time I watch this film I get very annoyed with Selleck character’s name being thrown around. Turns out Ramsay is said 52 times which is more then once for every two minutes. I thought it was just me, but IMDB has this in their trivia so I’m not the only one that thought that apparently.

For me the the worst part of this film is the beginning. It starts off with Selleck and his new partner, Cynthia Rhodes going after a malfunctioning farm bot that ends pretty cheesy. This beginning is very unneeded and if I had my way I’d take it out. Yes there is some foreshadowing going on in this scene but my feeling is we could of moved it to the next malfunctioning robot scene.

For anyone watching this film for the first time might start losing there attention here. The bot isn’t dangerous and is just running around. Yet the group of “male” farmers call in the police to chase it. For me these farmers could easily stopped the bot (Maybe it’s for insurance purpose, maybe) but it wasn’t dangerous. And in doing so we have this guy and girl having a Benny Hill police chase that ensues with a farm bot. Every time I watch this scene this is what I see and hear, which isn’t what you want in a dark film like this. The ending for this scene is the two officers jumping together with arms spread outward onto the bot which cuts to them carrying it with dirt and smoke covering their faces. Maybe if the robot was killing farmers and cattle I would find this a tad more interesting, but the comical chasing makes this scene weak.

All in all Runaway is a good watch. If you haven’t seen Runaway do yourself a favor and check it out. It’s a fun 80’s film to watch. It has 80’s action, 80’s boobs, 80’s Tom Selleck and Tom Selleck’s Mustache. Gene Simmons is a great bad guy and Goldsmith delivers once again on music.

Check out Forgotten Films for more of the 1984-A-Thon! 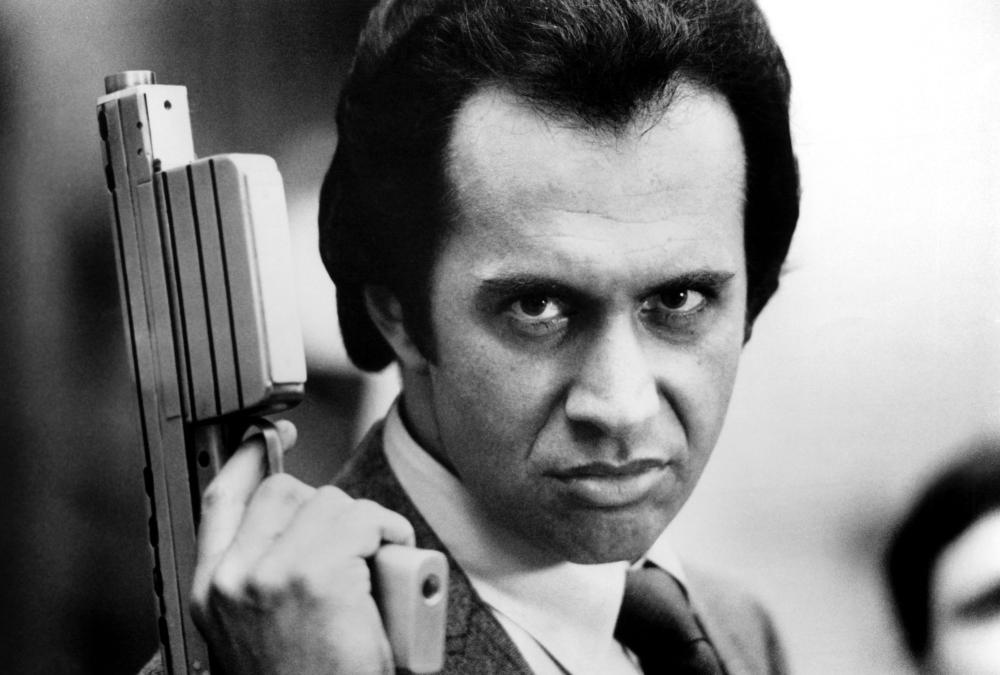 The 10 Best Superhero Films of All Time Blog Relay