Alright, enough goofy action comedies about twin brothers separated at birth, weight lifting, JVCD splits and taking bubble baths together. This time we’re visiting a film featuring real life spy stuff and espionage, “The Assignment“. I first heard about this flick back around ‘99 when I was staying up late to watch “skin-emax”, and instead stumbled upon this. Oh how those were the days… All aboard! The Action Movie Time Machine is now departing.
The year is 1997. Mike Tyson bit off Evander Holyfield’s ear during a boxing match. The world mourns the loss of both Princess Diana, Mother Teresa & Notorious B.I.G.. The “Titanic” sails again, this time at the box office and “Batman & Robin” proved to be the worst Batman film of all time. All this and “Carlos the Jackal” was brought to justice in “The Assignment”,
THE SKINNY
“The Assignment” begins with Lt. Cmdr. Annibal Ramirez, Aidan Quinn, who is spending his shore leave traversing the narrow streets of Israel when he notices that he is being followed. He ditches his things and makes a break for it, but as it turns out, the person following him isn’t the only one. There is a group of people working together to track and capture him. Once he is captured, he is brought to a dank and dirty apartment where he is beaten and interrogated by an unnamed man, Ben Kingsley, who keeps calling him Carlos and “The Jackal”. 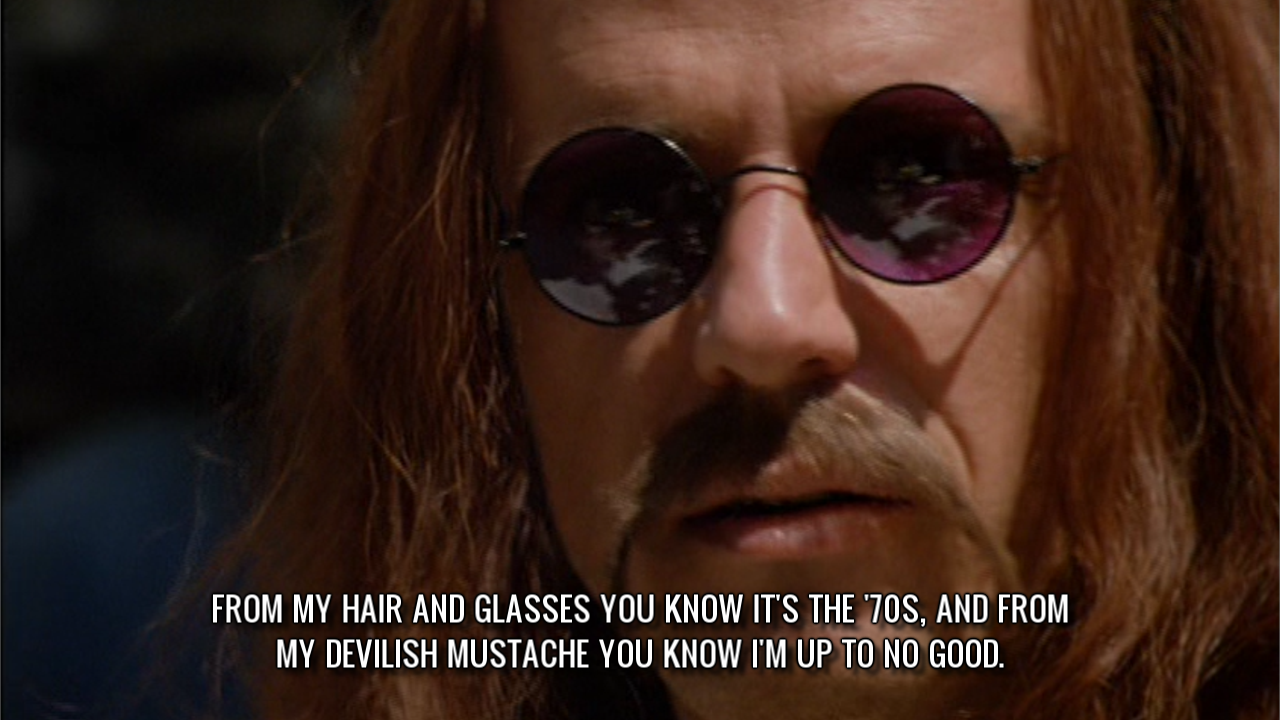 At first Annibal pretends to be a tourist, as are his military instructions if he were to ever be detained in a hostile environment, but after a while he understands that he has been captured by some form of Israeli military and starts to explain who he is and how they can contact a naval liaison to corroborate his story. He is detained for several more days before he is set free.
Weeks later Annibal returns home from a long stint at sea when he is visited by Jack Shaw, Donald Sutherland, from the CIA. Jack has come to recruit Annibal for some highly sensitive spy work. Why Annibal? After all there must be scores of highly trained special ops types ready and willing to take on this assignment, right? Well none of them share the face of a notorious terrorist for hire, Carlos “The Jackal”. Somehow Annibal and Carlos are doppelgangers.
After some convincing, Annibal travels to a remote facility in Montreal, Canada. Here he takes on the alias Miguel, begins learning all that he can about Carlos and receives a crash course in spying from Amos, the very same man who interrogated Annibal in Israel. Amos and Jack have been tracking Carlos for years, but have never been able to apprehend him. Now with “Miguel” on their side, perhaps they can get the drop on him. 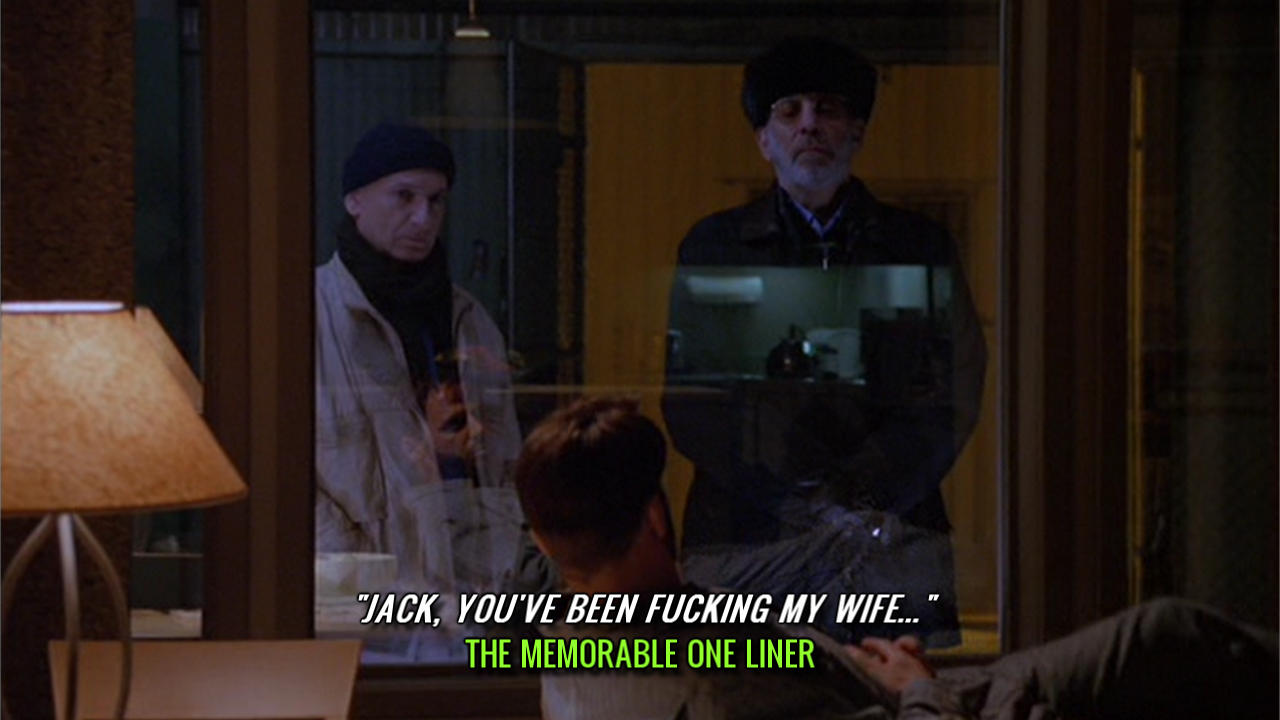 Miguel’s training consists of memorizing the names on tombstones, counting condiments in a refrigerator, breathing in cheap cigar smoke and eating gallons of oatmeal a day until it gives him the shits. I don’t know about you, but it all sounds like high tech spy stuff to me.
As a child Carlos’s father, who he hates, smoked the cigars and now as an adult when he smells the same cigars it drives him nuts. The same goes for the oatmeal. As a child he and his mother were poor and there was little else to eat. This is all an attempt to get Miguel inside the head of Carlos. He had to endure as a child, and now as an adult he can be selfish and impose his will on others. This sort of personality trait is the sort of thing that will make him a believable Carlos to the people who know him best. As for the condiments and tombstones, these are tactics used to get Miguel to be more observant of his surroundings. To be able to piece together the whos, whats & wheres from his environment.
There is a scene in which Miguel’s “mock wife”, Jack, told him that she is spending the week out of town with family and now Miguel has two minutes to casually look around a mock kitchen and living room, and report his findings after time expires. He drinks from the milk carton, looks in the trash and has a seat on the couch. Miguel’s learns from this that the milk is fresh so it must have been purchased recently. Too recently for her to have been out of town. There was a book of matches in the trash from a bar down the street. The couch has a cushion turned over and smells of cheap aftershave. Miguel explains that she never left town. She also met a man at a bar and brought him home, then had sex on the couch. After which Miguel smiles and asks Jack, “…are you fucking my wife?”. 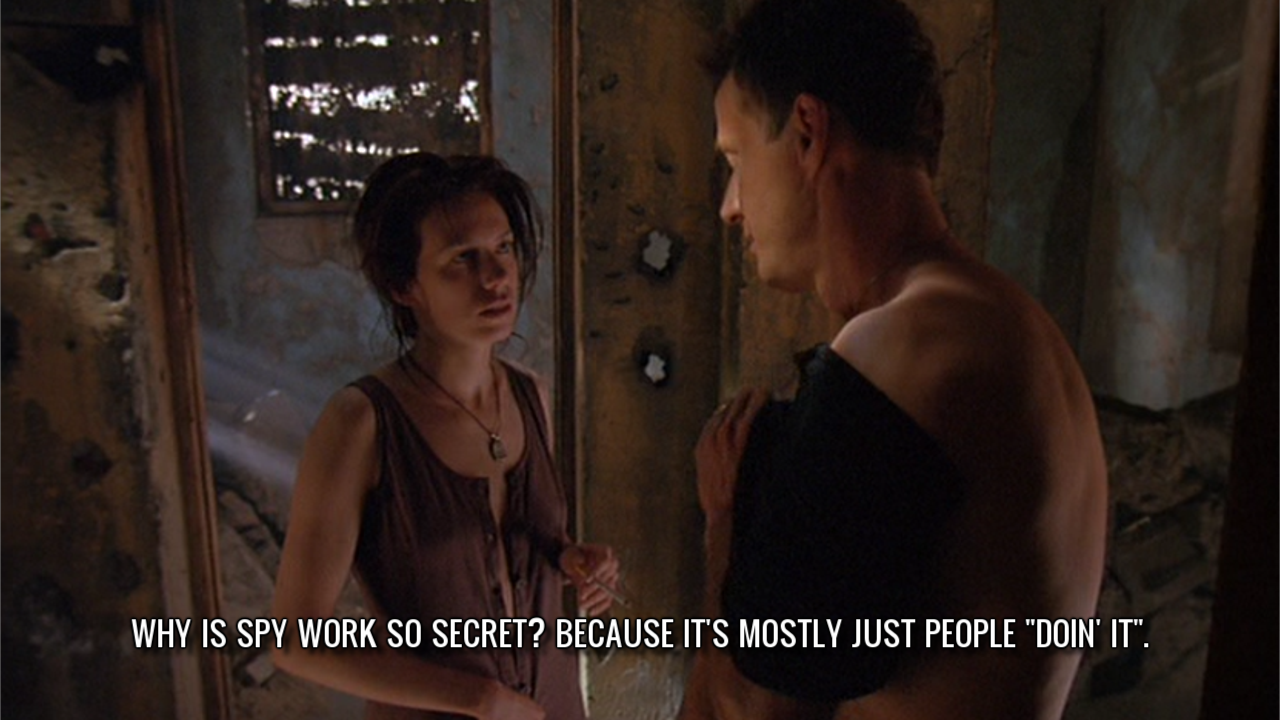 The training continues with Miguel learning how to fuck from a spurned lover of Carlos. Let it be known — this lady is a freak. Miguel has reservations about cheating on his wife, but ol’ Jack always knows just what to say; “Don‘t think of it as cheating on your wife. Think of it as fucking for your flag”. Lol I love this movie.
As the film approaches the final act, the plan is finally explained to Miguel. Since assassinating Carlos outright will result in retaliatory attacks from his fellow terrorists, Miguel will pretend to be Carlos to discredit him with his Soviet connections and in turn let them take him out. He, as Carlos, will sleep with one of the real Carlos’ mistresses and convince her to do some banking for him. The banking involves accepting a wire transfer from the CIA into her account and then out of her’s and into Carlos/Miguel’s. This is something that will get the attention of Soviet Intelligence. This combined with a public meeting between Carlos/Miguel and Jack solidifies the counter intelligence story that Carlos is being paid off by the CIA to share with them what he might know about the Soviets.
You pretty much know how this is going to end, but because I think you should give this flick a watch, if you get a chance, I’ll try to save some juicy details about the finale. Just know that there is a face to face fight between Carlos & Miguel, some secret spy code words, as well as double lives are lived.
THE VERDICT
“The Assignment” is tame by the standards of ‘80s action movies. However its real life esthetic has always been something that I’ve enjoyed. The way Annibal is trained in Canada has always fascinated me. How he was pushed to his limits — forced to remember seemingly unimportant information and taught how to interpret it. And of course how Jack and Amos teach Annibal to react to the smell of cheap cigars and oatmeal the same way Carlos would, but forcing him to smell and eat it constantly.
This is the sort of thing I imagine real life spies might have to do in order to blend in and survive.
Released right around the same time as “Goldeneye”, “Mission Impossible” and “The Saint”, I was introduced to a new brand of action movie. Sure, Bond had been around for thirty or so years but most of those films leaned more toward traditional action fare than what I was now getting familiar with. Besides, Bond always had fun but unrealistic gadgets and one-liners that I’ve grown to expect and love in Bond films, but I can’t take them all together seriously.
This films story is as entertaining as it is interesting. I was surprised to lean in recent years that “Carlos the Jackal” is a real person who was arrested and convicted in ‘97 for killing several French police. The Carlos from “The Assignment” is a little more colorful, and I don’t think there was ever a plot to discredit him by using a double. But oh well. If you’re interested, you can learn more about the real Carlos here.
The acting is great, and with Ben Kingsley and Donald Sutherland, how could it not be? The special effects are mostly good but from time to time they show their age. There are a several explosions that are super-imposed. While they do look obvious, they also don’t look awful. It was the ‘90s after all. Even space aliens hell-bent on blowing up the white house super-imposed their laser blasts [“Independence Day“]. 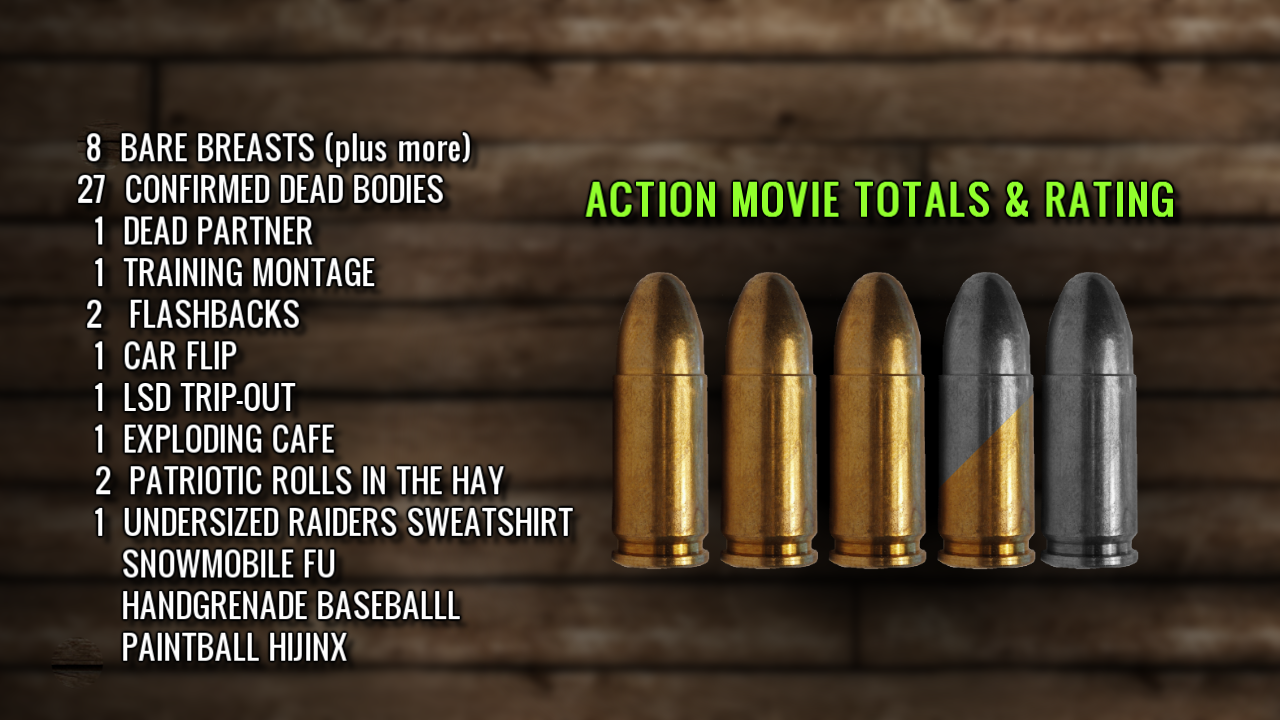 If you are at all interested in spy/espionage thrillers then “The Assignment” is for you. I highly recommend It.
I’m Cory Carr and this concludes our ride on the “Action Movie Time Machine”. Until next time, “Awfully warm for this time of year.”
For more from Cory, check out his website slaughterfilm.com, where he and his good friend Forest Taylor

Yet Another 31 Nights of Halloween: Sorority Babes in the Slimeball Bowl-o-Rama