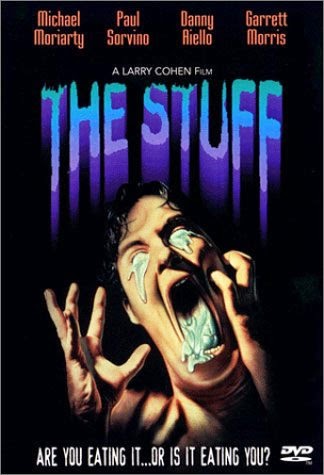 Looking for a unique film for Halloween?
Here you go! Ladies and Gentlemen, The Stuff! 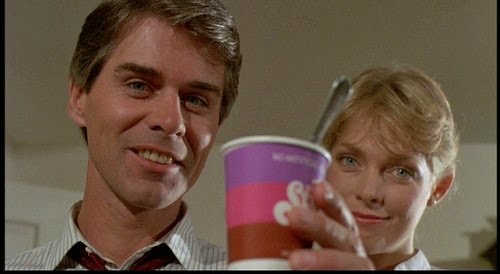 One of the best satires that’s really a horror film at heart. Michael Moriarty leads this delicious film of mysterious goo that is pouring out of the earth. For some odd reason an old man takes a taste right away to see what it is. This white thing pouring from the earth taste amazing. Corporate America takes a taste as well and what we get is this new craze sweeping the nation.
America buys it by the ton, replacing all other foods with this new food called… The Stuff!

“It’s smooth and creamy. It’s low calorie and delicious. And it kills. It’s The Stuff!”

Everyone becomes addicted to The Stuff that turns them all into zombie like creatures. Everyone must eat The Stuff! If you don’t soon they will make sure you do! 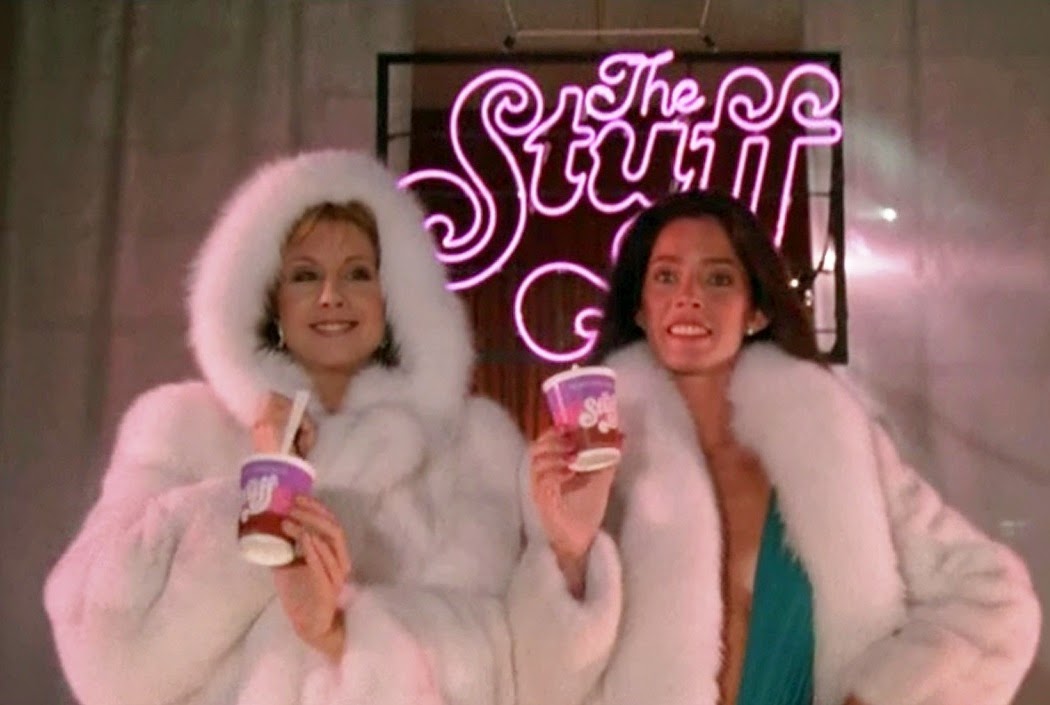 One night, a kid named Jason notices the new food, The Stuff moving in his fridge.  He tells his parents and they don’t believe him. They have already been taken over by The Stuff. He runs to the grocery store to warn the people but no one believes him. This creates a story that runs in the paper, which an ex-FBI agent, David Rutherford notices. Rutherford is played by the amazing and extremely tall (6’4”) Michael Moriarty.  Rutherford during this time is investigating The Stuff when the news about the boy comes his way. Along with Nicole (Mad Men like promoter), these three are the world’s last hope to pull them from this controlling goo.

Will they stop it or is the nation over as we know it?!

The story works and it works well. It feels like the body snatchers, the blob and a comedy about America’s consumerism all rolled up into one. It’s a very unique film that is just a flat out great film. Yes acting is rough and the effects are of their time. But there is so much more here then a horror film, but a satire about this country and its need to consume the latest greatest fad. It feels like it could happen and honestly isn’t that far fetched of an idea, even thou it might seem extremely absurd. I could see this working today maybe with food or medication. An evil corporation finds something that they want to make a ton of money on, so they bribe the FDA and get their product into everyone’s hands even if it has deadly side effects. As I watch this I see a commercial for a pill that can kill you. The side effects out weigh the job of the pill, so why is this available then?

See it’s not too far out! 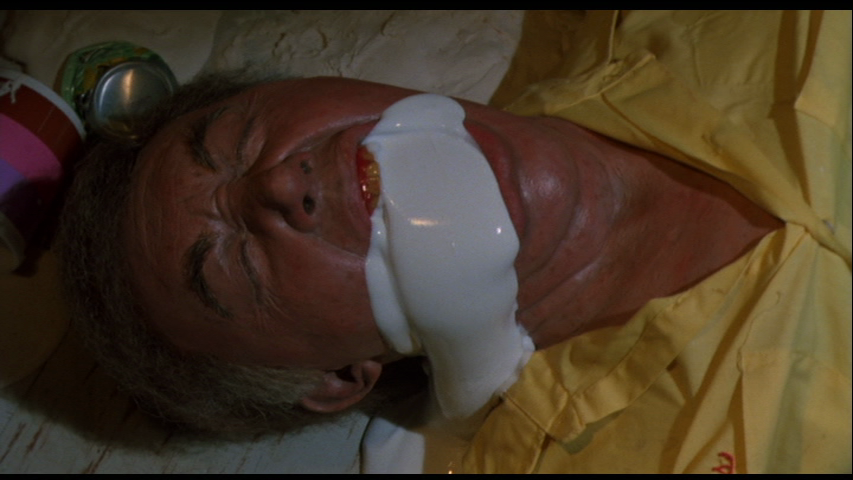 The look of The Stuff is great. I love the design of package in this film. Strips of pink, light purple and brown circle the pint container creates an iconic movie prop.

Please watch this film. It’s an intriguing film that balances comedy in the right way. Yes its funny that a food could take people over but I find it even more funny that the need for consumerism is sadly the realest part of the film.

On Netflix as of now, no reason to not watch this!

Garrett Morris (SNL) pops up and he is fantastic onscreen. Originally Arsenio Hall was considered.
To create The Stuff, a lot of Häagen Däzs ice-cream and yogurt was used.