We narrowly survived the Bronx. Now, will we be able to “Escape From the Bronx“? Oh yeah, the “Action Movie Time Machine” is synched into the appropriate time stream. All aboard to visit the sequel to “1990: The Bronx Warriors“. Now I don’t want to hear any complaining. This parallel time destination was very difficult to pinpoint since it didn’t take place during any specific time. Just “several years later”. I had to fast-forward through nearly an entire decade before I found it. Even if it’s fast forwarded, a decade is WAY more time than I ever want to spend in the Bronx.
The year is 1983. James Woods grew a tummy vagina in “Videodrome”, Michael Jackson & Vincent Price hit the MTV airwaves in the form of “Thriller”, and NASA’s Challenger space shuttle takes flight for the first time. All this and Henry Silva commits genocide in “Escape From the Bronx”.
THE SKINNY
Picking up where we left off, several years later, the General Construction Corporation is another god sized corporation, much like the Manhattan Corporation of the first film. They have managed to pay off the governor of New York who in turn has granted the GCC permission to forcibly relocate the inhabitants of the Bronx to a cookie cutter suburb in New Mexico. With the people gone, the GCC will build a new, lavish city for the rich on top of the ruins of the old one. It’s like the Delta City from “Robocop”. 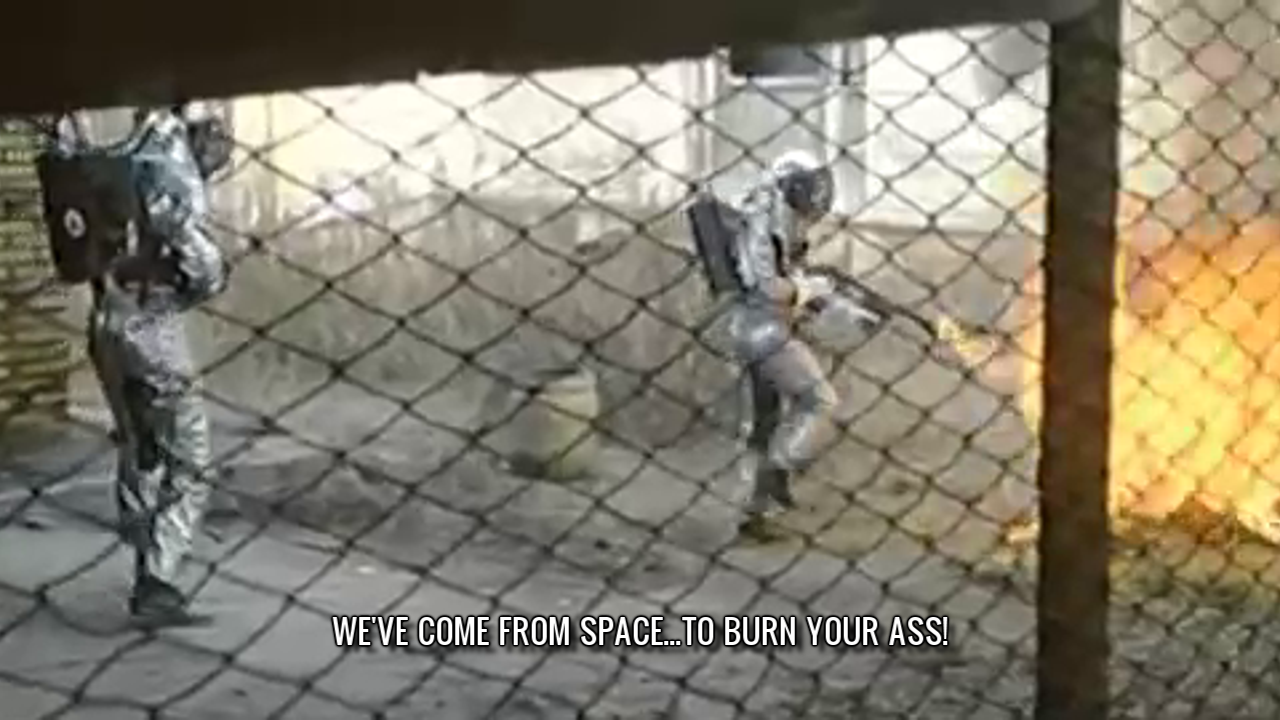 The only problem with this is, the people don’t want to move from their urban homes and when they resist they are either shot or set on fire by the “Disinfestation Annihilation Squad“. Oh and one more thing, there is no cookie cutter suburb in New Mexico. That is all just a story to tell the media. As the residence are being relocated, the GCC keeps coming up with clever ways for “accidents” to happen. Accidents that kill everyone.
The gangs of the Bronx have banded together and have found refuge in the underground tunnels of the Bronx. Trash has been keeping busy collecting ammunition for the immanent war against the GCC. 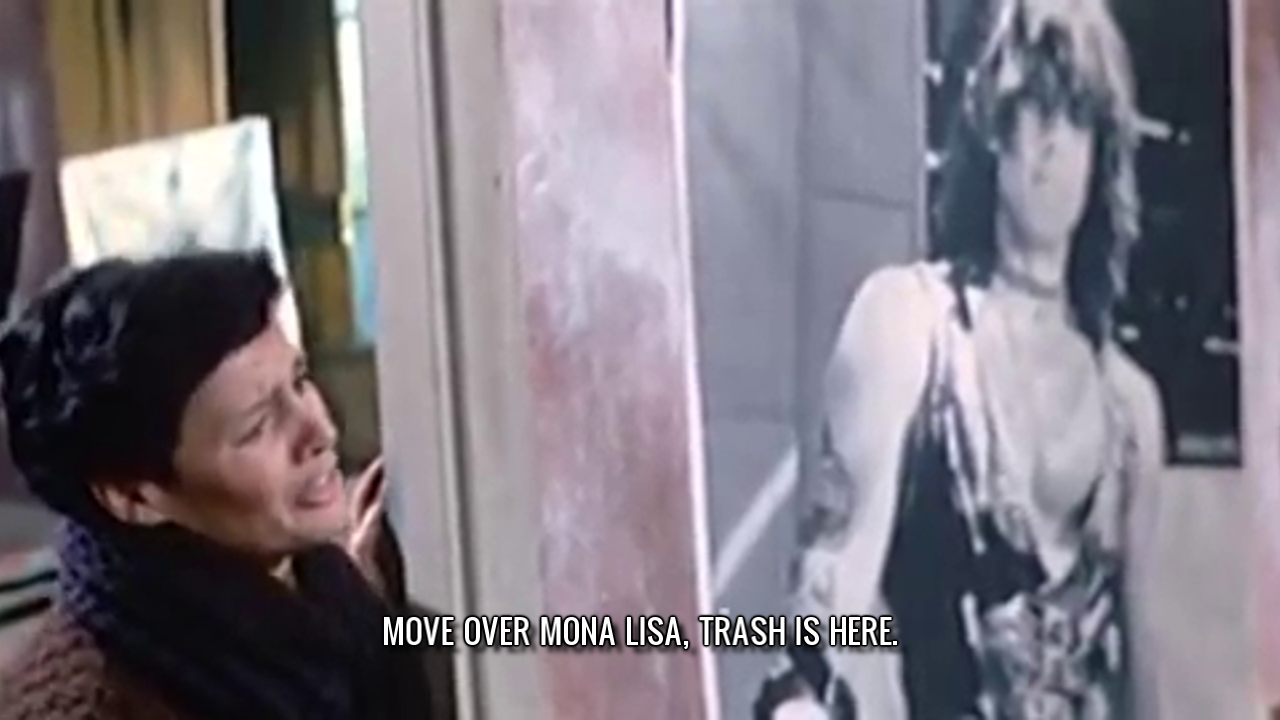 It’s just another day in the hood for Trash, until he returns home to visit his parents and finds their home is being looted. He fights past the looters to find that his mother and father, the people who brought little Trash into this world, the only parents in the world willing to hang a poster of their gang leader son in their living room… So he finds them dead. The DAS set them on fire when Trash’s father fought back against their eviction.
Trash is enraged and flees to the tunnels to gather support from the remaining gangs. Trash is out for blood. 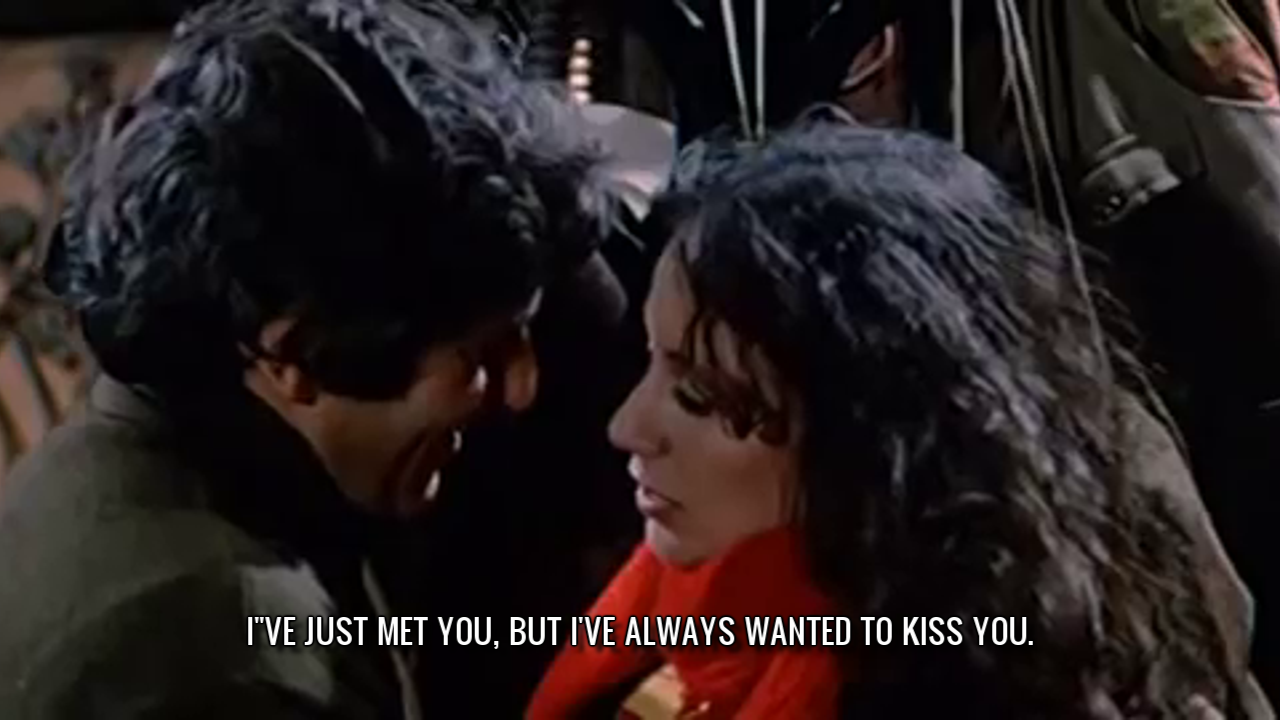 Meanwhile, a nosey reporter, Moon Grey, ventures into the Bronx to conduct some hard hitting detective work to expose the GCC killings. Once she finds her way into the tunnels she happens into the underground lair of the Bronx Warriors (the various gangs). Together Moon, Trash and the rest discuss a plan of action. They decide to fortify the tunnels with weapons and booby-traps to protect themselves from the DAS while Trash, Moon and a man named Strike venture to the surface to kidnap the President of the GCC. With President Henry Clark in their grasp they will be able to hold the DAS and the GCC at bay while getting the attention of the media.
The leader of the DAS, Floyd Wrangler, Henry Silva, is one bad dude. He’s the type who isn’t interested in the finer things in life, just killing. He is the one behind all of the so called “accidents”. Wrangler is hip to the underground tunnels and starts to mobilize units for an invasion. Scratch that. It’s not an invasion, it’s an extermination. 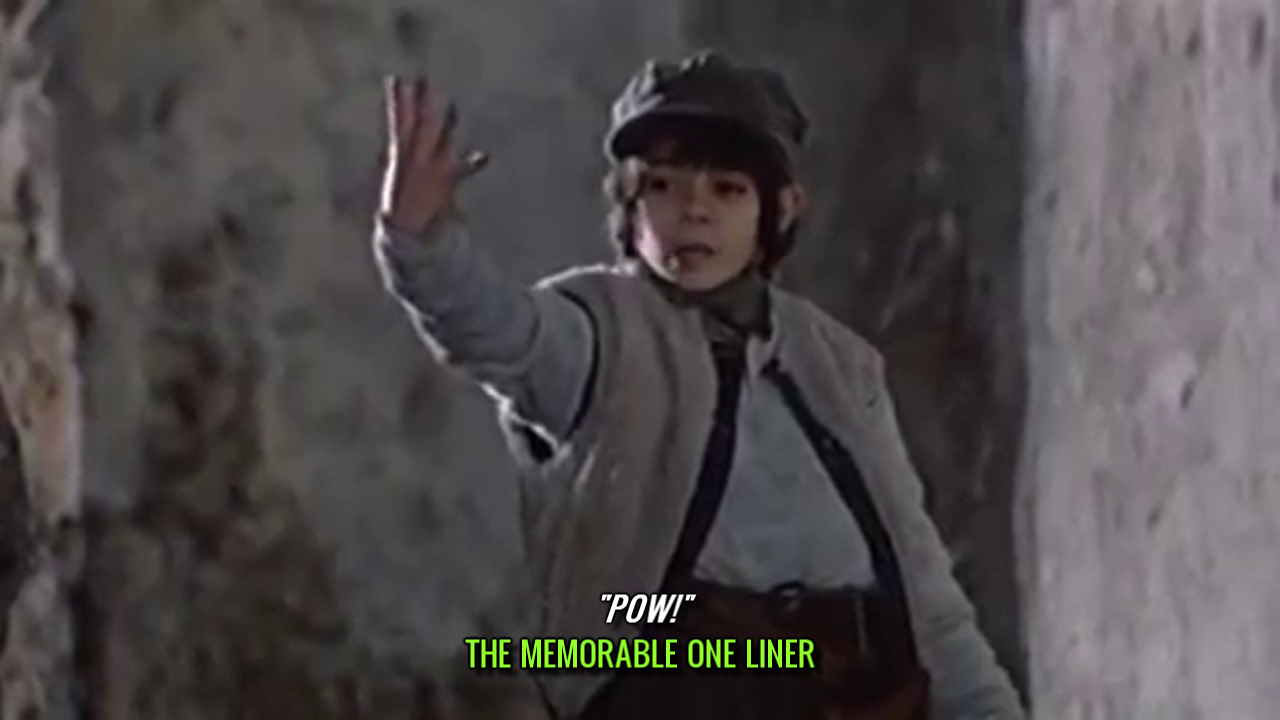 While the DAS mobilization begins, Trash, Moon and Strike, who is now accompanied by his nine year old bomb making son, snake their way through the tunnels to a ground breaking ceremony where they grab President Clark. Moon creates a distraction and gets shot in the process. Trash & Strike pull Clark into the tunnels and lead the DAS and police into a maze of bombs cleverly placed by Strike’s son.
After the kidnapping heroes reunite with the Bronx Warriors, they are soon joined by the DAS and police. A battle breaks out and for a while the Warriors seem like they are going to win. This brings Wrangler to call for “the gas”. They begin pumping poison gas into the tunnels and those who survive move above ground where the fight continues.
Now I know your worried about President Clark, wouldn’t the gas get him too? Well he managed to escape during the fighting but when Wrangler finds him his is shot twice in the chest. As it turns out, Wrangler had a side agreement with the Vice-President of GCC. Like I said, Wrangler is one bad dude. 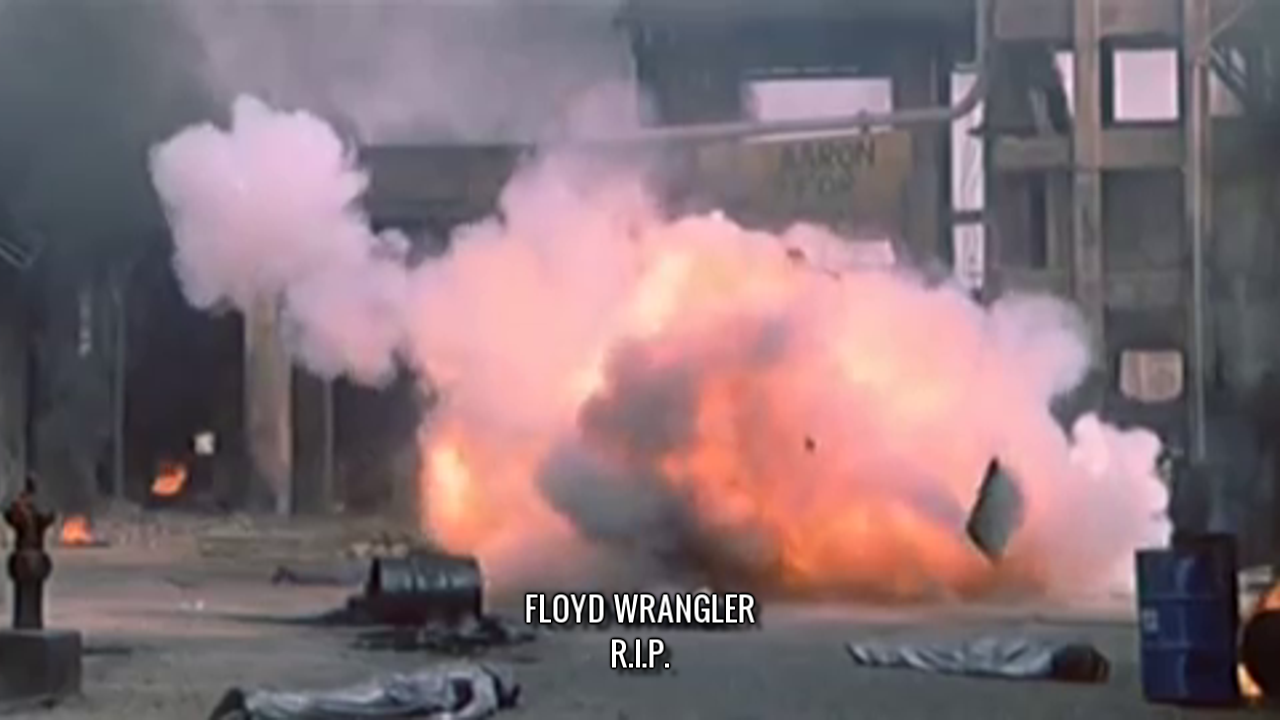 The battle continues and much like the first film, it’s hard to tell who the winner is. Everyone is dead except Trash, Strike and his son. The goals of the Bronx Warriors and the GCC were never reached. The Bronx is all but leveled and burning and then the credits roll. The End.
THE VERDICT
I like that our protagonist and hero is named Trash. He is written off by the police, the government, and the upper class as some gutter rat because, well, that’s more or less what he is. A piece of garbage blowing through the Bronx streets. But this is also what has made him a survivor. Living on the mean streets is has made him tough and has taught to fight and win. He is the victor of the proletariat against the untrustworthy and murderous bourgeoisie. Viva Trash!
In a nut shell, this class warfare concept is the heart of “Escape From the Bronx”. This idea has been done before, but as a sequel to “1990: The Bronx Warriors”, it really stands out. Most sequels offer up little more than “more of the same”, especially when there is a decrease in budget. But this film expands upon the original in a way that makes me want to watch third Bronx movie. If there was one.
Using words like “proletariat” and “bourgeoisie” implies some European philosophy. Don’t forget that these films are Italian, and it shows. While the action in this film is more developed with shootouts and explosions, it still has a somewhat subdued feel. Things explode, but they explode slowly. This isn’t really a fault of the film, but a noticeable cultural difference in the way American and Italian filmmakers work their craft. This is something that is seen quite a bit to those who watch many European films.
Also, the dialogue, again, is dubbed. While it sounds good, there are some bits of dialogue that… aren’t natural. In the scene where the President of the company is kidnapped, a police officer comments on the way Strike runs. “Look at him run…he‘s such a fag!”. LOLWUT?! It’s like if a character, ANY character is on screen the dubbers felt compelled to have them say something. Many laughs can be had at the expense of this mostly good film. Just add a few tasty brews. 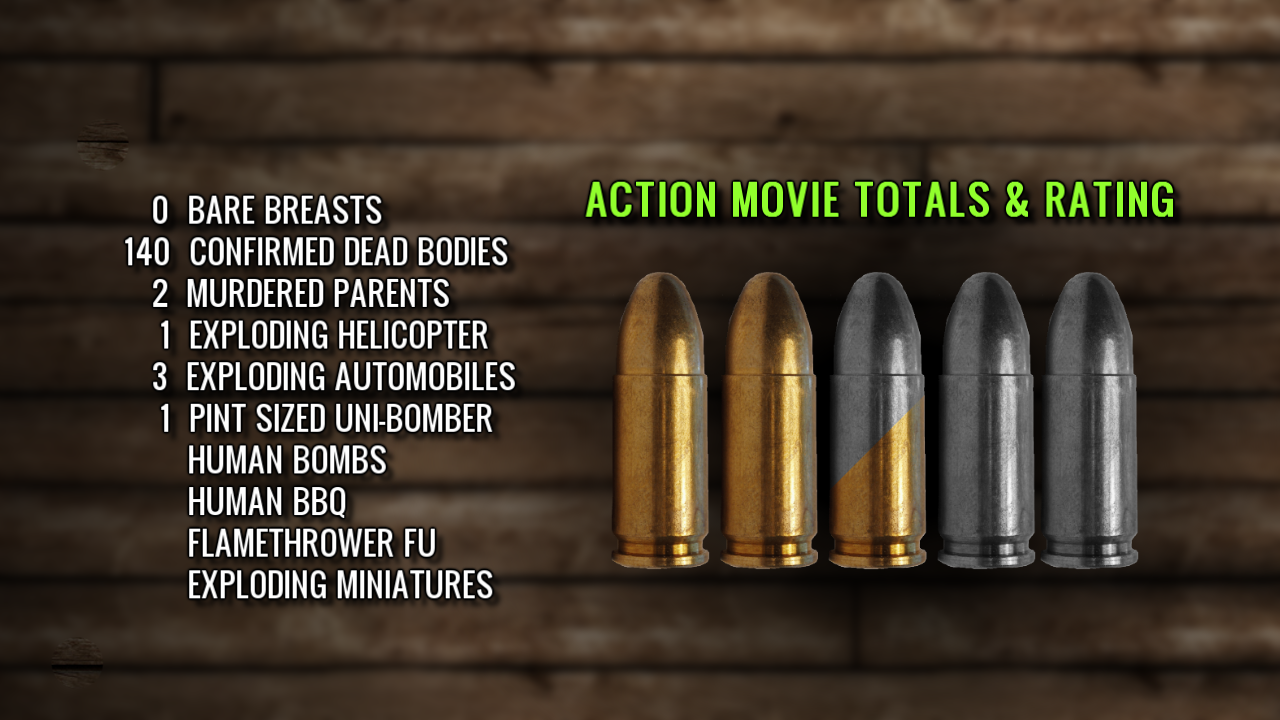 I have to say, for all the post apocalyptic flicks of the VHS era, there were only a handful that were memorable. And for good reason. I can’t quite wrap my head around why a production studio would even attempt to create such high concept environments that rely so heavily on special effects, props, futuristic vehicles and weapons. They almost always look like such crap. Fortunately the two Bronx Warriors films are better than most. Maybe because they tried to keep it simple. For more on the Bronx Warriors, visit the official website.
There are a LOT of post apocalyptic, straight to video, buckets or boring shit, and most can be found conveniently on YouTube. So to do this action movie sub genre justice we will be paying a visit to whatever no budget, boring, nothing crap that I can dial in on the ol’ “Action Movie Time Machine”. I’ll save the “Terminator” films and others for another time. It’s only fair.
I’m Cory Carr and this concludes another trip on the “Action Movie Time Machine”. Until next time, Semper Fi Punk!
For more from Cory, check out his website slaughterfilm.com, where he and his good friend Forest Taylor record weekly podcasts, reviewing the films that are legendary, even in Hell!