Well I had a lot to chose from for this “March Madness” related trek. There are so many options, “Space Jam” with Micheal Jordan, “Steel” & “Kazaam” with Shaq, Kevin Durant in “Thunderstruck”, and Gheorghe Muresan in “My Giant” with Billy Crystal… But, fuck those movies.
The lonely few that are cool enough to talk about are Wilt Chamberlain in “Conan the Destroyer”. But this is a pretty small part and I’m sure we’ll discuss the Conan films in detail before long. And of course there is Kareem Abdul-Jabbar from “Airplane”, but more importantly “Game of Death” with Bruce Lee.
With all these options I bet you’re wondering what we will be boarding the “Action Movie Time Machine” for this time. Well, another Rodman flick. Yep. Way back when, the studio wanted to make a sequel to “Double Team“, but that never happened. Someone else — who didn’t have the rights to the title, characters or JVCD — decided to go ahead with the film anyhow using whatever was left on the table. Which was Rodman, the “cyber monks” and Dane Cook for some reason. No good can come of this. No good can come of “Simon Sez”.
The year is 1999. MySpace & Napster are born onto the Internet while Barbie turns 40. The West Nile virus appears in the United States, Lance Armstrong “wins” his 1st Tour de France, and people lose their minds over Y2K.
THE SKINNY
The film begins with Simon, Denis Rodman, investigating an arms dealer/terrorist for Interpol with some help from his “Cyber Monk” friends Micro & Macro, John Pinette & Ricky Harris. Micro & Macro are using their robo-fly to eves drop on the arms deal, all while making “hilarious” jokes that would cause “Paul Blart” to pop a stitch. “Sorry Simon, we’re working out a few bugs.”. ‘Cause it’s a robot fly, get it? GET IT?! Micro & Macro are the comedic relief and I hate it already.
None of this stuff really matters. It’s just an introduction to the characters – the same way Bond movies always start with Bond finishing up an assignment before the REAL story starts. 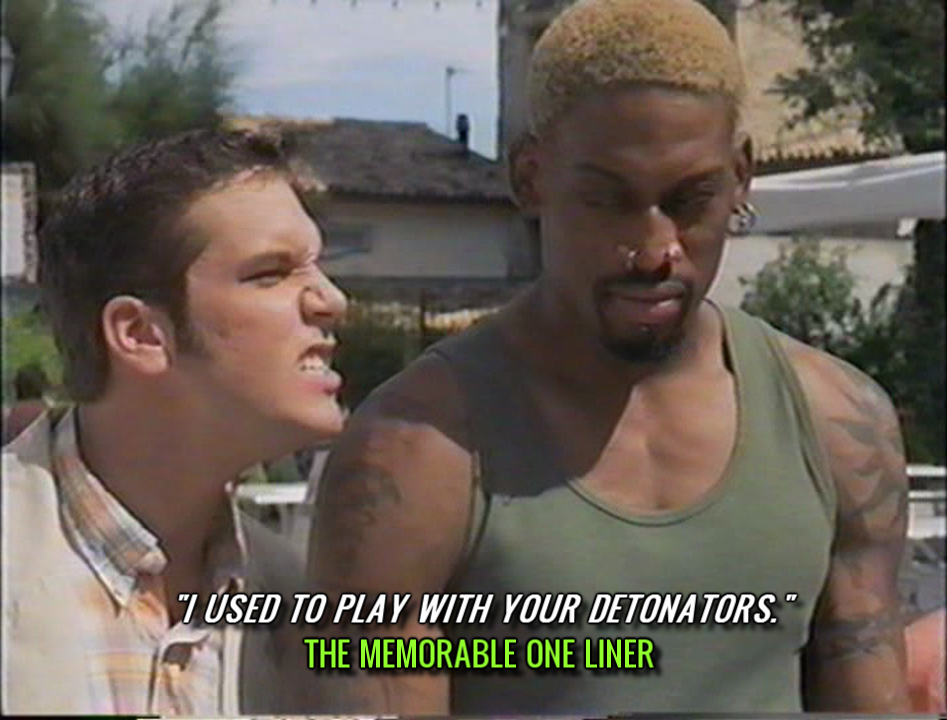 Soon after, Simon is relaxing on a French beach when he encounters Nick Miranda, Dane Cook. At first Nick tries to bullshit Simon, pretending to know him from his days at the CIA, but Simon sees through his rouse and then learns that Nick works for a tech company and has been given the job of delivering a briefcase filled with two million dollars as a ransom payment to rescue his boss’s daughter. Nick did some research on Simon in hopes that he could be coerced into helping which inevitably happens. 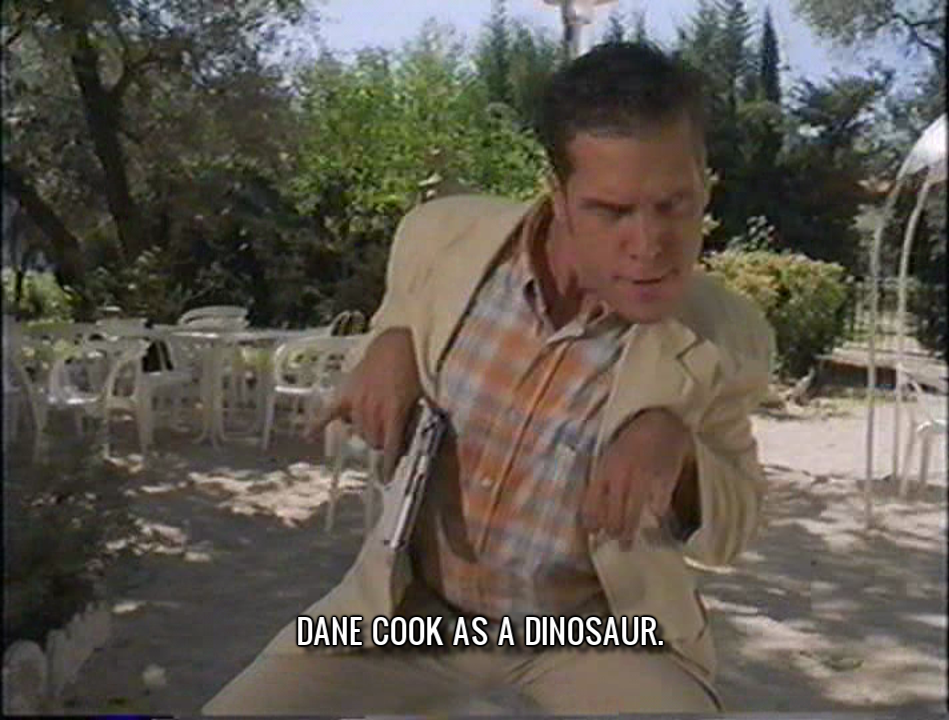 After the deal goes bad, Simon and Nick escape to Simon’s headquarters where he opens the briefcase to find a CD where the money should be. The monks attempt to read the disc, but it is secured with Department of Defense encryption. Now Simon takes is upon himself to rescue the girl while protecting the DoD disc with help from Nick and the monks. By the way, the software on the disc can turn any telescope into a laser weapon…or something.
The monks do some digging and discover that a man named Bernard Gabrielli is the one who has kidnapped the girl. He is using her for leverage to gain the disc that he will then sell to Ashton, the arms dealer/terrorist from the beginning of the film. As it turns out, Gabrielli is trying to get the disc to save his son – the kidnapped daughters love interest – who Ashton threatened to kill. I guess it’s Ashton’s plan to have others do his dirty work so he seems unconnected to any of the crimes. 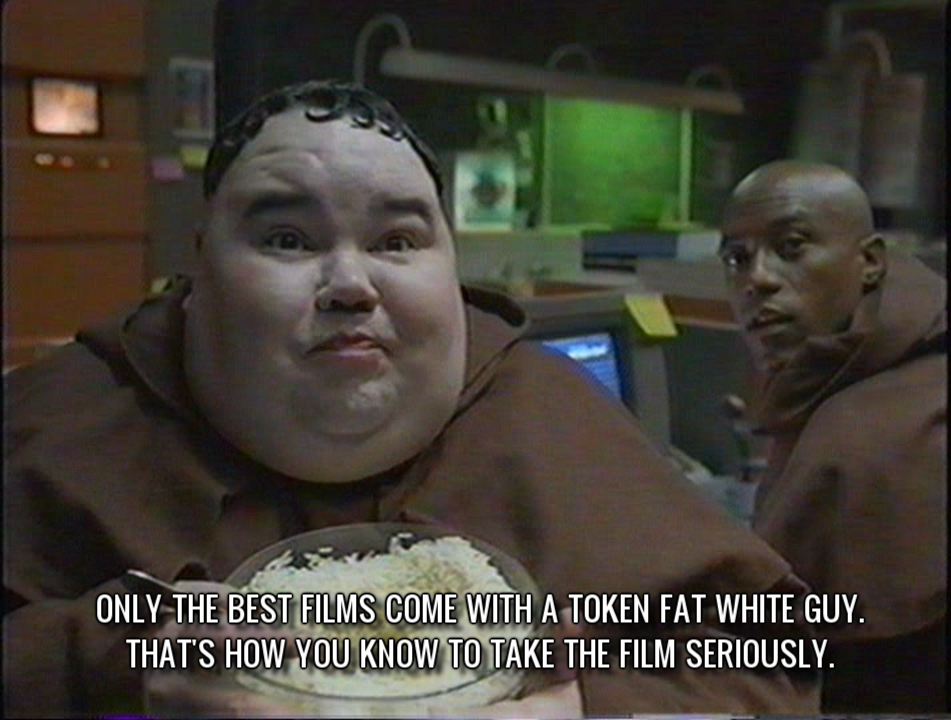 Around this time Nick learns that his boss is unsatisfied with his handy-word and tells him that he will soon be in France to hand over a copy of the disc to Ashton in person. Simon and Nick use this as an opportunity to save the day. They even recruit Gabrielli’s son, Michael, who happens to be a kung fu/parkour expert. I don’t know why his father was so worried about his wellbeing. He’s a bad-ass. 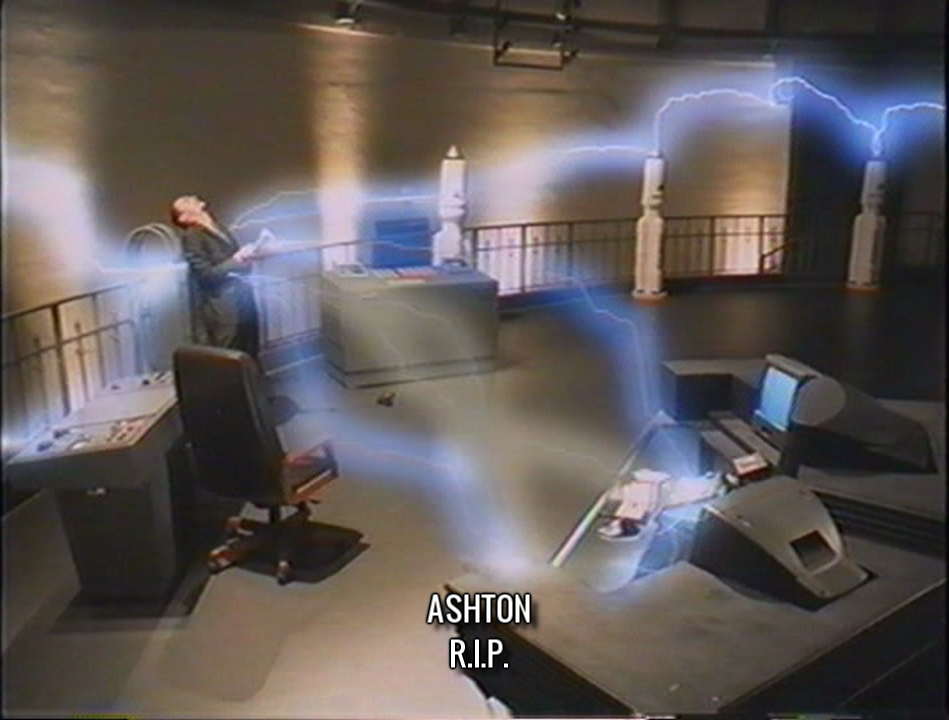 Nick, Michael and Simon’s GF, who I hadn’t mentioned until now because she isn’t very important to the story, fight through Ashton’s gang of motorcycle clowns to rescue the girl. Simon follows Ashton to The French Telescope. I assume that’s what it’s called. The two fight it out and Simon impales Ashton with a sword which pierces some telescope power supply that electrocutes both him and the telescope. Simon narrowly escapes before the building explodes. 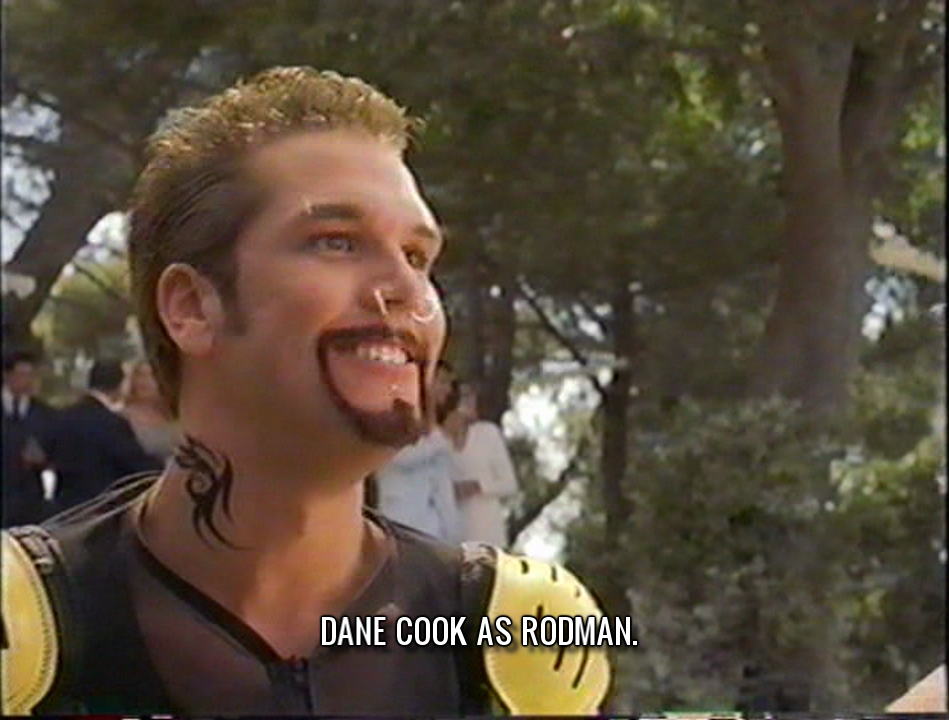 The film ends with that one guy’s daughter and that other guy’s son marrying each other, Simon and his GF go on a date and the monks chat with Nick, who is now an Interpol agent himself. The End.
THE VERDICT
Ironically, the problem with “Simon Sez” isn’t Rodman – it’s almost everything else. That’s not entirely fair. The film has a simple action plot that I’ve seen a dozen times, but that’s okay – it works. Rodman isn’t a great actor but he also isn’t awful. He is easier to take serious in this than compared to “Double Team”. The film has some pretty fast paced fight scenes, some of which feature Xin Xin Xiong who is another remnant of “Double Team”. These are the highlight of the film in my opinion, but everything else…bad.
And it’s not that it’s bad exactly, it’s just hard to focus on the film when I’m rolling my eyes at the constant jokes that are as if they’re from a kids cartoon. The Cyber Monks, if done serious, could have been interesting…maybe. But there is too much of them and I hate it.
Not to mention, the monks are the comedic relief, and with them, why did the film need ANOTHER funny man? Dane does a great job bringing his goofy energy and physical comedy to the screen but it’s just too much. He and Rodman may have made for an interesting “odd couple” scenario, but they are interrupted too often by the monks.
Here is an example of “too much”; Nick secretly follows Simon to his headquarters, the basement of a church, where the monks see him enter with their security cameras. They use a mic and speakers to make Nick think that God is talking to him. Then “God” makes Nick dance the “running man” before they drop him down a into the basement with a trap door. Once he is in the basement, they pretend to be “Killer Monks” by shooting at Nick with blank filled Glocks… Why is all of this in a movie? 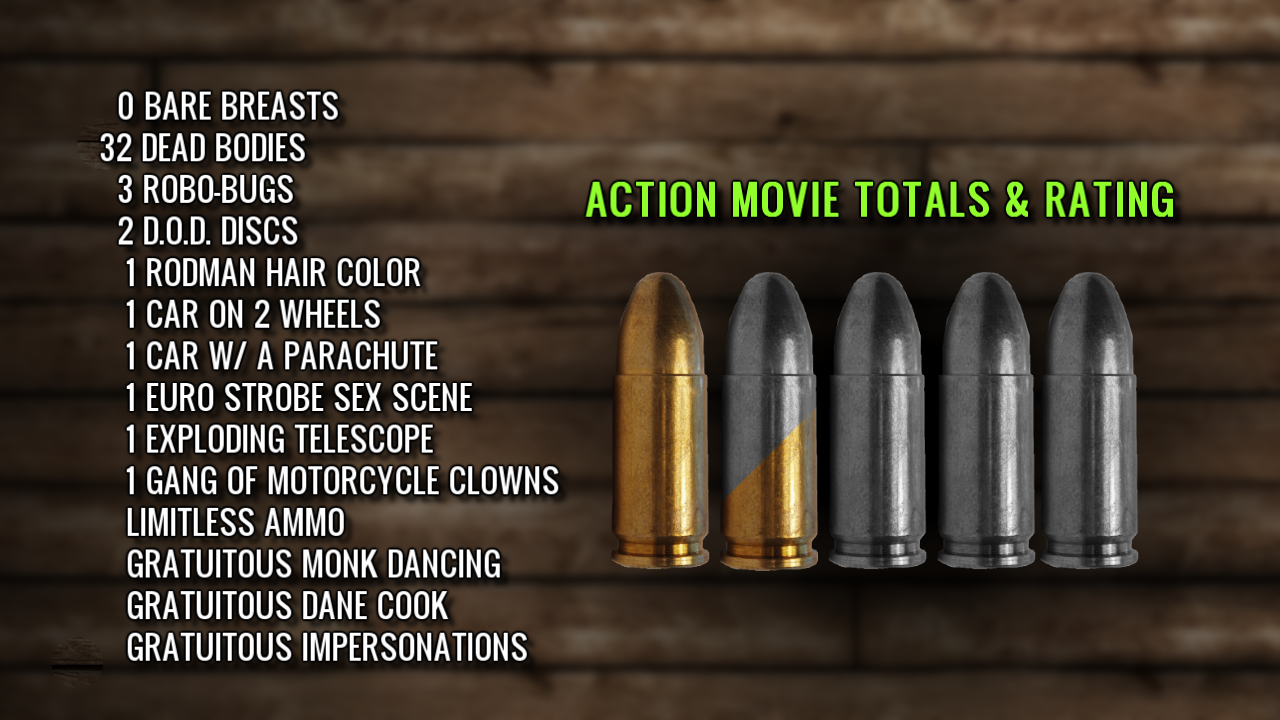 “Simon Sez” is strange because it’s better than “Double Team” in some ways and god awful in others, and unfortunately doesn’t have JVCD to carry it along.
After watching this movie again, I can’t help but compare it to ANY other action movie combined with “Richie Rich”.
I’m Cory Carr and this concludes another trip on the “Action Movie Time Machine”. Until next time, Semper Fi Punk!
For more from Cory, check out his website slaughterfilm.com, where he and his good friend Forest Taylor record weekly podcasts, reviewing the films that are legendary, even in Hell!