As we continue season one of “Daredevil” on Netflix, I’ll say this; after one episode of the show I was nearly floored by how serious the content was being taken, while still show signs of heart throughout the pilot. We legitimately cared by Matt Murdock and Karen Page and hung on every moment. With that being said, episode two, entitled “Cut Man” does in fact cut, and it cuts deep. We get further insight into the Murdock family, and the tragedy that befalls Matt. We also get one of the best fight scenes in the MCU’s history, the only thing that comes close is the Steve Rogers and Winter Soldier fight in “Captain America: The Winter Soldier.”

The episode begins with Matt Murdock being found in a dumpster bloodied and beaten. A nurse, named Claire, takes him to her apartment and tends to his wounds. Meanwhile, Foggy and Karen go out of a “date” to blow off some steam.

As Murdock and Claire get to know each other, the back-story of Matt and his father, Jack Murdock, is further revealed. We learn that Jack is a down-on-his-luck boxer who is throwing matches for some local gangsters. On the eve of a big fight with young up-and-coming fighter, “Crusher” Creel, Jack reneges on his deal and wins the fight, and pays the ultimate price.

The end of the episode closes the lone cliffhanger from the first episode with Matt finding the young boy who was kidnapped by Russian gangsters. Again, another episode that pretty much wraps up much of it’s story beats but of course leaves you wanting so much more.

Once again the acting is above the material it’s being given, and the introduction of Claire, aka, Night Nurse, played by Rosario Dawson, is great. You can tell that Dawson likes material by Frank Miller considering her participation in Miller’s other work, “Sin City.”

There are three things to take away from this episode in particular; 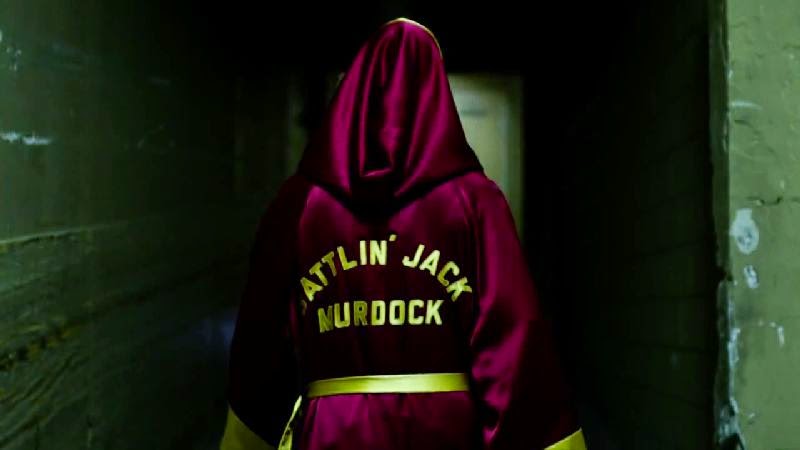 1. The relationship between Matt and Jack Murdock is a beautiful thing, and it reminds me a lot of the opening of “Guardians of the Galaxy.” It’s a tragedy that isn’t something just brushed underneath the carpet and is something that affects our hero to this day.We see hints of how this affects Matt in the pilot, but we understand the true nature in this episode. Whether we see more background on their relationship is pending, but the way it’s wrapped up is both engrossing, and heartbreaking.

2. Something that a lot of people might miss as well is the introduction of Carl “Crusher” Creel. You’ll notice a poster in the gym in episode one of a boxing match between Jack Murdock and “Crusher” Creel. This is something I actually overlooked the first time watching the pilot. Of course, this is the fight that actually costs Jack his life, so it will surely become more of a plot point in the future. This brings me to that ramifications of this fight and the eventual introduction of the super-villain; Absorbing Man. While he has already been mentioned in the “Agents of SHIELD” TV show, I would love to see a fleshed out villain who could rival Bullseye or even Wilson Fisk himself.

3. The third aspect of episode that stood out, and in a huge way, was the final fight scene. An obvious nod to”Old Boy” with aspects of “The Raid” series, we see the fighting of Murdock on full display. Whereas the fights in the first episode were done in darker conditions, it was difficult to see what was really going on, which I’m sure was done on purpose considering that Daredevil is blind. Not only is the fight brutal, but the fact it was done in a single-shot format makes it even more epic.

Where will “Daredevil” go from here; anywhere it wants. After two episodes needless to say we are in store for a series that is only only going to give us great storytelling, but unbelievable action, and I’m sure some incredible acts of violence.

Simplistic Talk: Things to take away from the newest Star Wars: The Force Awakens Teaser #2