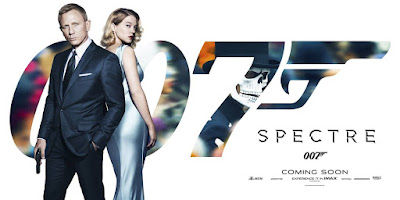 Pick up Spectre! The Greatest Hits of Bond only for the low price of $9.99
A cryptic message from the past leads James Bond (Daniel Craig) to Mexico City and Rome, where he meets the beautiful widow (Monica Bellucci) of an infamous criminal. After infiltrating a secret meeting, 007 uncovers the existence of the sinister organization SPECTRE. Needing the help of the daughter of an old nemesis, he embarks on a mission to find her. As Bond ventures toward the heart of SPECTRE, he discovers a chilling connection between himself and the enemy (Christoph Waltz) he seeks.
Spectre is the Bond film of Bond films. Spectre, its meaning should be the process of breaking down 23 films and taking the DNA of those and injecting it into 1 film. Or look at it like this, Spectre is The Greatest Hits of Bond for $9.99
Is that a bad thing? Nope but you must break it down like this
007 Fans | Movie Fans 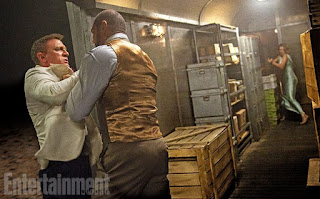 For us who spend that money every time a new medium is released with a Bond film we buy it. Doesn’t matter if it is the same copy that was released 2 years ago, we will throw money down to buy it. Seriously I have like 4 different DVD Sets of the same films. Sure you will get a feature here and there but sometimes they will release the same copy just in a new case. I own the 50th collection, then it was release in the white box, so you know I had to get that one. And yes its the same thing just a different box. Yes I’m a idiot but Bond makes me… me. So I do and that’s that.
So as a Bond fan going in to Spectre I didn’t care if it sucked or was the greatest, it was Bond and that is all that matters. Spectre is the Bond film for the fans. Call backs everywhere gave me a smile. And the fact I could see Bond have a fight in a train, Bond in the snow, Bond having a 007 like car chase with gadgets, Bond wearing a white tux gave the kid in me a tear of happiness. This film is 2 hrs and a half, hey I would of like 4 hrs in a half because Bond is a drug that I must have again and again. It’s odd because I think all Bond fans would say we wanted more even thought we were already given a lot… And that is the problem with this film.
Spectre is the big hit of a powerful drug, when it should of been just a taste. 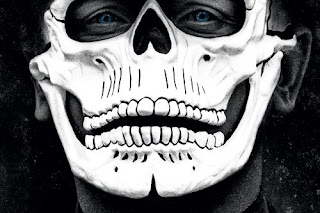 When we cross over to the Movie Fans we’re given a slew of problems and the answer to why we as Bond fans need more!
Why? Because its 10 pounds of shit in a 5 pound bag. Movie writing 101 you have what is called, “Dramatic Structure”. Dramatic Structure dates back to Aristotle, so yeah this isn’t a new thing.
With Dramatic Structure you have
Exposition, Rising Action, Climax, Falling Action and Denouement.

Spectre takes these five parts and throws them out the window. Why? Okay lets make it simple then.
Beginning, Middle and End (Climax)
Nope. Spectre threw it out again…shit… 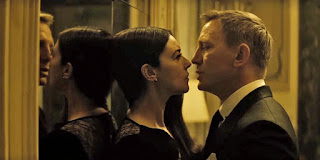 When your watching a film and the climax comes, the climax shouldn’t lead to another climax. What happens then is you begin to pit the two together, which in Spectre’s case made the first climax (the best one) follow the films final climax (the weak one) a nasty taste in the viewers mouth. End the film on the one and only climax! Do not end the film on a weak note. It leaves the audience wanting more and with a 2 hr and a half film, you should already have plenty.
But for movie fans, there was too much in this film. Skyfall had a lot less and that makes the film more enjoyable. Again Spectre isn’t bad, its really good. But you can’t take the process of writing and throw it out the window. Skyfall is 7 mins shorter, yet Spectre feels more like a whole extra half an hour, this is because of its horrible pacing. Pacing is key in movie making, here it looks to be just a afterthought.
Again the Bond fan in me wants to make it clear, it is a fun and enjoyable movie. Craig gives his best Bond yet and that was the big thing that stood out for me, Craig perfected his Bond with Spectre and I need to see him do it one more time in a good paced film. It was great to see Craig bring back the dark comedy that has been missing recently. Léa Seydoux was a great Bond Girl (I know we aren’t allowed to say that anymore but hey I’m a ass, that I already knew). The one thing that did it for me was how she didn’t want to be apart of this killing world. She wanted to leave and does, even though that becomes a setup anyone could see a million miles away. Her character could of been used better, but a recurring theme with Spectre is her character is not flushed out completely. Christoph Waltz is amazing on screen with every project he does. He is a great villain and my only two issue would be
1) Not used enough 2) They should of hidden him more when it came to the photos and trailers, especially those TV spots I kept seeing, and I don’t even watch TV. The surprise wasn’t there and it should of been.
Again the writers did not flush out the characters. 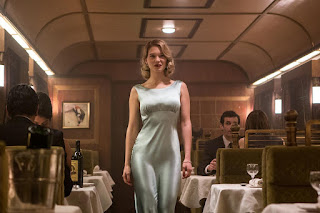 The film looked great. It had a dark look that I just loved. The opening is Craig’s best and yes the barrel was put back in the beginning, I wanted to jump when I saw it there, was so happy.
The opening is stunning. That opening shot is beautiful with a few phantom cuts the flow of the opening is spectacular.
The song is okay. Its a good song but it needs more power, its too soft and it has no kick. For a big action opening that leads to a soft song falls kinda flat. The octopus wrapping around women was awesome. Loved the titles and enjoyed seeing past Bond characters popping up.
There is this nice use of Q and M coming out in the field that I really liked. I think Fiennes’ M is shaping up nicely.
Monica Bellucci ooh la la!
The plot with surveillance I didn’t care for nor did I with Mr. Hinx’s weapon I guess I can say, the thing on the fingers, yeah… I didn’t like that nor did I care for his exit.
Spectre is a good Bond film. With so much in there, with such a long run time it seems to be missing things that it shouldn’t. And it does this thing with the villain I feel comes off kinda pointless. Trying not to spoiled anything but somethings are best unknown and left in the dark. With the ending things are left kinda opened. The viewer has no conclusion because so much is left over for a sequel it feels like. Then at the same time the whole film feels like 2 films in 1. It’s a odd taste that is left in your mouth after the film. On one hand its good on the other the question of why? hangs over some choices the writers made.
The film should of been broken up into 2
I guess all said and done this film had too many cooks in the kitchen. Spectre is a bloated film with extremely under used characters. But hey Im happy I got to live another day to see another Bond and that’s all that really matters to me. But we are at a professional level of movie making. Sam Medes and crew are on a $300 million dollar film here and should be a bit more professional especially 23 films in already.
Robert Wade, Neal Purvis Please Leave Bond. 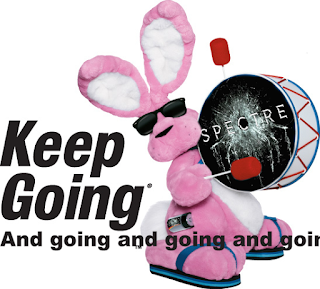 Wanted
What I wanted when I saw the trailer was a bigger threat towards Bond. I wanted Bond scared. The Double 0 program is hanging on a thread. I thought Bond would connect with other 00’s and work on this threat. That’s my big issue with what was missing, no real threat. They tried but it came off weak, Bond doing it alone, again, come on people. We have a villain that should be the biggest threat and yet Dominic Greene came off more of a threat. A lot of misses with this one which will make Spectre the most controversial movie of 2015.

Countdown to The Force Awakens (Episode I) – Star Wars: Episode I – The Phantom Menace