In 1977, with a cast of mostly unknowns, the world changed forever. An unknown film called, Star Wars took our imagination and times it by 10. A simple story that became iconic, Star Wars: A New Hope is simply put, Magical. From its cast, to its look, the scope of this film which is just incredible. When you present this film in front of a kid’s eyes, it is almost like a magician preforming tricks. Even now it still kinda comes off like that.

I can’t really review this film because there is a power, a force if you will that is more important then a review. Star Wars is not just a film, for some its life and for others it was their youth. This film is a magical experience.
And it really is amazing just how magical A New Hope is. When I first saw it as a kid in the 90’s my mind was captured by its force. Everything about Episode IV is amazing. When I say that I’m not talking about how it looks or the story, because that stuff is just part of it. But to get this film made is a magical thing in itself. At the time everyone was passing on it. Why not the story on paper probably comes off crazy right?. Imagine reading a script with a Wookie, some droids, the force and a death star. Everyone was probably going, “What the hell is a damn Wookie??!!” 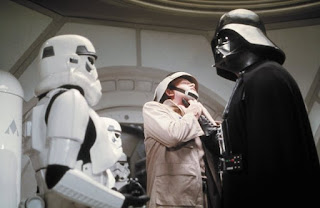 Yet for $11 million in the 70’s to get this film made is something to behold. Even today this could not be done. Keep in mind as well original ideas were easier to sell back then then today. Thats true, today it’s ether a sequel or remake.  But nonetheless that is still a feat to accomplish.
Star Wars wouldn’t be made today it just wouldn’t
A New Hope is an incredible film to watch. It doesn’t come off cheap or jokey. It’s one of those films that the entire time you’re watching you are just in awe over it. And to think this is the second best film in the saga, and the next one is even more amazing is just wow.

Its sound design is fantastic, sets are incredible, its actors feel perfect and the story is simple.  At any given time, if one of these gears in filmmaking failed the film would have been a joke and bombed big time. 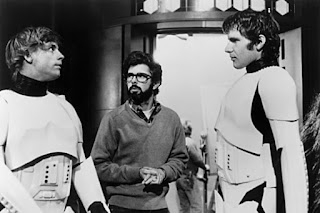 Let’s not forget John Williams killing it with that theme song! Tell me the hair on your neck doesn’t respond to that song.

The truth is I am not a big Star Wars fan. I watched Star Trek more often then Star Wars yet Star Wars is more embed into my youth. From toys to lunchboxes, Star Wars was there. Of course I had many lightsaber battles, because you know Star Wars! Without A New Hope none of that would of happened.
To watch A New Hope as a child your mind is given a B12 shot and sent into a world of pure imagination. Every kid, boy or girl, since 1977 on has had Star Wars in their life at one part. Star Wars changed the filmmaking world for the better, including the life of a kid.
and that is magical. 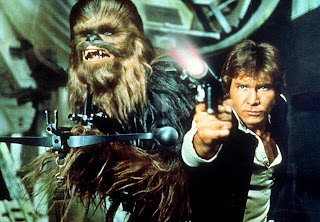