I’ll still keep this one spoiler-free for now, since there still seems to be a handful of people in this galaxy far, far away that still haven’t been able to get to the theater and watch “The Force Awakens.” With that being said, I’ll just chronicle my last three viewings of the newest “Star Wars” installment before I actually release a spoiler-filled review later this week.

Not even 24 hours had passed before I was in the theater for my 2nd go at “The Force Awakens.” This time I went with a buddy from work. The highlight of this viewing was his excitement when a certain character made his triumphant return. 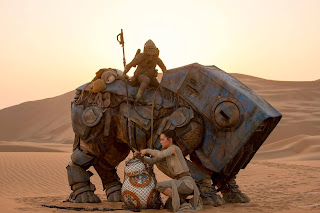 Back in the theater, this time I was with fellow Simplistic Reviewer, DJ Valentine. DJ had also seen the film the night before, so he was going into this film for the 2nd time while I was on round 3. As usual DJ brings some good insight to the film while at the same time being the guy in the theater having fun, namely during the lightsaber fight near the end of the film. 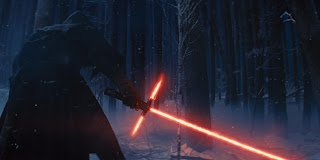 I finally get around to seeing this film with my wife, Nicole, along with her sister and her husband. What I learned that day is that Nicole’s sister had never seen any of the “Star Wars” films outside of maybe a few scenes. I guess sister like sister, because Nicole had never seen a “Star Wars” film before we started dating. The highlights for me on this viewing was seeing my wife’s reaction to a certain shocking bit of the film and of course when we were leaving the theater and she said “again, again, again.” I felt proud that I was able to bring her into this universe and seeing her excitement was worth the price of admission. 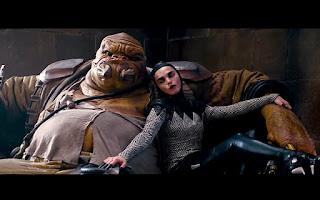 I know this is getting old, and you’re probably saying “What the F*ck is your problem?!” but hey, the movie event of the year…..you know. This time around I went with another friend and his wife, with my friend already having seen the film on the 18th as well. Nothing really noteworthy on this viewing, but this might actually be the first time that I’ve seen a film five times in the theater.

That’s about it for this little mini review.

2016 Golden Globe Results: Who won…who should have won….