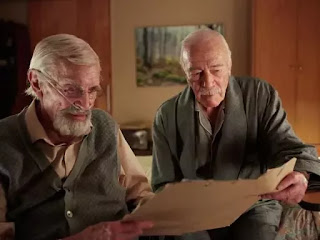 In a New York nursing home, the elderly Auschwitz concentration camp survivor Max Rosenbaum has befriended the dementia patient Zev Guttman, whom he recognized from their days at the camp. Max has continually reminded Zev that their families were murdered at the camp by the Blockführer Otto Wallisch, who immigrated to North America under the false name Rudy Kurlander. Max convinces Zev to avenge their families by seeking out and killing Wallisch. IMDB

Christoper Plummer brings his best in a performance that hits your emotions hard. This movie is all about Plummer’s performance, the story is good but his performance is what stands out. 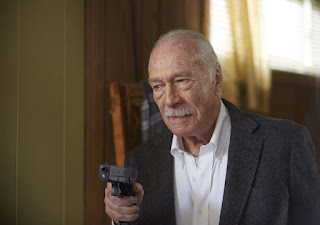 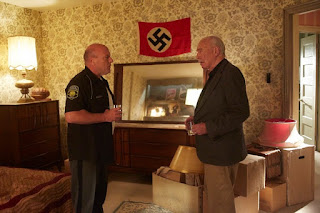 Zev doesn’t know where Otto is, so he must travel to locate the real Otto by finding every Rudy Kurlander he can. Each Rudy (there are 4 Rudy Kurlander) we’re introduced to is more interesting then the last. A real crazy moment is when Dean Norris comes in playing one of the Rudy’s son. Norris is perfect in his role and the interaction between him and Zev is a one of a few great highlights of this movie. Another is during Zev’s travels his dementia keeps taking over and his fight to remember why he’s traveling leads to a interesting highlight. In order to do this he reads a letter from Max that gives him a quick refresh of why he is traveling and what happened to his wife. Moments like writing “read the letter” on his wrist gives you a good idea of how bad it is.
The movie is good. I was surprised honestly because after a few minutes from when I started it I felt the movie was going way too slow. When the dementia began I thought it was only there to take up time where the writer didn’t want to write. Camera movement, staging and lighting added a cheap direct to dvd feel that disappeared quickly as the movie progressed. Everything up to the ending was pretty good. Once the ending came though I must admit how surprised I was. The ending was perfect and it adds one great twist I did not seen coming. Remember is a solid entertaining movie that I was extremely delight to have found.
Also I would like to note the great Jürgen Prochnow appears. He’s pretty awesome. 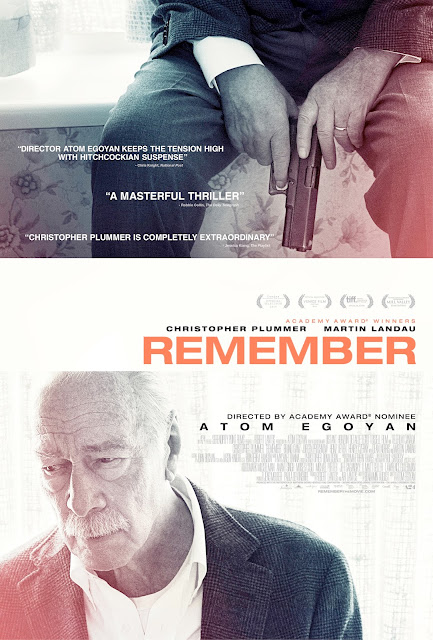