Halloween has come and gone, and so we enter the final two months of the year, including a big election the likes of which many of us have never seen before (yes, Obama was a big deal). But now we have to deal with the decision of electing a e-mail-deleting “nasty woman” or a xenophobic, racist in a red Made in China “Make America Great Again.”

“Moore” of the Same 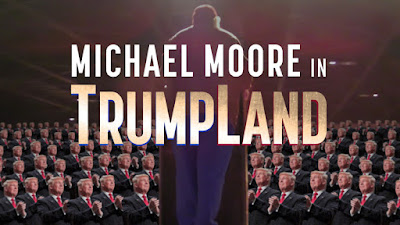 From our good friend Michael Moore comes another documentary about our failed political landscape. More in line to a college commencement speech, “Michael Moore in Trumpland” essentially rails on Trump while “praising” Clinton. But you be the one to decide.
Tarantino’s Dead…pool

This is something weird that was floating around the Internet last month after the news broke the Time Miller had left “Deadpool 2.” Of course fanboys blew their load on the likelihood that one of the last great directors we have working today would throw his hat into the ring on a comic book sequel…but c’mon.
Gimme Five! 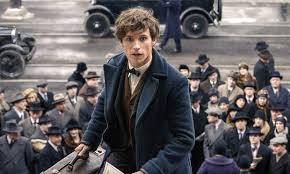 Well, this was news just because of the shear insanity of adapting a book that is only 128-pages and squeezing not two, not three, not even four, but FIVE films out of “Fantastic Beasts and Where to Find Them.” But never underestimate the power of Potter-heads.
That’s me for this month…kthnxbye.

The People Under the Stairs

Op-Ed: The 2016 Election, and a new era for politics by Matt