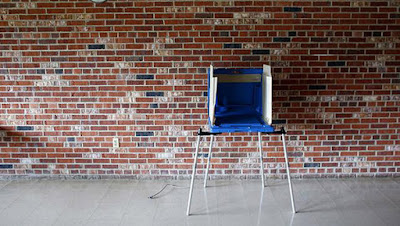 *I am in no way a political scientist or anyone of importance. Shit, I’m just a working class stiff who also happens to host a podcast with two friends. Take that into consideration when the trolling starts.*

Fret not people, the dream isn’t over…it is merely postponed…it might be a painful four years, but postponed doesn’t mean it’s dead.

Not much solace can be given in this time of division and what people might call one of the biggest mistakes voters have made perhaps ever, but we will persevere as a people, a community, and as human beings.

Oh behalf of DJ Valentine, and Justin Polizzi, none of us agree with how this 2016 Election ended, with a victory for now President Elect, Donald Trump. It’s a scary reminder to never underestimate the power of fear mongering, and pandering to groups of people that feel that they have been swept to the side in favor of people that actual need help and representation. We live in a scared nation right now filled with people scared to lose their guns, scared that they won’t have social security when they retire, scared that they can’t retire on their pension, scared, scared, scared. When people are scared they don’t look for what they have seen for the past eight years, they look to an alternative; they look to someone like Trump who offered them an alternative.

Trump is not an idiot, let’s get that right out of the way. In fact he’s a brilliant guy who conned voters into voting for him because he was an “insider” that saw the corruption that was happening in Washington, and he turned into an “outsider” who knew how to fix the problem. Can he fix the problem? Who really knows, this country has been shattered in 2016, and it’s going to take a while to mend the hearts of minds of a country so greatly divided. I can see it now, Trump 2020 “It’s Not My Fault I Couldn’t Make America Great.”

The other important takeaway is that the Republican Party now controls all aspects of the US Government, from the House to the Senate. The Supreme Court will likely tilt in the balance of the right-wing, and this can be a scary thought, but it also brings about opportunity for this country to finally get work done, albeit work that I will likely disagree with 100%. You wanted change Amerikkka, well now is your time to shine!

The Affordable Care Act will likely be repealed and replaced with something else, and it seems that Trump would like to erase all visage of the Obama Administration. It’s a sad time for many people who think that eight years of progress will likely go down the drain, and you might even consider that over 60 years of progress for this nation will be rolled back as well. That’s a bit of a stretch, but you have to consider that, it’s incredibly frightening.

So where do we go from here? Well for one, we need to carry on and continue to live. Of course it’s good to mourn, for many of us this is a day of mourning. The proverbial rug was just pulled out from under us and we face planted onto the hard concrete of reality. We were promised that Trump wouldn’t go far. He was a nightly punchline for the likes of Bill Maher, the cast of SNL, and John Oliver, but this is the new reality that we have to face; we have this man as our 45th President of the United States. Yes, a man who fired Flava Flav from a reality show, a “man” that brags about sexual assault on women, a man who likely hasn’t paid federal taxes in a long time and brags about it, a man who believes in something called “Extreme Vetting,” and a man who’s Twitter account had to be taken away from him like a child. This is the best that we have right now. This man. Donald J Trump.

So what’s next for this “great” country? Who the hell really knows. It all still seems so surreal to think that Trump is president. Perhaps we were spoiled with eight years of having a Commander in Chief, while not perfect, was an inspiration to millions. Barack Obama had his ups-and-downs, but you can’t take away his class, charm, ability to form proper sentences, and the way that he carried himself. The odds were stacked against him from the start, yet he still found ways to at least try and get things done. He treated people with integrity and dignity, and I was proud to know that we had a leader that at least tried to lead instead instead of “lame ducking” it for the last two years of his presidency. He had to deal with preposterous claims, namely from our new President, that he wasn’t born in the United States, and he handled it with class.

The last thing we need to remember is that the blame is to be shared. We created this monster, this Trumpenstein if you will. We patronized his hotels, we watched his reality TV shows, we went to his universities, we bought his steaks, we putted on his greens, and we all thought he didn’t have a snowball’s chance in Hell. Well I heard that Satan just put on his snow boots because it’s going to be a cold four (or even more) years in not just this country, but around the globe.

The chickens have finally come home to roost….or whatever the fuck that means….