After a long weekend of rambling political stances from both Republican and Democratic crazy people, meaningful marches around the world, and coping with the fact that we now live in a world where a man that shaved the head of Vince McMahon at Wrestlemania 23, is now our Commander in Chief, it’s time to start talking about things that actually matter; like the reveal of the title for “Star Wars: Episode VIII.” 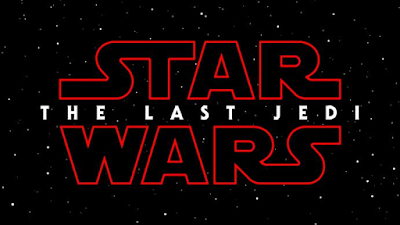 There it is folks. THE LAST JEDI
A few thoughts. I think the timing of the reveal is funny and of course “not at all planned…” After all the dissension this past week, any type of “Star Wars” news is a welcome sight for most, but just seeing the marquee, the coloring, and of course the name, you know things are going to get dark.
As most people see 2017 as the End of Days, it only makes sense that we are going to get a dark sequel to 2015’s “The Force Awakens.” But it also looks like we are going to get a modeled middle sequel that is going to be just as dark as 1980’s “The Empire Strikes Back.”
The political climate in 1980 was pretty tense. Jimmy Carter was just leaving office after a pretty tumultuous four-years including the Iranian Hostage Crisis, and we had a former Hollywood actor and at the time oldest president to ever be inaugurated into office with Ronald Reagan.
Fast forward to 2017 and we have an outgoing president where opinions were vastly divided on his eight-year presidency in Barack Obama, but there’s no doubt he re-added a touch of class to the office and while his politics might be polarizing, there is no doubt that he was a likable and affable POTUS. Now, we have a combative, instigating, Twitter-trolling, obnoxious, reality show-starring, no political experience man, Donald Trump, as our POTUS. The comparison to Obama and Trump is night and day, personally and politically. Again, for an uncertain time, we are likely going to have another dark chapter in the “Star Wars” mythos.
Of course this is speculation. This might be the cheeriest entry in the mythic sci-fi space opera. But if history tells us anything, we are heading in the direction of “The Last Jedi” being one dark motherfu*ker.
But hey! Even with my doom and gloom, “The Last Jedi” looks like it’s going to explain a lot. Who are The Knights of Ren? Why did Luke leave everything behind? Who is Supreme Leader Snoak? What is Rey’s family lineage? So many questions to answer, and we’ll have to wait another 11 months to see.

SR and The LAMB Devour The Oscars: Best Supporting Actor