Well, the verdict is in; Lady Gaga’s Super Bowl Halftime Show is the greatest of all-time. At least according to the Internet, and the Internet is never wrong. NEVER!

Look, this year was the perfect storm. Gaga is an LGBTQ Freedom Fighter, and we all thank her for that, and the fact that someone so vocal for the rights of the LGBTQ Community was performing in front of a well-known anti-Gay Rights Champion like our Vice President, Mike Pence, is a watershed moment. But a lot of people expected something a little more political, but the performance came down to musicianship and the overarching idea of brotherhood and sisterhood.

We’ve come a long way since Nipple-Gate and the near collapse of Western Civilization, but HEY, that Doomsday Clock is ticking again folks! But let’s take a moment to look back at the last 10-years of Super Bowl performances (including this year’s) that range from pure magic, to pure rubbish, to pure meme. 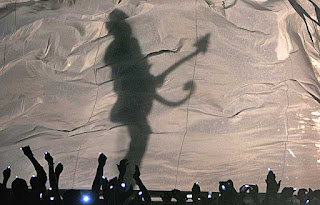 If there ever was a performance that made you think of divine intervention, this is the one. All you needed on stage was Prince. When you ask Prince to perform, you get Prince, nothing more, nothing less. He concluded his performance with “Purple Rain,” while it was raining…You can’t top it, and shut up if you argue it! Plus, he used his guitar to make it look like his dick…classic Prince. 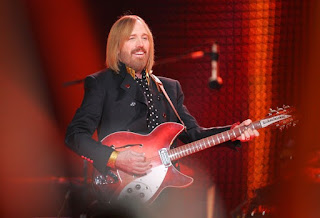 Don’t get me wrong, I like Tom Petty. He sings about weed, vampires, free fallin’, he’s pure Americana. But still coming off the high that was Prince the year before, you can only feel that his performance was..meh. 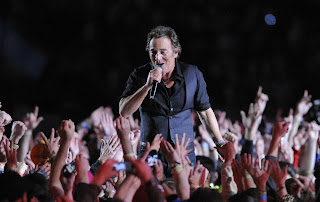 Another dose of Americana with a side of “dick in the face.” I can’t say I’m the biggest Springsteen fan, I mean my dad liked him, he introduced the world to Courtney Cox, funny enough, but all that “blue collar rock” is just bland to me. But hey, in 2009 you got some old fashioned, “dick in the face.” 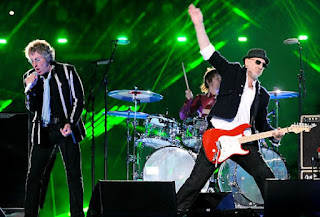 The Who perform your dad’s favorite hits! Don’t get me wrong, The Who are great. They are British royalty, but it just felt that after Prince’s 2007 performance, the Super Bowl kind of went into a bubble of safety and only allowed old white men in their 60s and 70s to play music for us. Nonetheless, a good classic rock performance. 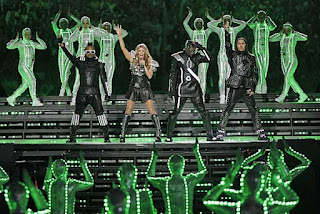 I might have complained about hearing out of touch white people music the past three years, but I can’t say I was ready for what 2011’s Super Bowl Halftime should would bring us. After four years of solo performances, I guess the NFL thought that everyone was ready for a Tron-inspired snoozefest that featured songs that no ones cares about anymore. “Let’s Get Retarded” (yes, I’m using the real name of the song since that’s what The Black Eyed Peas called it) “Where is the Love?” Who cares…this is a low point in the past ten-years of Super Bowl “performances.” 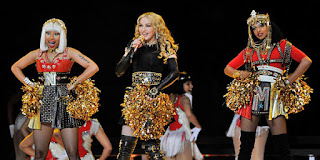 Madonna’s bombastic performance should have been a disaster, but much like Prince, her stage presence and iconic persona save the day for another bloated performance featuring too many people on stage. The highlight was M.I.A flipping the bird to the camera. Now that’s “punk.” 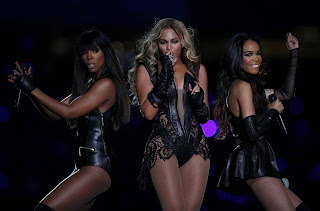 While I might not be the biggest Beyonce fan, she knows how to command and audience, or that could just be the Illuminati. Regardless, the world was in a tither on whether Queen Bea would be reuniting with her long-forgotten sisters from Destiny’s Child, and than it happened. The Holy Trinity returned, if only for a couple of minutes, but I’m sure the nostalgia running through people’s veins was amazing…or not…who cares. 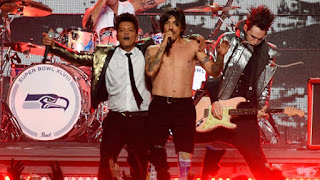 How do you top Beyonce?! Well, you don’t, you can’t stupid! With that being said, Bruno Mars and The Red Hot Chili Peppers put on a good show playing the hits that made them famous, while saluting members of the military. It’s a safe performance. 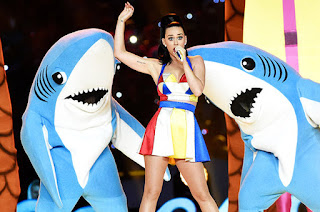 2016 – The Performance That Scared White People 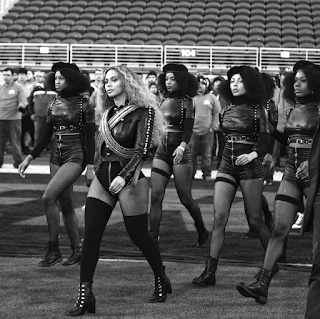 2016 was a pretty big year for the world. We saw a beloved president leave and be traded-in for an orange Halloween peanut, and with Beyonce yet again on the Super Bowl stage in front of millions of people, she decided to scare White America with the song “Formation.” Coldplay was an milquetoast as ever, and Bruno Mars brought the fun, but Mrs. Lemonade herself made a statement that was a sign of the times. 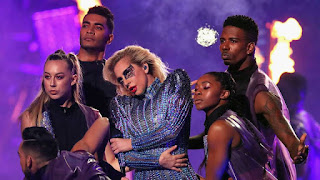 Expectations were high. After 2016’s “Formation” performance, many thought that Lady Gaga would do something outrageous. Well, I mean, she started the show by jumping off the roof of the stadium. After that she sang some songs with, wait for it, a live band with live instruments. Finally, just when you thought she would go all “political,” nope, she killed it with kindness by hugging members of the crowd and just being an all-around good person.

What will 2018 have in store for us next year? Maybe some Ted Nugent, Creedence Clearwater Revival, Styx? Oh my, the possibilities are endless in this new era we live in!

SR and The LAMB Devour The Oscars: Best Supporting Actor

SR and The LAMB Devour The Oscars: Best Director