Many of you might know that DJ and I are Miami Heat fans. And no, we aren’t these Heat fans: 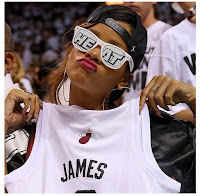 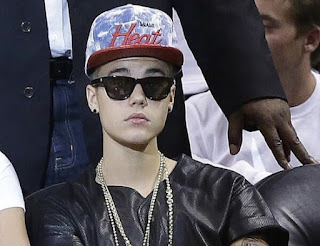 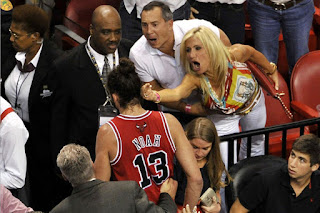 As a whole. we are just some of the worst. But you take the good and the bad, and my philosophy remains that all fans of teams are the worst. Fan is short for fanatics, take it like that. Sure, there are several people that love their team and simply just like to express it by dressing like their young children in backwards hats, jerseys, maybe some awesome sunglasses with the team name across the frames, and so on and so forth. But, hey, I’ve drunken yelled about hating Paul Pierce and Rajon Rondo before at a Heat game. Thanks Gray Goose (oh wow, I just realized how dickish that sounds).

With another season ending, I had little hope this year, especially when you are seeing a team with an 11-30 record. But low and behold, for the first time in a long time, the final game of the Heat’s season is actually going to mean something. Playoffs or Nothing. As a follower of the Heat (I won’t use the term fan, because I hate it) that’s exciting, that’s intriguing, that’s something that I missed before the days of the Big Three, and I honestly haven’t felt this way with the Heat since maybe 2003 or 2004.

I remember starting to get into basketball around 1993 or 1994. Of course everyone loved Jordan, but I liked seeing Shaq and Penny up in Orlando, and it was probably around 1995 or 1996 when I really started watching the Heat. I mean you had Tim Hardaway, Alonzo Mourning, Dan Majerle. Add in the play-by-play of Dr. Jack Ramsay, and it was Magic in Miami.

So let’s take some time to remember some of the greats that came through Miami. Keep in mind, this is a list of players that I appreciated, not necessarily the ones that caused people to wake up, drive to Sports Authority (RIP) and buy a bunch of iron-on basketball jerseys and fitted caps. 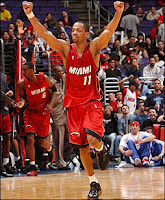 Skip 2 My Lou will always be one of my favorites, even though he wasn’t the best point guard in Heat history (spoiler, there are going to be a lot of PGs on this list). Alston was a risky pickup since he was only really known for his work on the ‘And 1 Mixtape’ circuit, but during a transitional period for the Heat in 2004, he was one of several things that I loved about the 2003-2004 Miami Heat team.

9. PJ Brown
Brown was the Heat’s Udonis Haslem before Udonis Haslem. Oh, plus he flipped Charlie Ward upside down during a game in 1998. He had a sweet little jump shot and he was just an overall good player. The Heat’s version of Charles Oakley if you will 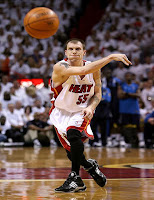 Sure, we got White Chocolate at the tail end of his career, but like Alston, he brought an element of fun to the Heat that was being built for a championship run after the acquisition of Shaquille O’Neal after Anthony Carter forgot to send in paperwork for his contract extension. So, maybe by proxy Anthony Carter should be my favorite Heat player of all time because of his Butterfly Effect-type blunder. Williams was great though, and he still showed some of his vintage Kings swag in route to the Heat’s first championship in 2006.

Bruce Bowen played defense, hit 3-pointers, but couldn’t hit free throws. Who’d of thought? Bowen was another tough guy that didn’t take any shit from anyone, plus he karate kicked people in the face during games. He didn’t stick around very long with the Heat, but Bowen played tough on a tough Heat team that was almost good enough to win a championship if the chips fell in the right place.
6. Chris Bosh

Dwyane Wade and LeBron James were the draws during their time in Miami, but Bosh always seemed to be the most down to Earth guy on the team in a time of stars. He likes beer, dresses spiffy, and just seems like a genuine guy. Sure, lately it’s been a rocky ride with his health that likely soured his relationship with the Heat, but that doesn’t take away all he’s done for the organization. Bosh-asaurus Lives!
5. Tim Hardaway 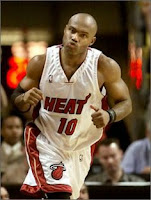 Tim Hardaway did it all. He ran the court, hit big shots, and was part of some of the best Heat teams to never win a championship. The Killer Crossover is still the stuff of legends and between him and Alonzo Mourning, they were the best 1-2 Punch in the mid-to-late 90s. And those Heat-Knicks series’; nothing better.
4. Dan Majerle 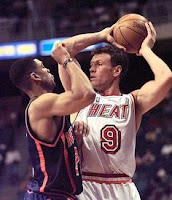 My love affair with the mid-90s Heat continues with none other than Thunder Dan himself. Majerle was one of those players who hit big shots, but when he drove to the hoop for a dunk you would jump out of your skin because, I guess, it was surprising to see an unassuming white guy do it. In a time with emotional players like Mourning and Hardaway, Majerle was one of those players that kept their cool and just played the game. Listen to any call with Dr. Jack when Majerle would hit a three and you might have a religious experience. THUNDER!
3. Alonzo Mourning

It took two tenures with the Heat to win that title, but dammit he did it! During the 2006 title run, Zo was a huge reason, especially on the defensive end, why the Heat were able to come back and pry the championship away from the Dalla Mavericks. A lot of people might blame the refs, but guess what; F*ck Off. Anywho, Mourning was the major reason the Heat became a team to watch in the 90s, and he continues to be an ambassador for the team. Plus, he was “almost” able to “fight” Larry Johnson while Jeff van Gundy was hanging onto his ankle like your clingy ex-girlfriend who want’s their hair dyer back.
2. Udonis Haslem

The guy tattooed the state of Florida on his back. What else do you need to know about Haslem. Yeah, once he got rid of his cornrows his career kind of went downhill, but that doesn’t take away him coming from a long time of Heat enforcers like PJ Brown and Bruce Bowen. Plus, he’ll likely go down as the lone, true, “Heat Lifer.”
1. Dwyane Wade

There could really only be one. Wade will go down as the best player in Heat history, and one of the best players in NBA history. Yes, things ended very sour as he claimed to be a “Heat Lifer” yet left a team he helped build and win three titles with. You can blame Wade, you can blame the organization, you can even blame Lebron James for being the focus of a team that once was Wade’s. It turned ugly when Wade left, at least for me, since I felt a bit betrayed, but I’m sure that’s just one of the steps of grieving as seeing one of the best players leave your team after watching his entire career in the same uniform. Nevertheless, three titles, game-winning shots, epic moments. The good times, the bad times, seeing Wade play was a complete roller coaster of emotions. I’m also not one of those Wade “fans” over Heat “fans.” I’m Heat first, Wade second, even if that margin is razor thin. He was the Heat’s Michael Jordan, the Lakers’ Kobe Bryant, the Celtics’ Bill Russell, he was the Heat’s first franchise player, and that makes him Numbero Uno!

Fandoms and Navigating the Golden Age of Television