Once a month, we have a segment on the podcast, “TV Roundup.” We discuss what we’ve been watching, and most of the time, it’s the same thing. Right around “Game of Thrones” time talk about that, Justin talks “Homeland,” and DJ usually signs the praises of “Mr. Robot” and most recently the resurgence of “Samurai Jack” on Cartoon Network. “Luther” has popped up, as well as “Gotham,” “The Flash,” “Arrow,” the list goes on.

But as many people have pointed out, and continue to remind us; WE’RE LIVING IN THE GOLDEN AGE OF TELEVISION!!! 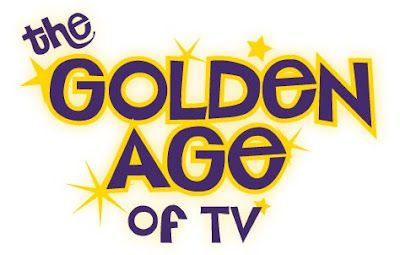 So this got me thinking; how much is there really to watch in this “golden age?” So I made a list, and the list is quite extensive, and got me thinking; how does one find the time to fulfill all of their TV fandoms while going through a normal life of work, home life, children, watching film, being smarmy on the Internet, and sleeping…maybe.

One of the main reasons why I don’t watch so much TV is the overall time it takes. A film is pretty much one and done, and even that I’ve been having issues getting caught up. Sure, with On Demand and Binge Culture so abundant these days, it’s easier to watch more TV than ever, but is there any one person that just happens to watch everything on TV just to make sure that they can have an actual opinion on everything.

Yes, if you happen to be a professional writer/journalist it’s your job to watch everything and lend your “expert” opinion and create a cute little list of the Top Ten reason why you should be watching said show, or how this show “wins the Internet” or how this new actor/actress on said show is “everything,” or maybe even why you “can’t even” (that’s still a thing right) with a certain episode. The list goes on…

In doing a little research, yes, we research things occasionally on Simplistic Reviews, there are over 20 major networks and/or content providers releasing shows that have some type fandom attached to it. I’m sure I’m leaving quite a few channels or shows from this general list, but to my point, that’s how much is currently out there, TV-wise. HERE is just a brief look at just some I could come up with. Trust me, I’m missing a ton, so put the torches and pitchforks away if I forgot your precious little angst-ridden hipster drama, or anything that might be on CBS. CBS doesn’t exist.

I guess the real question is whether TV can keep up it’s momentum, or will it collapse under the weight of it’s own grand ambition. I’ve mentioned in a previous podcast how I see a quiet decrease in the quality of Netflix’s Marvel TV shows. It’s incredibly hard to keep momentum for so long without people starting to poke holes in the most minor of minor issues, and sure, even I’ve gotten into the act, but the miracle of the Internet and having a platform, even if it’s a small one, is that you’re able to have an opinion. 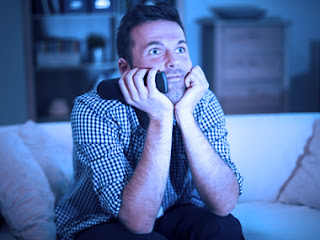 With the rise of fandom, comes the continued effort by everyone and anyone to stand up for their given fandom. People may argue about the perceived slide in quality of shows, or scoff at the fact that there is another comic book adaptation or the re-boot of a once beloved TV show from the 80s or 90s, but there always seems to be someone defending it, and for the most part, I commend that. Hell, even I’m not one that will write something off right away. At first I thought the “Lethal Weapon” TV show looked interesting, just from a nostalgia perspective. Have I seen an episode, nope.

But this is pretty much my MO with TV. Something might be interesting, but I still won’t waste my time, and if a show gets to a point of it being a chore to watch and show-runners are simply biding their time to get the show to be good again (I’m looking at you “Walking Dead”) I’m out. This is the same for “The Flash,” “Arrow,” “Agents of SHIELD,” seeing a trend here.. However, when a show does enter the zeitgeist of Film Twitter, I am compelled to watch since critics on the Internet are just as bad as cable news and their 24-hour news cycle. It’s pretty much watch, or be left in the dust, which is the vomit-inducing place we are with our Binge Culture. It really does want to make you binge-and-purge.

So let’s try this; how many shows do you in fact watch, either streaming or on cable or network TV. Do you feel an obligation to watch everything since we’ve been conditioned to think that everything that appears on the TV is important and fantastic? Leave a couple of comments, and/or just tell him I’m an idiot and trying to be a contrarian. Kisses, and good luck on that WGA Strike…

The Heat is On! Matt’s Top Ten Miami Heat Players

The Best of Armond White: (A Retrospective) Part One