Being in a city that is filled to the brim with musical on a nightly basis, you have to pick your battles and take advantage of the chances you get to see as many acts as possible.

I’ve learned this rather quickly living in Nashville, TN. 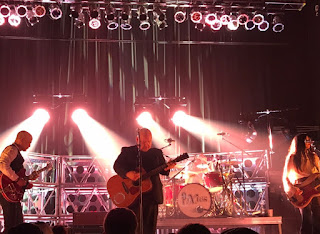 Living in South Florida I became complacent and came to terms with the fact that I was likely never able to see bands that I admire and have been listening to for years simply because of geographic discrimination. Unless I was willing to drive several hours, I was going to be stuck with a small pool of shows to pick from. That isn’t to say that I didn’t see several acts I really enjoyed in Florida, but living in Nashville has given me the chance to see acts I probably wouldn’t have been able to see without going the distance. This bring me to the Pixies, one of the seminal bands of the mid-to-late 1980s, a band that inspired Nirvana and so many other acts that created the angst-ridden grunge landscape that so many people lament about to this day. 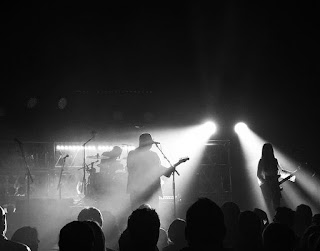 Two special things happened on May 5th 2017; I saw the Pixies live for the first time and I also attended a concert in one of the oldest music venues in the United States, the Ryman Auditorium. There is something about the venue, the Ryman, where you feel a sense of history and a ghostly aura that hovers around the room. Legends have played there, new and old, and just being able to see a band that helped build a movement in music, even 30 years into their careers, is something very special.

The quartet consisting of Guitarist/Vocalist, Black Francis, Lead Guitar, Joey Santiago, Drummer, David Lovering, and Bassist, Paz Lenchantin, took the stage and began their set with arguably their most well-known song, ‘Where is My Mind,’ which most notably plays during the end credits of the film ‘Fight Club.’ The eeriness infected the venue as people sang along, swayed back and forth as it put the crowd in a trance. It personally almost brought me to tears. 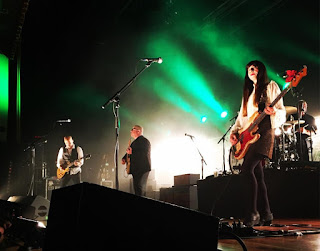 The nearly 2-hour set consisted of fan favorites such as “Debaser” “Caribou” and “Wave of Mutilation,” as well as a healthy dose of new material from their 2016 album “Head Carrier.” The set was paced well and the band just came out and played music. No interludes, no crowd interaction, just two hours of music from their entire music catalog. 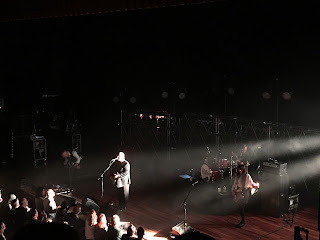 If you’re just seeing the Pixies for the first time, you of course are seeing the band with their new bassist, Lenchantin, instead of Kim Deal, the band’s original bassist. Of course I’ve seen numerous concert performances on TV and online, and both women hold their own, but seeing Lenchantin move on stage, she certainly had an aura about her in the way she moves and her vocals are the perfect foil to Black’s raspy offerings. While it would have been great to see Deal on the bass, and a treat to see “Gigantic” live, which is something that might not be done live anymore, seeing a new energy on stage with Lenchantin looks like it’s breathing new life into the band.

In addition to to the excellent set and acoustics, the light rigging was a welcome addition. It set the tone for several of the songs, and gave the entire performance more of a theatrical feel. The lighting told a story almost as much as the the music itself. It was the fifth member of the Pixies, if you will.

From fan favorites, to new material, May 5th’s show at The Ryman was a concert that I won’t soon forget. Seeing a band that has been putting out trendsetting music for over 30 years and still evolving isn’t something you see too often anymore, and despite the turmoil in recent years, it’s still great to see a band that is galvanized by one thing; the music and the crowd.

The Best of Armond White: (A Retrospective) Part One

The Best of Armond White: (A Retrospective) Part Two