Been a while since we put on a list, I mean didn’t you hear that lists make the world go round in this business of ours?!

So being in the dog days of Summer might be a little rough, but I’m sure we all remember those day at camp. Going to the pool, archery, ghost stories, panty raids, alllll the good stuff. So I put on the old thinking cap and came up with some films that bring out the spirit of the season and get us back to camp! In no particular order, let’s go to camp! 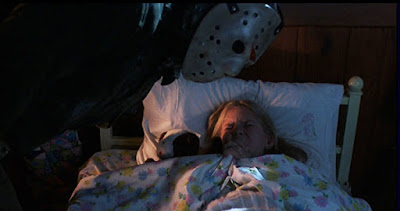 Sure, this isn’t the best F13 film, but by and large, this is the one that introduced some of the more interesting aspects to Jason and pretty much made him a super powered, teleporting killer. Plus, this is the only film in the series that actually had a Summer Camp with kids at the camp. There were actually some stakes in this edition and it also closed out the three film Tommy Jarvis arc. 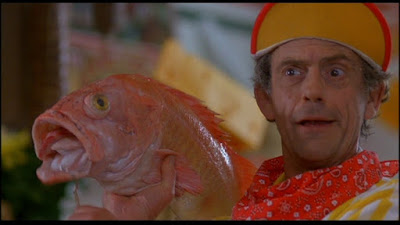 Growing up, I loved “Salute Your Shorts.” If you ask me, it was one of the best to ever grace Nickelodeon. “Camp Nowhere” was the closest thing I ever got to a “Salute Your Shorts” movie. Imagine being a kid and thinking that you could run your own camp and buy anything you want and have free reign to go ape shit. And just look above, you have Doc Brown using a fish as his ventriloquist dummy. Classic Summer hijinks.
Ernest Goes to Camp

I’m a sucker for Ernest flicks. Most of them aren’t very good, but just like “Camp Nowhere” there is a definite nostalgia factor for me here. Ernest is your classic ner-do-well trying to get a group of disorderly teens whipped into shape. Then you have some subplot where an Indian Reservation is going to be destroyed by a group of greedy land owners, and it just kind of gets weird. But overall, it’s campy camp goodness.
Addams Family Values 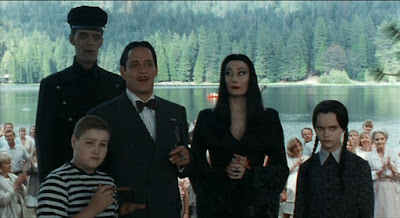 Even though the camp aspect of “Addams Family Value” is just a side plot, it provides a good amount of the comedy beats throughout. A worthy sequel that in many ways surpasses its original and is still a fun watch to this day.
Wet Hot American Summer 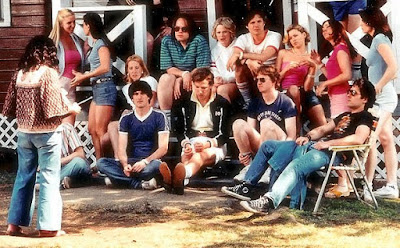 “Wet Hot American Summer” is great in all of it’s absurdity. Talking vegetable cans, Vietnam flashbacks, and obvious 30 year olds playing 18 year olds is just half the fun. Being a longtime fan of “The State” this film has all the insanity of the underrated sketch comedy show with an A-Z list of actors who would make it big in just a few years. Unappreciated in it’s time, this flick has aged incredibly well.
Troop Beverly Hills 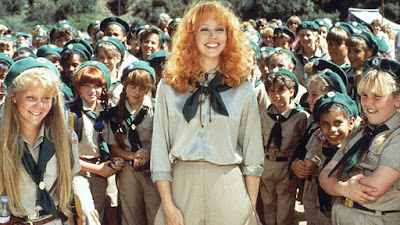 This one is for the ladies. Take all the films you know about the misfits and underdogs, and you have “Troop Beverly Hills.” In a genre that is littered with male-geared Summer Camp fantasies, it’s cool to have the ladies take the wheel and have some fun.
Sleepaway Camp 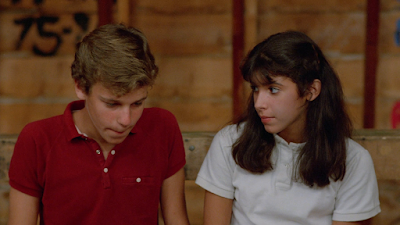 If you dig down into the bones of “Sleepaway Camp” it’s almost a camp comedy featuring bad dialogue, weird camp tropes, a pedophile that gets their comeuppance. If you’ve never seen this one before, you owe it to yourself to see the turns it takes in the 3rd act.
If you have any other Summer Camp flicks that make you yearn for your mommy and daddy back home, leave a comment below!