*Interview was conducted October 9th, 2017 with Matt Stewart from Simplistic Reviews and Jude Angelini via phone. All quotes have been taken from the interview* 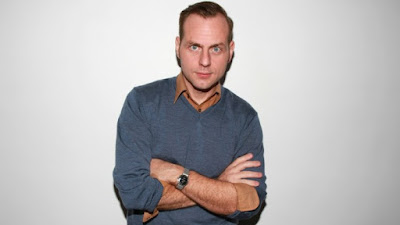 The beat poets of the 1950s were a revolutionary idea. Intelligent writers struggling to find meaning in a world where they didn’t think they belonged. From Ginsberg to Kerouac, it sparked a literary revolution and inspired a generation of new writers to simply write about life. But where are the new crop of “beat” writers? They’ve become a relic of a bygone era. But the idea of writing about one’s life experiences lives in one “Rude” Jude Angelini with the release of his newest book, “Hummingbird,” the follow-up to his 2014 release, “Hyena.”
Many have made comparisons that Angelini is a modern day Charles Bukowski, whereas I see shades of Brett Easton Ellis with his vivid depictions of sex and drugs. However, “Rude” Jude shakes those comparison’s off and doesn’t want his voice to be put in a box.
“He (Bukowski) inspired me to write…’Notes From a Dirty Old Man’ that’s the one that get me to think about writing a bit, but I try to stay away from those two guys (Bukowski and Ellis). I’ve been listening to a lot of Elmore Leonard, and reading Larry McMurtry lately…I try to stay away from the Beat writers, because I don’t want to be compared to them, but I do consider myself a modern day Beat writer.”
From unabashed, self-deprecating, and in some cases, extremely sympathetic, Angelini writes from the heart, and it’s that attitude that has garnered him a devoted following in both the literary and radio world. But even with such a following, it’s hard to break the stereotype he finds himself in. Angelin explains.
“If you look at my trajectory…I don’t see myself as this, but, a lot of people do; I went from white trash wigger on ‘The Jenny Jones Show,’ to wigger shock jock. I didn’t want to be called that anymore…it overly simplified me. I wanted people to understand that my story wasn’t a unique story, if anything, it’s a common story, that’s under shared…”
Growing up in Pontiac, Michigan. Angelini has risen from the working poor in a factory town, becoming a recurring guest of “The Jenny Jones Show,” to hosting Shade 45’s “The All Out Show” on Sirius XM Radio. He now stands on the precipice of being a New York Times Best Selling author. However, even after the success of “Hyena” he’s still faced with an issue; being thought of as an overnight success in a literary world where many people don’t think he belongs.
“What’s popular in the arts? Is a heterosexual Caucasian popular in the arts right now? It’s so simplistic…’does he check off this box, this box, and this box.’ Diversity goes beyond who you fuck and what color you are. I got passed over by everyone. I’m not a celebrity, I’m not an author, they don’t know where to put me, they thought Hyena was a fluke. The company that I went to (Rare Bird Books) deals with fringe writers, like books by sex workers, and we’re doing quite well now.”
With the struggle to get “Hummingbird” published, Angelini recognizes that an honest day’s work isn’t going to be enough these days and your work ethic has to be extreme in order to get ahead, and at times, sacrificial.
“I like a lot of gangster rap from Detroit…they talk about ‘go get it, don’t wait,’ that’s my philosophy. It (the book) is about sacrifice. I sacrificed relationships, family, my daughter, loved ones, women, to not be broke, and be successful in my field. Nothing comes for free. That’s why one chapter is called ‘Abraham.’ You have to be willing to sacrifice to make it in this world.”
‘Abraham’ explores how Angelini wanted to “blow up” before settling in Los Angeles, where he now lives, his initial struggle, a move to New York, and a tumultuous relationship with Julie, who is a frequent topic in both “Hyena” and “Hummingbird.” It’s moments like these where you see a softer side to “Rude” Jude. Another example is the chapter entitled “Sadie Hawkins,” where he meets a young lady who has cystic fibrosis.
“What smart people see is that there is heart in each and every one of these stories. I might do grimy things, I might do things that society might deem unacceptable, but I have my own moral (compass) and value system, and it’s about being respectful and allowing people to make decisions on their own, but some people might read that and say it’s sexist…is it? To allow people to make their own decisions after being given all the information is sexist?”
It’s questions like that that give readers pause and challenge what they not only think about Angelini, but also think about themselves. We all share similar life experiences, but just don’t happen to write it down and have it published and read by the masses.
But at the heart of “Hummingbird” there is the underlying idea of acceptance. Whether it with your friends, sexual partners, or parents, the idea of acceptance is something that weighs heavily with Angelini. Even with book sales, that’s not the goal at the end of the day, it’s being accepted as an equal, on his own terms of course.
“You don’t write a book to make money. It’s about the prestige, it’s about the acceptance. You know what it would mean to me…a guy that took five years to get through high school that was in shitty English class, took a few junior college courses, to be a New York Times bestseller on some literary shit? People buying the book is a vote, I need votes…I want entrance into that part of society, the same part of society that rejects me, on my own terms.” 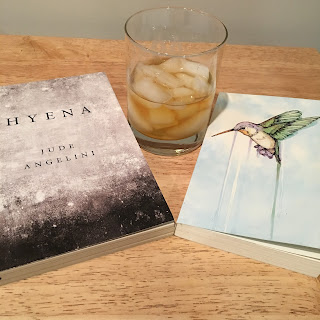 ‘The All Out Show’ can be heard on Shade 45 on Sirius XM Radio from 4-7 pm EST Monday-Friday.

You can purchase “Hummingbird” via Amazon HERE
You can also pick up “Hyena” HERE
Matt Stewart was born and raised in South Florida and recently moved to Nashville, TN. Simplistic Reviews started with three buddies, Matt, DJ, and Justin, bitching about TV and Movies in July 2012 and guess what…they are still bitching and better than ever.