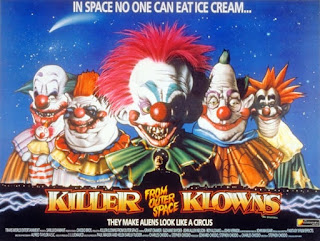 When teenagers Mike (Grant Cramer) and Debbie (Suzanne Snyder) see a comet crash outside their sleepy small town, they investigate and discover a pack of murderous aliens who look very much like circus clowns. They try to warn the local authorities, but everyone assumes their story is a prank. Meanwhile, the clowns set about harvesting and eating as many people as they can. It’s not until they kidnap Debbie that Mike decides it’s up to him to stop the clowns’ bloody rampage.
Release date: May 20, 1988 (USA) 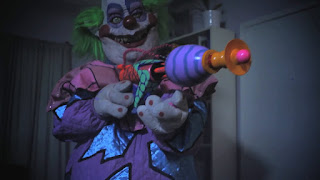 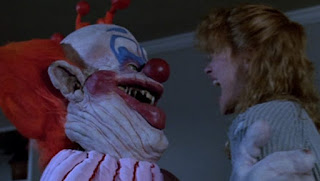 What could be better then watching some Killer Klowns this Halloween!? Well with the Simplistic Reviews crew! Join us as we watch a movie that was made to be wacky and goof, yet its still better then half the shit that comes out today! So grab that frankenberry! Pour some of that Halloween themed choice of beer because… this Movie Commentary is gonna scare your socks off!