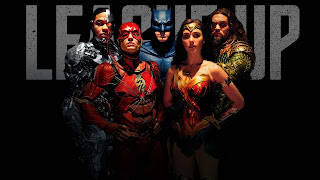 What Is The Story?

Fueled by his restored faith in humanity and inspired by Superman’s selfless act, Bruce Wayne enlists newfound ally Diana Prince to face an even greater threat. Together, Batman and Wonder Woman work quickly to recruit a team to stand against this newly awakened enemy. Despite the formation of an unprecedented league of heroes — Batman, Wonder Woman, Aquaman, Cyborg and the Flash — it may be too late to save the planet from an assault of catastrophic proportions. (IMDB) 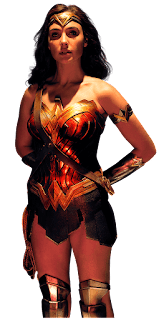 Justice League is a fun movie with problems I can’t believe went unseen, but lets talk about that later. Did I enjoy JL? I did. This was a film I went into with zero care especially with the amount of crap thrown at me. Whether it be online ads or TV spots I was already hungover by the time JL was hitting screens. So when I sat down and drank my coffee I really had a fun time watching. This wasn’t do to the genetic storyline but it was watching these characters and as well having them interacting with each other.

Without the strong characters this film is light on its feet. With the mess that was Suicide Squad and Dawn Of Justice, the key take away was the dark tone. With Wonder Woman that tone changed. What we got was a happier, brighter and more colorful film. This was needed and I believe was part of the success that Wonder Woman had. With JL I am happy to see the dark visuals get toned down. Now it wasn’t Wonder Woman levels and in the film it even fights with itself, but still it was nice to see a more colorful look. Don’t believe me? Take a look at the comparisons with the first trailer and the newest one. Same exact shots but with a brighter and clear look. The addition of Danny Elfman scoring went a lot further in helping this tone problem WB has.
That 2hr running time should be the new standard. This sets up boundaries for filmmakers like Snyder. Stick with the 2hrs everyone!

The Flash is great thou he needs to be turned down a few. Having the Flash at 11 the entire time is a bit draining. 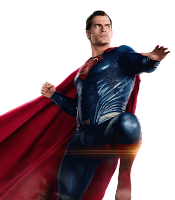 Aquaman was good. Wish we had more but I’m looking more forward to his standalone movie.

Cyborg was better then I was expecting.

Batman was Batman. Wish we had his standalone already. Not sure what is going on behind the scenes but I feel we are missing out on The Batman film not yet shooting.

A lot. Story, dialogue, CG, sound mixing and more. Again I am surprised to see some of this in a tentpole film. I had to shake my head a few times do to the sheer craziness of allowing this into the final edit. I understand the issue this film had during production. But I wont allow that to hinder my final view on the film. I would love to talk about the super mustache but I won’t because the amount of work that goes into a movie production is incredible. What happened was terrible and I can look past that. Probably should of just added a beard on him to cover it up. The fact that any movie is completed is an achieve on itself.

But some stuff is just surprising.

The first few minutes should grab your attention but here I was shocked right away. The kids on their phone recording Superman was terrible. Great idea but terrible execution. The video should of been filmed by real kids. I would of loved to see I child film this with other children around in the frame. It felt so fake and that’s another issue with this film, cheap execution. The onscreen camera buttons just did not need to be there. This was the first thing we as the audience see and it wasn’t done right. 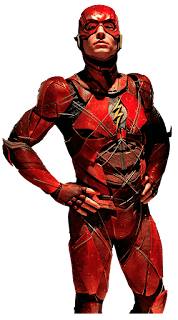 Then we jump into Batman on the roof capturing a criminal. This entire scene felt out of place on top of that it felt shot like a TV movie, cheap. And out of all the scenes that need to be dark this was lit way too much. Then the stupidest thing I’ve seen in ages happens. Batman talks to Alfred using his real name right next to the criminal. Are you kidding me? This is a one on one conversation. There is no need for real names. You could use a codeword but again this is two people talking, no confusion on who is talking to who.
Now the criminal knows Batman talks to a man named Alfred, I’m sure he won’t go home and google Gotham and Alfred together. Christ. The way these DC films treat Batman’s secret identity is appalling.
Now with the villain I would not go as far as what others are saying. He is definitely not the worst ever. I don’t believe that. What I can’t believe is why make him a full CG character? Why hire the great Ciarán Hinds and only use his voice. What the hell are you thinking? Throw him in the make up chair and allow him to use his sinister facial expressions to bring that character to life. But hey no one really wants Steppinwolf as the main baddie in a JL film anyways. What if Doomsday was approaching Earth to take it over. First half hr is Doomsday taking over and enslaving humans. Flash goes back into time and sets up the team with a plan to bring back Superman. Bring him back is the only chance they have. Superman comes back as evil and the JL film is about fighting Superman and setting up the arrival of Doomsday in part 2.

That would be in my opinion a better storyline. Perhaps having Batman v. Superman in this universe kills that. Another reason they shouldn’t have made that film. Starting to think WB didn’t plan any of this out. 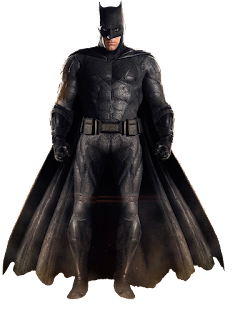 The league fighting Superman. There is a great shot that almost makes the entire movie. More of this WB.
Elfman using Superman’s classic theme which got my heart racing. Again more of this WB.
Elfman bringing his Batman 89 theme back brought tears to my eyes. This was the moment the film became more for me. I felt honored to hear that again in a theater. This is Batman’s theme just like Star Wars and Bond have theirs. But if you weren’t paying attention you might of missed it. It pops up a couple time but the poor sound mixing drowns that out for the general audience. I don’t know who is at fault here, someone needs to be brought back. That was almost disrespectful. Felt like the movie was embarrassed of the theme.
That’s the recurring theme with WB and their DC films. They seem to be embarrassed of their property. We have been witnessing this for awhile now. Allow your property to be itself. You saw that happened with Wonder Woman. Your on the right track but I feel like your out of chances. Right now your on track to lose money. It’s a shame because this is a ton better then Dawn of Justice.

Snyder and Terrio need to go. I do believe Joss Whedon brought this film up to fun for me. If he wasn’t apart of it this would of been a remake of Dawn of Justice. Give Whedon the control or hell Patty Jenkins she already showed us she knows the property better. The numbers are there and the people have spoken. It can not continue this way.