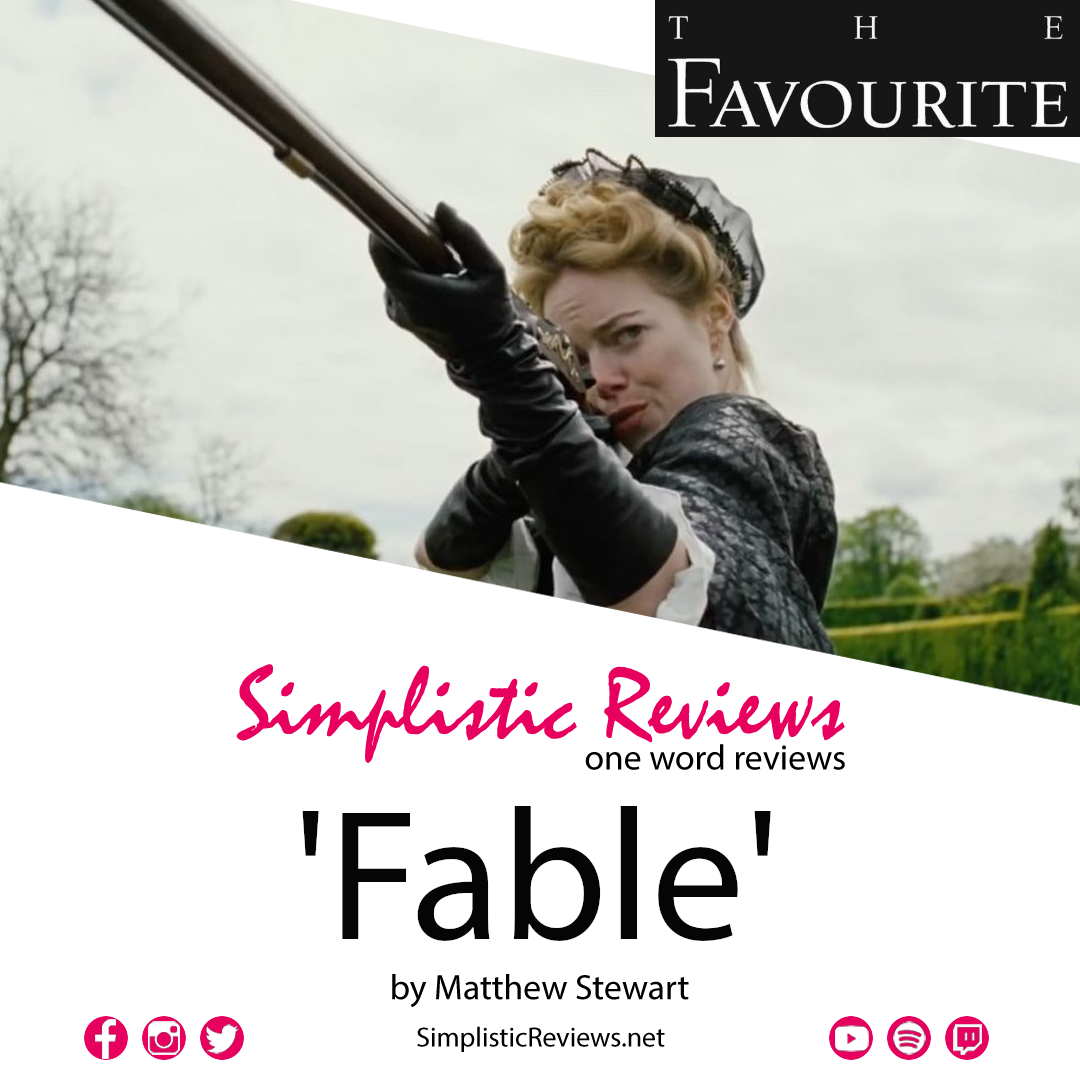 Since 2015’s “The Lobster” Yorgos Lanthimos has established himself, at least to me, as a modern day Aesop, creating adult-themed FABLES that are both mind-bending, funny, and unlike anything any other director is creating right now.

“The Favourite” is a film that takes the tried and true concept of the “costume drama” and turns it into a PG-13 version of “Salo” with two of the best in the business with Rachel Weisz and Emma Stone turning in some great performances where it leaves you guessing who is the hero or the villain.

Throw in Nicholas Hoult with his over the top David Bowie-like performance and Olivia Colman putting in some serious work as Queen Anne and you have some great fun right here.

A Simplistic Review: Spider-Man: Into the Spider-verse