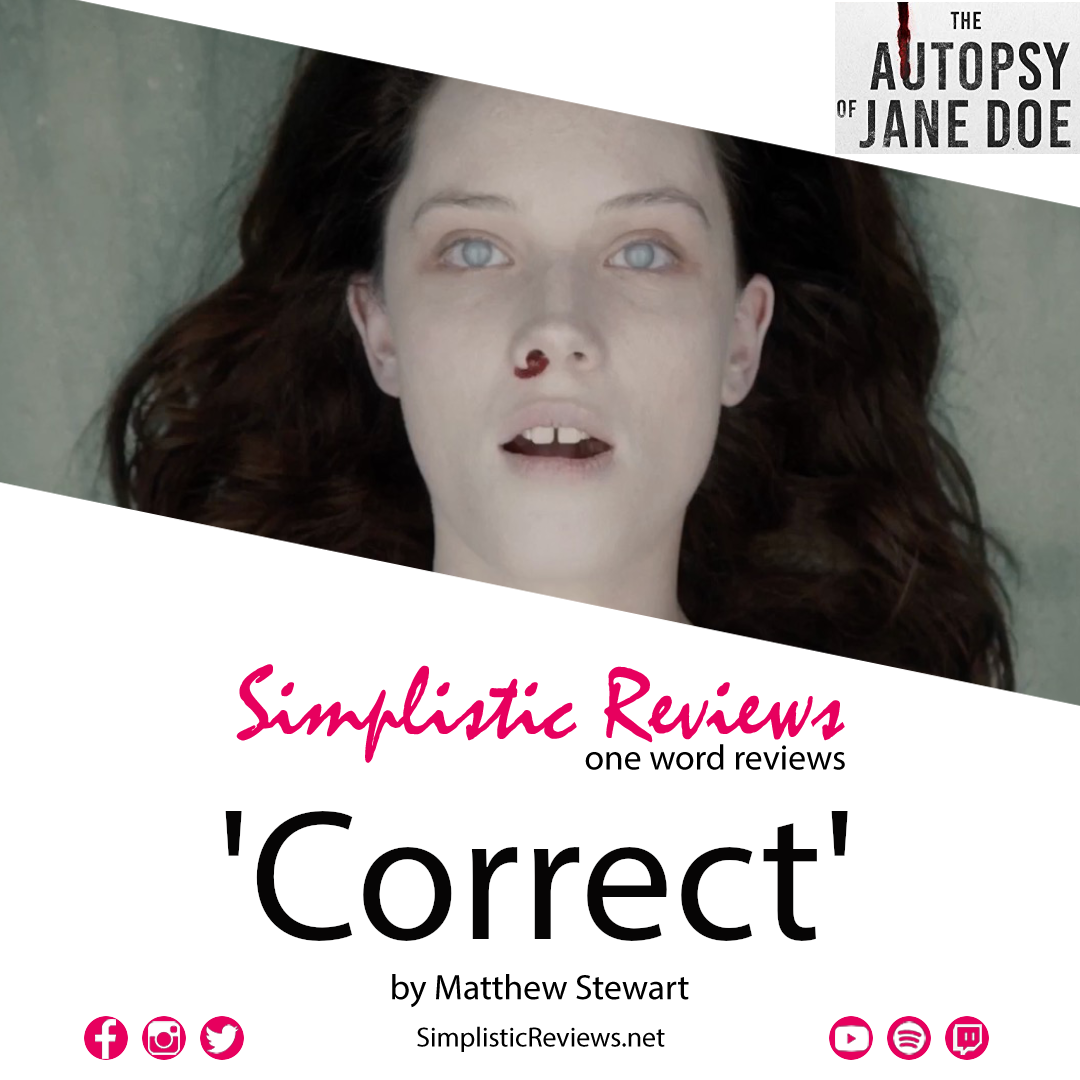 As the kids would say; “‘Scary Stories to Tell in the Dark’ brought me here.” I’m almost positive that I’ve seen “The Autopsy of Jane Doe” be suggested to me on Netflix time and time again, but I always turned my nose up at it.

These types of films just aren’t my horror cup of tea. Not that it scares me, I just don’t care for the supernatural, scary, maybe witch, girl, who terrorizes people. Just not my jam.

But after finally giving it a chance, and despite it being just “meh” Guillermo del Toro made the CORRECT choice in choosing director, André Øvredal, to helm one of my most anticipated films in “Scary Stories to Tell in the Dark.”

Øvredal knows how to build suspense and you might even say that “Jane Doe” is a story cut right from “Scary Stories.” The dude has some chops and I’m looking forward, and hoping, that he doesn’t, like the adults say; “ruin my childhood.”