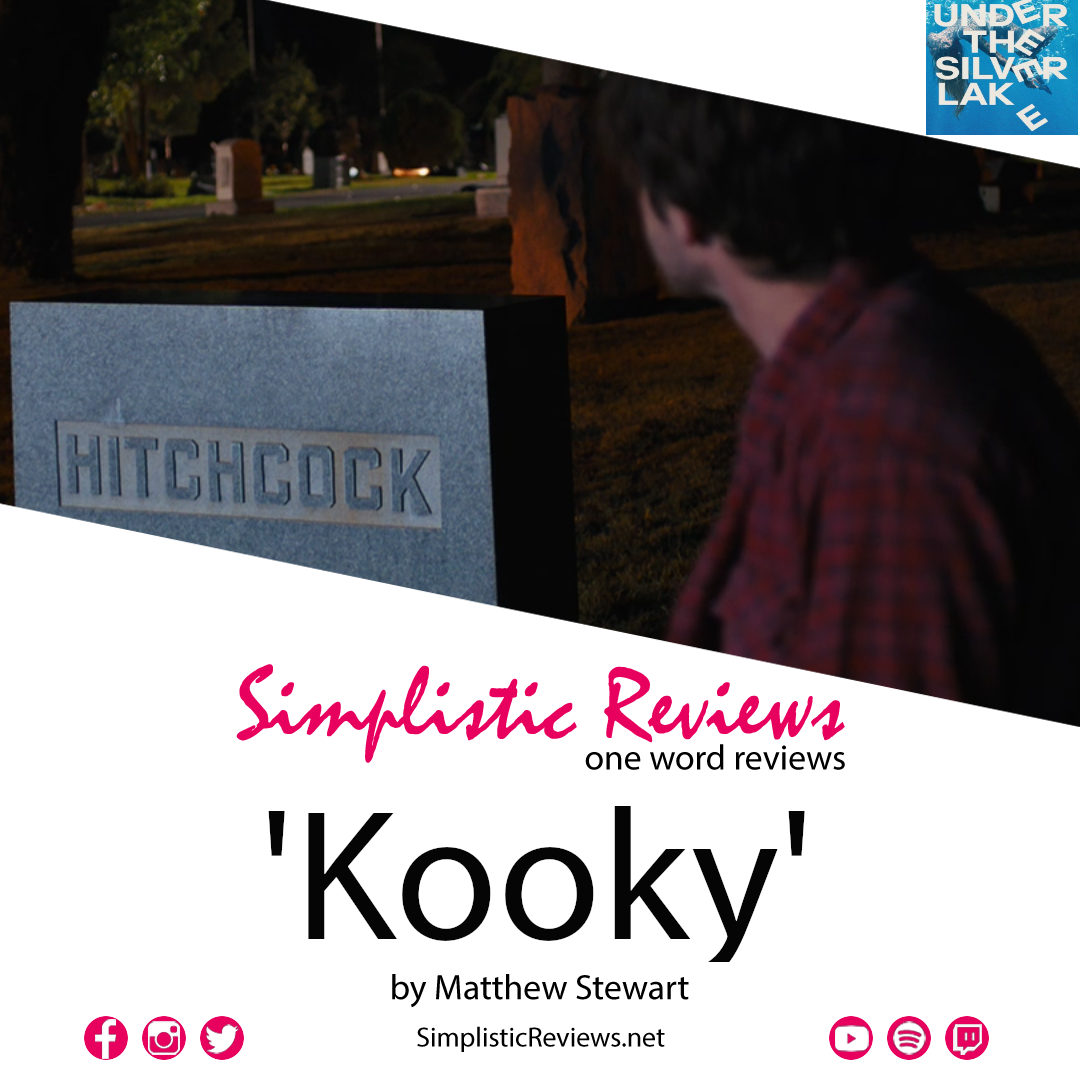 I see what David Robert Mitchell was doing here.

Hmm, or maybe I don’t…regardless.

So you have this KOOKY film, “Under the Silver Lake,” where you have Andrew Garfield doing his best impression of Jeff Daniels’ The Dude, while he tries to figure out a conspiracy theory that would make Brian De Palma, Alfred Hitchcock and David Lynch blush.

On the surface, I really dig this flick. It’s so…..KOOKY. It really has no purpose, it’s mainly a series of vignettes that’s held together by an insane premise, but it works if you stick with it.