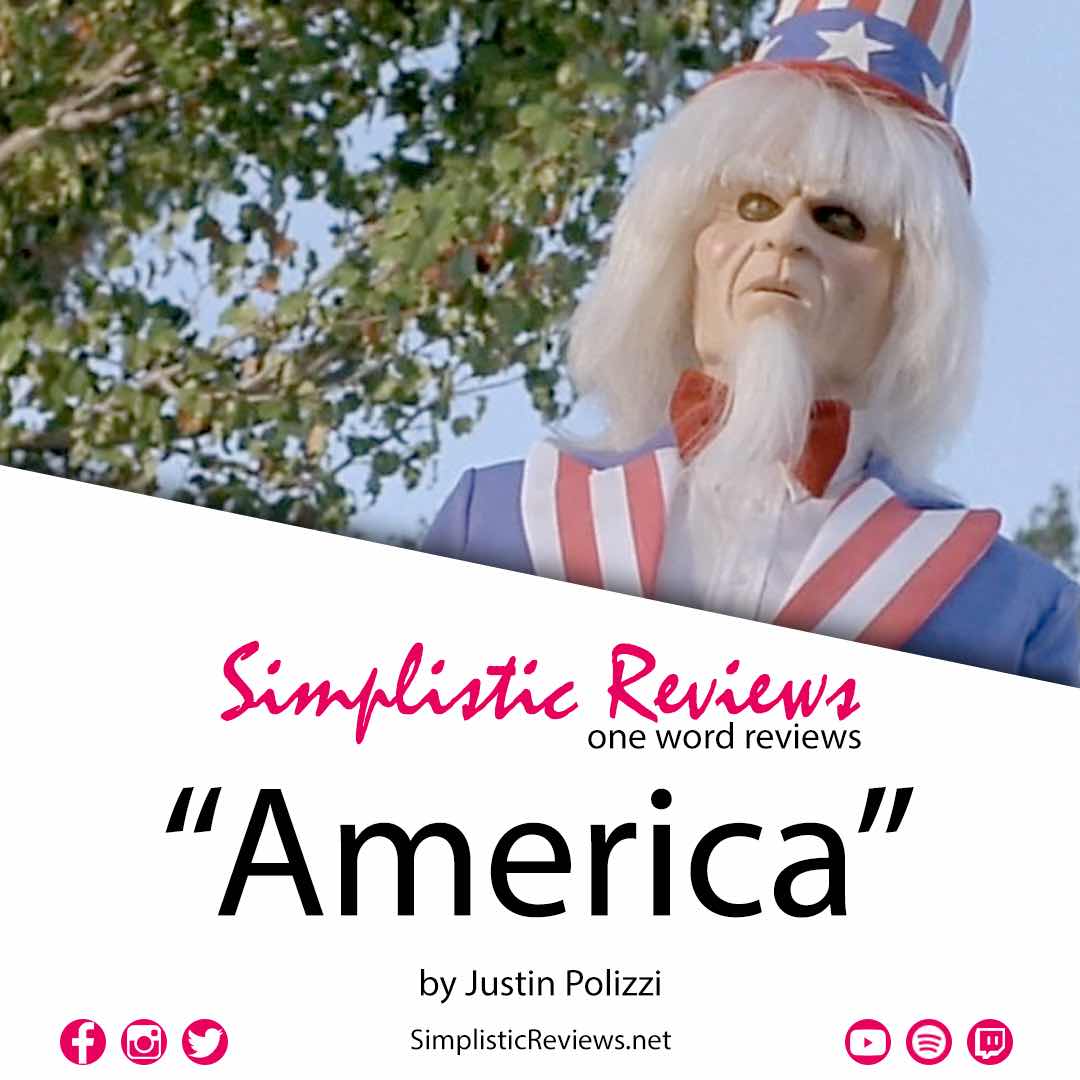 So you may have notice we did a movie commentary on Uncle Sam and if you didn’t well I guess shameless plug for us. But honestly you can’t get more American then this film. What other country can you finance a film about it’s patriotic symbol and have him murder people on that country’s birthday. Uncle Sam is a crappy film but that’s okay. It’s the perfect entertainment to enjoy with the freedoms we get when some in other parts of the world don’t. Uncle Sam a stupid slasher film that fills the appetite.

Because you asked for it, here it is… Uncle Sam!

The classic blockbuster video rental slasher is a great way to celebrate America’s birthday! Nothing like some patriotic killing to make us American hard. Okay children grab that flag and those sparklers, bite into your U.S. grade hamburgers and pop in Uncle Sam…This is Simplistic Reviews Movie Commentary!

And we’re back….and it’s not A Dinosaur Story….The month of July brought us so many wonderful things, and by wonderful I mean a bunch of things that people bitched about on the Internet. So here….we….Go.

Here’s the key to 2016. As long as you make every polling station in America a Poke-Stop….motherfu*kers might go out and vote!
Ghost Bust This!

Well, the movie that sent feminists and meninists wild was finally released, and after just about a week, no one was talking about it again…go figure…thanks Internet…we’ll move onto our next controversy.
Batgirl Gets Down?!

In one of the most unnecessary revisions in DC Comics Animated history…Batgirl has sex with Batman in the animated version of “The Killing Joke.” Look, we know Batgirl is a bad-ass, but in a comic where she is victimized, we also need to see her subjugate herself to having to f*ck Batman on a rooftop? Sorry, spoilers, I’m sure those pages were stuck together in Alan Moore’s original draft of his book back in 1989.
That’s enough ranting…kthnxbye…

Today on this 4th of July we fight a 3hr war, one we thought we would lose. But we made it through all 3hrs of Zack Snyder’s poor choices to bring you another Simplistic Reviews Movie Commentary. We’re sure you have better things to do today. Drink and Eating come to mind. But the time may come when you must watch that

Christ that’s a mouthful. Then lets watch it together. A army of one. A uprising to be independent from unbelievable plot holes in a $250 million dollar movie. I mean it’s crazy to think these people are professionals and still somehow find work.

So remember young ones. You don’t need to jam 10 pounds of shit into a 5 pound bag. Fill up that first bag with all that needed shit and grab another 5 pound bag to finish stuffing that shit. Because having two bags of shit is okay, not one overstuffed bag of shit with plot holes throughout its 3hr run time is okay. Shit boys and girl, that just doesn’t fly!