This isn’t a joke…the boys are back on the airwaves with another edition of The Simplistic Reviews Podcast…or are they? You be the judge of whether you think they’re back or not. I might be telling you here that they are back, but are they truly “back.” And if they’re back, where are they back from? The Future, School, Training, To Back, In Black, Rubs, In The Habit, For The First Time, again, it’s up to you to decide…

This month, the shenanigans range to these nincompoops yelling about whether Spielberg or Scorsese did it better, and by IT they mean holding the camera and making millionaires do things on camera, to the merits of Justin actually discovering he’s North African and how we can us that to our advantage.

There is also the return of Simplistic Switcharoo where the fellas tackle the big questions of whether Nicolas Cage could be replaced by John Malkovich in Face/Off and after a long a sordid history, Matt might finally come to terms with the concept of Anne Hathaway.

All this, and of course your monthly dose of dick and fart jokes, on The Simplistic Reviews Podcast, if you SMELL…..what THE CROCK…..is cookin’!! 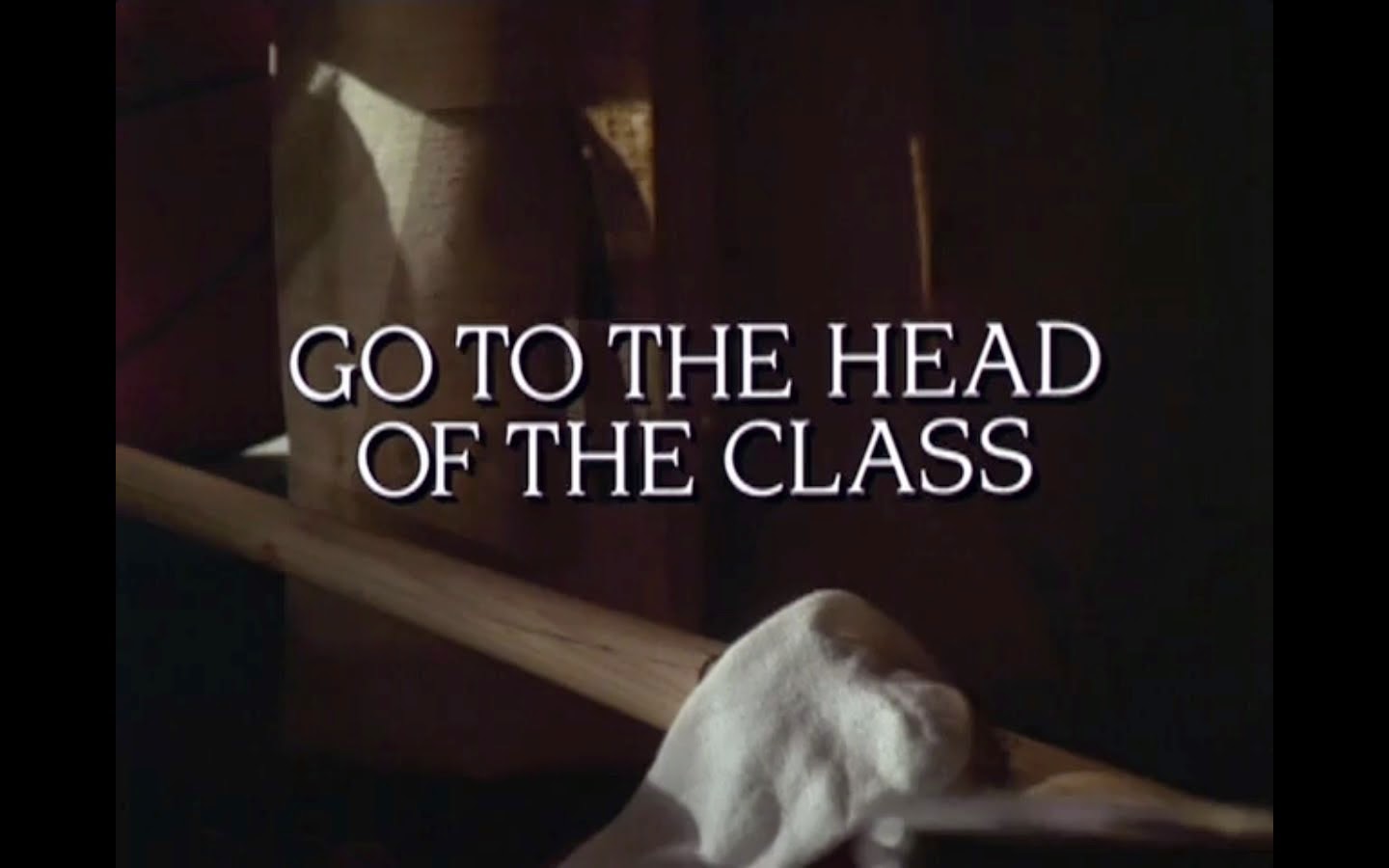 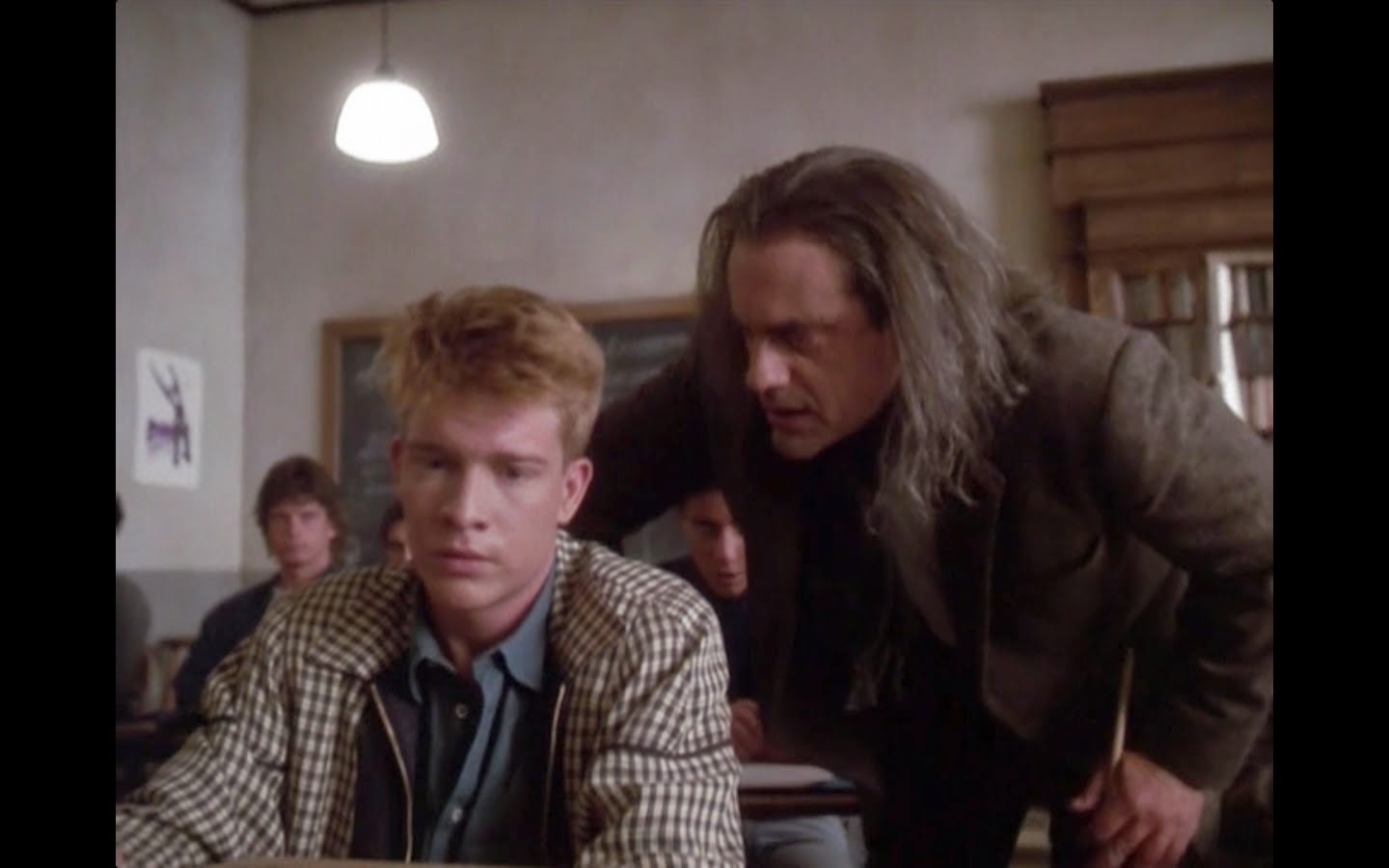 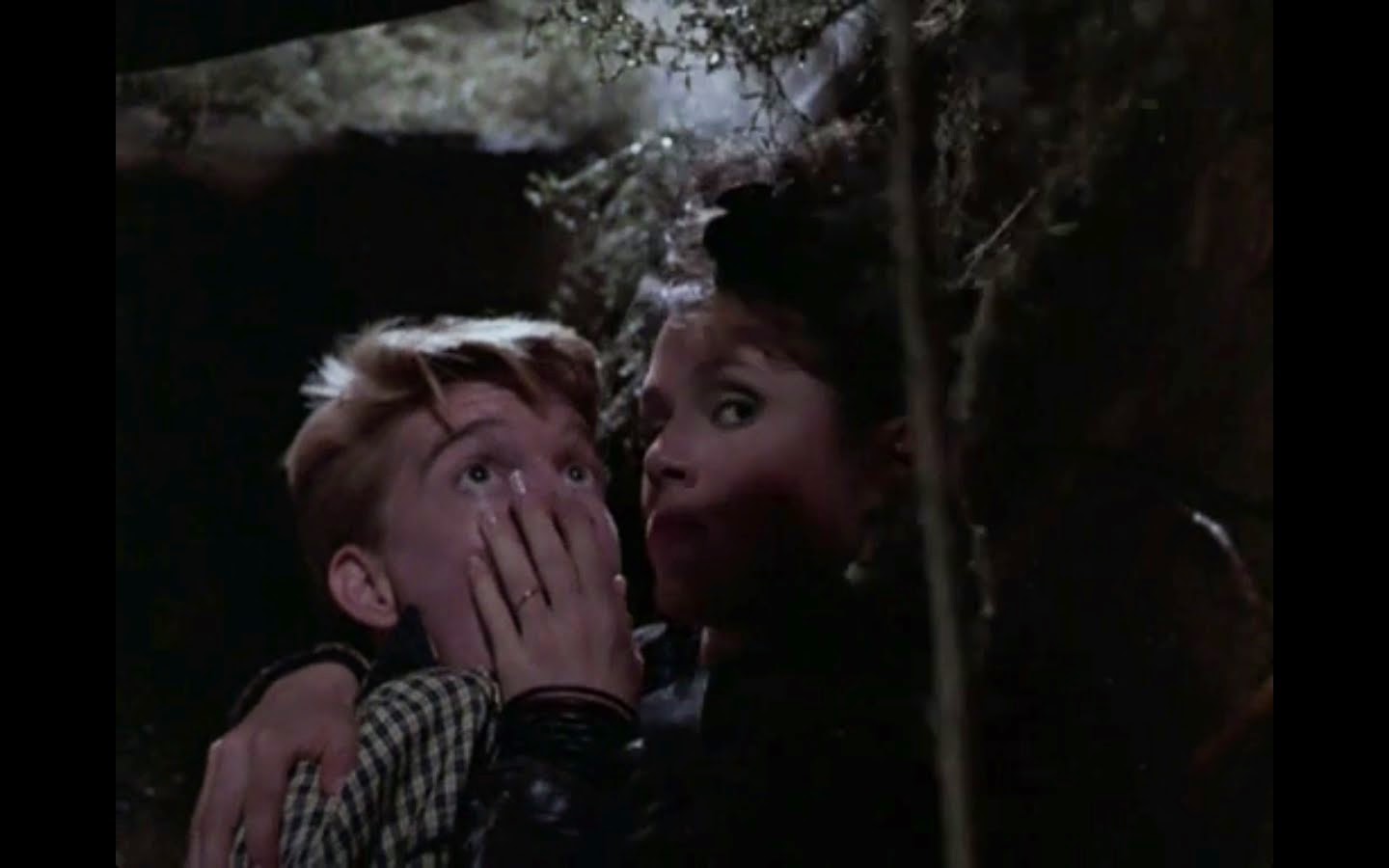 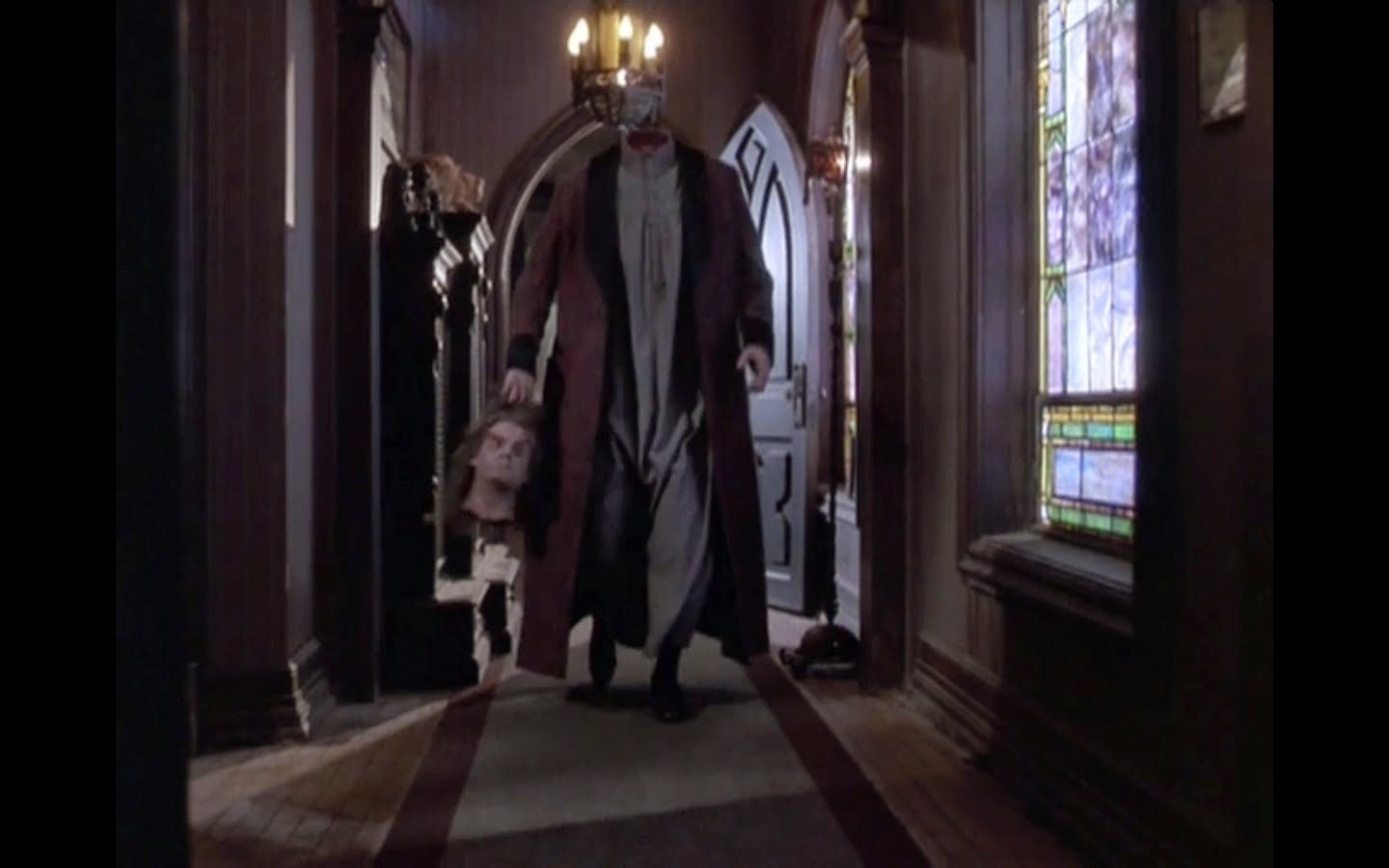 Ask Dr. Wattley, the main reason to be a Jew is for the jokes.  Also, because the food is pretty good.  Have you ever had brisket with some potato pancakes and a bowl of matzoh ball soup?  Trust me, it’s good.

There is also the case about the supposed “Jew-run media” that everyone complains about, and sure, there are a few people of Jewish descent that have a major say in what happens in Hollywood, but c’mon, we deserve it damn it!

In this Jew-dition of Cinema and Suds, I take Schmaltz Brewing’s He’Brew Genesis Dry Hopped Session Ale, only 5.5% ABV, and enjoy the underrated Steven Spielberg classic, “Munich” and feel some Jewish Pride.

Remember to check out the video above for the full Jew-view.  I love puns…..

With the Jewish High Holy Days under way, I felt it only appropriate to include a movie that I not only find amazing, but in a way, a birth rite of sorts for the Jewish religion.  Move over “Hebrew Hammer,” step aside “Fiddler on the Roof,” that film would be “Schindler’s List.”

Let me start with this; I’m in no way a religious person, you might even call be a very poor example of what a Jew should be. I eat cheeseburgers, I enjoy baby back ribs, and I do not actively attend temple on either Friday, Saturday, or any day for that matter. However, I respect a religion that doesn’t push it’s ideology all the way down your throat, maybe just the tip (as long as it’s circumcised).

Just in case you haven’t seen, or heard of “Schindler’s List” I’ll give you the rundown; Oskar Schindler (played by Liam Neeson, or the bad-ass in “Taken 1 and 2”) is a factory owner, and Nazi Party member, who hobnobs with the Reich in the evening to keep up good relations in the lead up to Adolf Hitler’s “Final Solution.”  As the German war effort ramps up, and the Krakow ghetto is liquidated, Schindler begins to see his Jewish workers as more then just workers, but victims in a senseless crime committed by the party he is affiliated with, and he tries to save as many of his “workers” as he can with his “list.”

Along with Neeson, the cast is aces, with Ralph Fiennes starring as SS guard Amon Goeth and Ben Kingsley as Itzhak Stern, but it would be nothing without the direction of Steven Spielberg.  Spielberg captures Poland in the late 1930’s and 40’s perfectly, and shooting the film in black and white adds to the stark backdrop of the era.  The film only features two scenes with color as Schindler sees a young girl in a red coat being lead away from the ghetto, and later that same girl, in her red coat, seen by Schindler again as just another dead body.  The color usage is supposed to be the point where Schindler starts to see the Jewish people as not only his workers, and/or property, but as human beings, and we begin to see his transformation from factory owner to savior.

Some people might see “Schindler’s List” as exploitative, or narrow-minded in its view of World War II, but it’s a film that shows people the horrors of the Holocaust (sure, it’s a movie made in America, by the man behind “Indiana Jones” and “Jaws”) and you have to merit a film that just about anyone can relate to.  There are themes of redemption, perseverance, faith, sacrifice, and love, and seeing where Oskar Schindler started, a well-to-do Nazi Party member, to where he ends up, on his knees wondering why he couldn’t save more people, is as beautiful as it is tragic.

In 2002, Steven Spielberg directed the film Catch Me If You Can starring Tom Hanks and Leonardo DiCaprio.  It centered around the true story of a brilliant con artist gallivanting around the country and the relentless FBI agent tasked with capturing him.  It is one of Spielberg’s better, yet, forgotten films.  Hanks is great, Leo is great, and Christopher Walken steals every scene he’s in.  The film itself ends…(SPOILER ALERT) with Leo, the criminal, beginning to help Hanks, the FBI agent, solve some of the white collar crimes in order to commute his sentence.  This is where the USA Network show White Collar picks up.

White Collar is a procedural dramedy…or…comedrama…wait…that sounds stupid…lets stick with dramedy….about a master thief/con artist helping the FBI capture criminals while trying to stay on the straight and narrow himself.  A concept that serves as a great foundation and a smart jump off for some very original ideas rarely seen on a typical procedural cop show.  As with most USA Network shows, White Collar doesn’t shine when it sticks to the monster of the week procedural formula.  It shines when they focus on their character’s chemistry and ONE all encompassing story arc.  If there is one thing you can say about USA, most of their shows have casts and characters WITH CHEMISTRY.  Whether that be Jeffrey Donovan, Gabrielle Anwar, and the LEGENDARY Bruce Campbell on Burn Notice….Gabrielle Macht and Patrick J. Adams on Suits…or here with Tim DeKay, Matt Bomer and Willie Garson on White Collar.  You like these characters and you like to see them have conversations with each other, no matter what they’re talking about.  This serves White Collar very well.

Where White Collar draws some critique is in its occasional tone shifts.  Where Catch Me If You Can is more drama than comedy, White Collar is more of the latter.  It feels more at home in the CUTE, light-hearted format.  For example, the tone of film The Sting, is where White Collar might want to stay.  However, there are instances where the show tries to get serious and dark.  However, it doesn’t ring very believable because its such a departure from the tone it has originally set.  Burn Notice is a show that can be fun then turn dark and it works because of the nature of the hero. (A Burned Spy)  A white collar criminal or con artist isn’t usually confrontational.  Danny Ocean isn’t ever going to beat the sh*t out of someone or kill anyone.  Neither should Neal Caffrey.

Now, I can’t blame the show runner Jeff Eastin too much for something that happens occasionally.  I’m willing to bet they’ve been knudged into shifting tone by USA during finales or sweeps.   Mainly because there is nothing that television networks love more than running an ad with somber music and a gravely voiced narrator whispering “On A Special Episode Of….Fill In The Blank” with text flashing across the screen that reads “ALL…BETS…ARE…OFF!”  And for the most part, Eastin’s show stays true to it’s better nature.

White Collar benefits from its concept, its cast, (Which includes KELLY F*#KING KAPOWSKI) and its cleverness.  Its good fun when it remembers it is supposed to be fun.  Watch it…then tell me I’m wrong.